Kim Kardashian must’ve been feeling nostalgic this weekend as the makeup mogul took to her Instagram Stories to share several intimate snaps taken at her wedding dress fitting in 2014.

Celebrating designer Riccardo Tisci’s birthday, Kim shared several photos of her Givenchy dress being fitted. In the low-key photos, some of which were taken on Polaroid, Kim can be seen trying on her jaw-dropping wedding gown, and wearing her wedding veil with very little underneath. 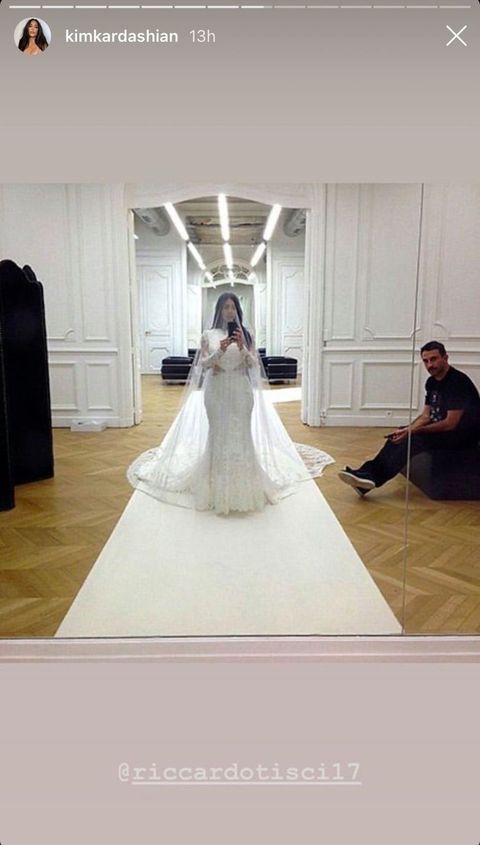 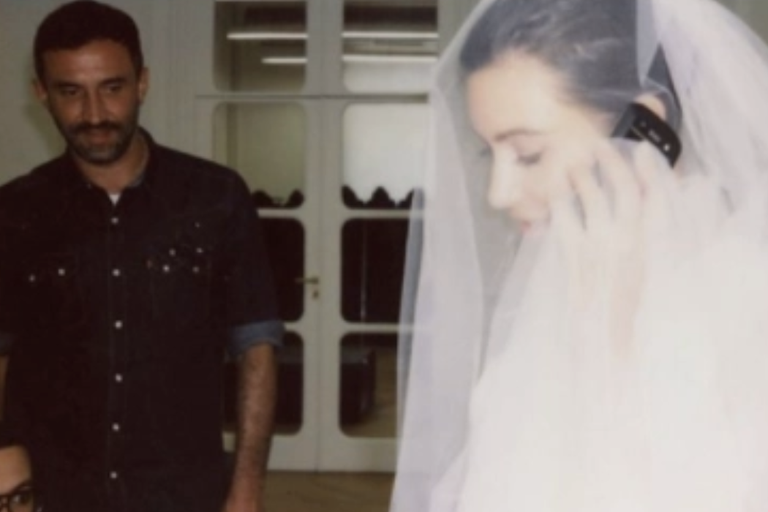 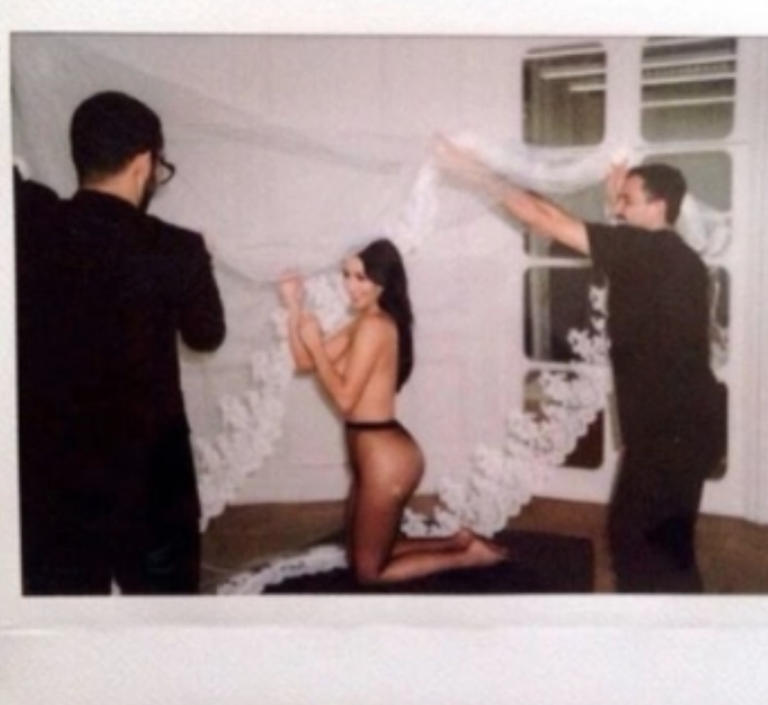 The bride previously shared the scantily clad shot when she wished Tisci a happy birthday in 2014.

Happy Birthday @riccardotisci17 I love you soooo much!!! Can't wait to celebrate with you tonight!!!!

Amid speculation about their relationship, Kim recently addressed husband Kanye West’s bipolar diagnosis in a series of Instagram Stories. She wrote, “I understand Kanye is subject to criticism because he is a public figure and his actions at times can cause strong opinions and emotions. He is a brilliant but complicated person who on top of the pressure of being an artist and a Black man, who experienced the painful loss of his mother and has to deal with the pressure and isolation that is heightened by his bi-polar disorder. Those who are close with Kanye know his heart and understand his words some times do not align with his intentions.”