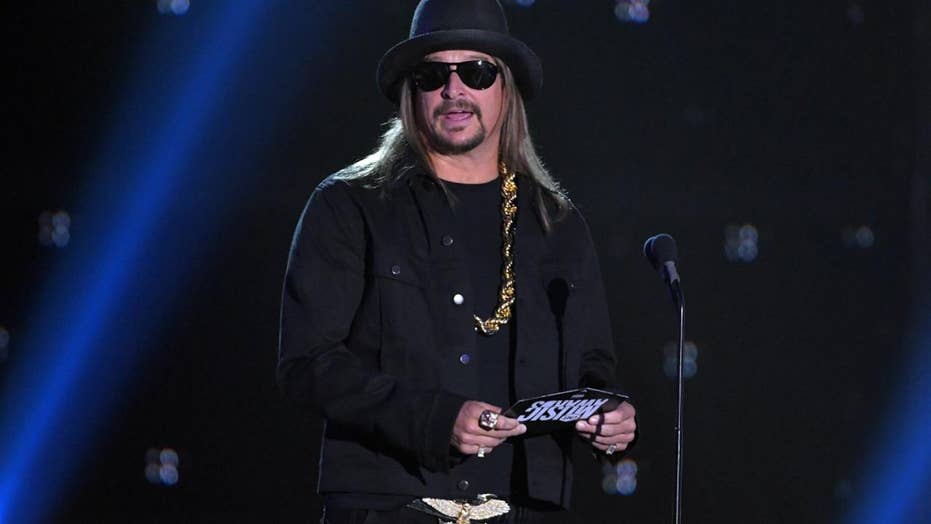 As Kid Rock arrives at the White House for President Trump’s meeting with Kanye West, he tells a reporter that Trump should fire them after he was asked if the president should fire Attorney General Jeff Sessions.

Kid Rock had a few choice words for a reporter as the "All Summer Long" attended the signing of the Music Modernization Act by President Donald Trump.

The 47-year-old musician was seen walking up the driveway to at 1600 Pennsylvania Avenue when a reporter tried to shout a question to him as he passed on his way to the West Wing.

‘He should fire you’

When an unknown reporter asked if Rock thought the president should fire Attorney General Jeff Sessions, the singer wasn’t having any of the political games.

“He should fire you,” the singer, whose real name is Robert Ritchie, yelled back as he walked by the reporter.

Rock will continue his support of Trump when he headlines a fundraising event on Wednesday for Republican Senate candidate John James, who President Trump endorsed, in Pontiac, Michigan.

West will discuss matters like prison reform, the African American unemployment rate and the surge in violence in West’s hometown of Chicago over lunch with Trump.