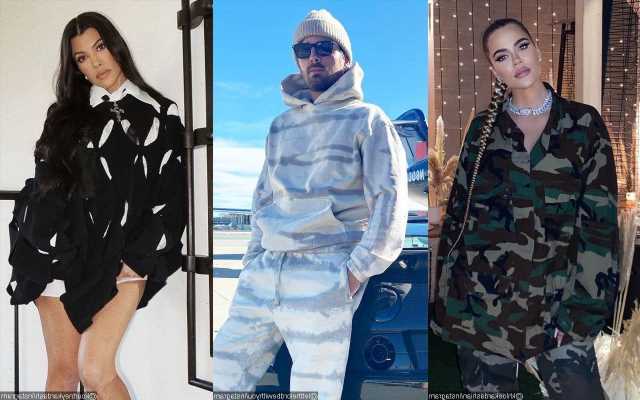 The ‘Keeping Up with the Kardashians’ alum, who has her own clothing line Good American, takes to social media to post a picture of custom Talentless merchandise laid out on her lawn.

AceShowbiz –Khloe Kardashian has proven that she has nothing against Scott Disick. Despite his drama with her sister Kourtney Kardashian, the Good American founder still showed support for the former “Flip It Like Disick” star by promoting his clothing line on social media.

Making use of Instagram Story on Thursday, September 9, the 37-year-old “Keeping up with the Kardashians” alum let out a picture of custom Talentless merchandise laid out on her lawn. They included sweatshirts and T-shirts with her name embroidered on them. In the accompaniment of the post, she wrote, “Thank you @talentless @letthelordbewithyou.” 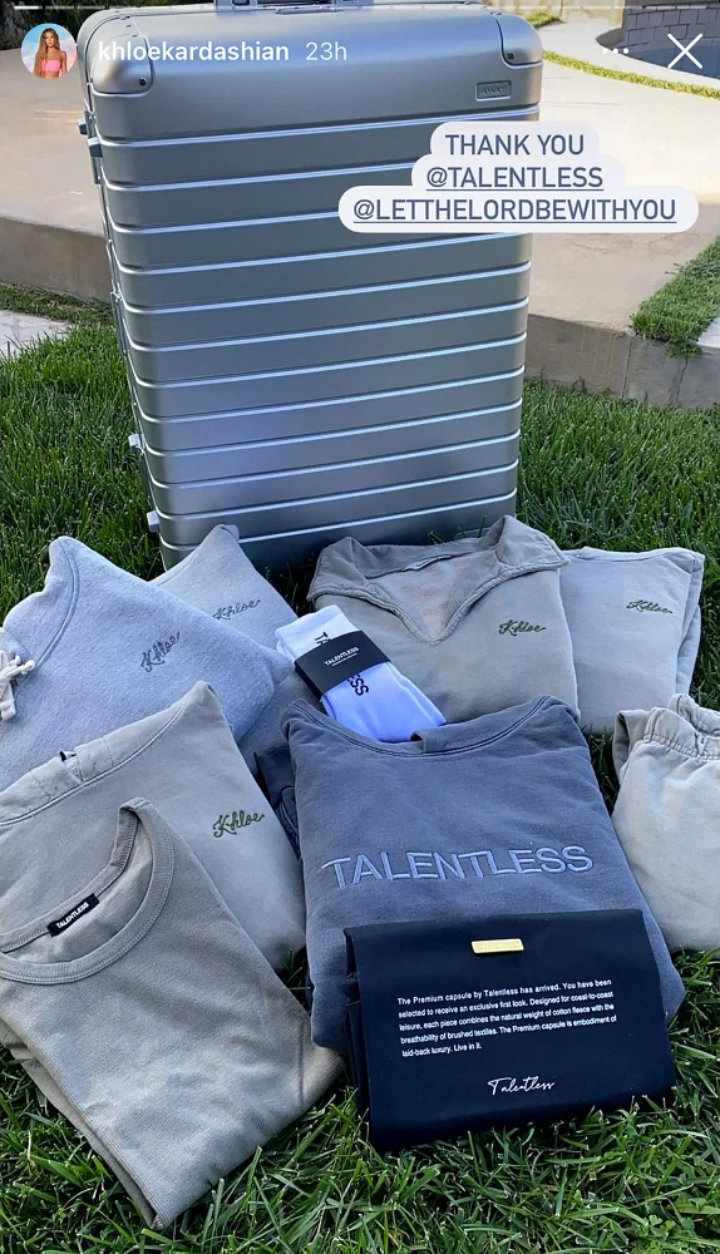 Khloe’s post came more than a week after Scott got exposed by Kourtney’s other ex, Younes Bendjima. In late August, Younes shared a screenshot of his DM from Scott with a photo of Kourtney kissing her current beau Travis Barker during a vacation. “Yo, is this chick OK!???? Broooo, like what is this? In the middle of Italy,” so read Scott’s DM, to which Younes replied, “Doesn’t matter to me as long as shes happy. PS: i aint your bro.”

Days later, Kourtney seemingly threw shade at Scott by sharing a cryptic message on Instagram Story. At that time, she shared a picture of a comic featuring a couple kissing. “Relax… This is going to hurt forever,” the woman in the picture said. In the caption, the mother of three wrote, “HOW TO GET OVER SOMEONE who treated you BADLY.”

The drama apparently has cost Scott’s relationship with Amelia Hamlin. They reportedly broke up earlier this month because the 20-year-old model “is done with Scott for now.”

While Scott might have a rocky relationship with Kourtney, he has been such a good friend for Khloe. In June, Scott defended Khloe after an online troll asked her, “who is she?!” in her Instagram post. Noticing the comment, he fired back, “Who isn’t she? That’s the question!”