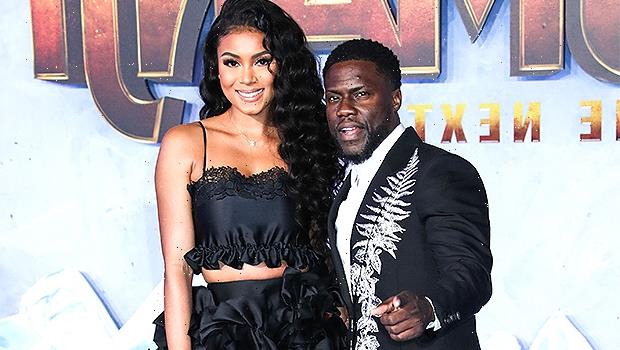 Kevin Hart celebrated his daughter Kaori Mai’s first birthday with an all-pink birthday party, fit for a princess! The comedian shared photos of himself and his wife enjoying the day with their little girl.

A very happy first birthday is in order for Kaori Mai Hart! Kevin Hart, 42, and his wife Eniko, 37, celebrated their little girl’s first birthday on Sunday October 3 with an over the top birthday party, where the couple went all-out for the little one. In the photos, Eniko held up the little girl in a frilly pink outfit in front of matching, flowery decorations. Kaori adorably tasted a sweet-looking cupcake with pink and white icing that her dad gave her!

In the series of photos, Kevin and Eniko both held their daughter. Kaori matched her daughter’s birthday outfit in a pink, flowery kimono. Kevin was a little more casual, and he wore a black t-shirt with a tiger printed on it. He really tied the whole look together with a rose gold watch that perfectly matched the party’s bright pink theme.

Eniko shared some of her own photos from the party on her Instagram, plus a video of everyone singing “Happy Birthday” to Kaori. The Irresponsible comedian’s wife also revealed that one of the presents they’d gotten for their daughter was a drum that definitely looked too big for Kaori to play with! She also showed off an extravagant banner with their daughter’s name written on it, surrounded by the pink rose petal decor. “BABY GIRL turns 1!” she captioned one post. “Happy Birthday Princess.” 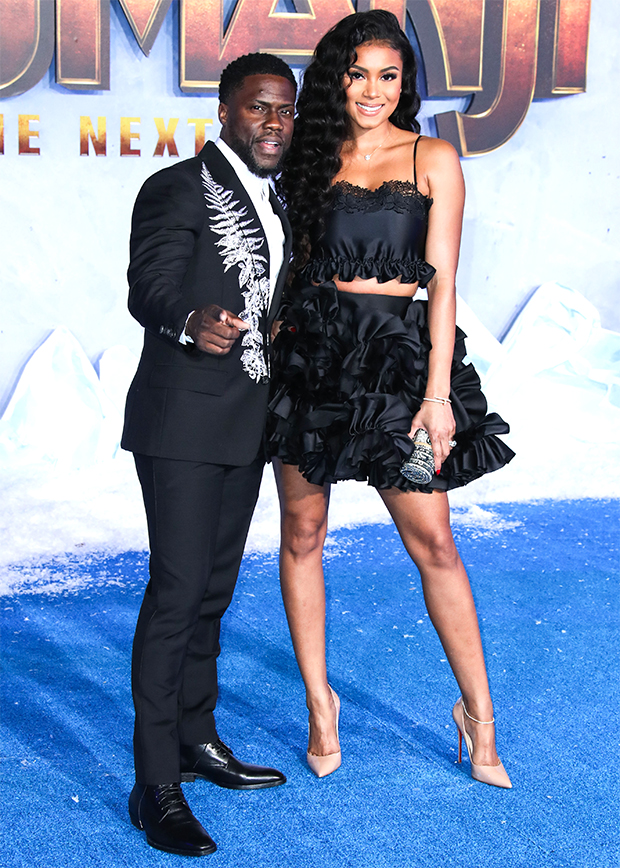 Kaori is Kevin’s youngest daughter. Kevin’s been married to Eniko since August 2016, and the pair also have a three-year-old son Kenzo Kash together, born in November 2017. Kevin also shares two children with his ex-wife Torrei Hart, whom he was married to from 2003 to 2011. Their older daughter Heaven Leigh, 16, was born in March 2005, and their son Hendrix, 13, was born in 2007.

Kevin is no stranger to going all-out for his kids to celebrate their birthdays. When Heaven turned 16, the Jumanji: Welcome To The Jungle star gifted her an $85,000 black Mercedes SUV for her birthday. Kevin’s also doted over his younger daughter. Shortly after her birth, he posted an adorable Instagram photo, which he captioned with, “All I can do is smile.”