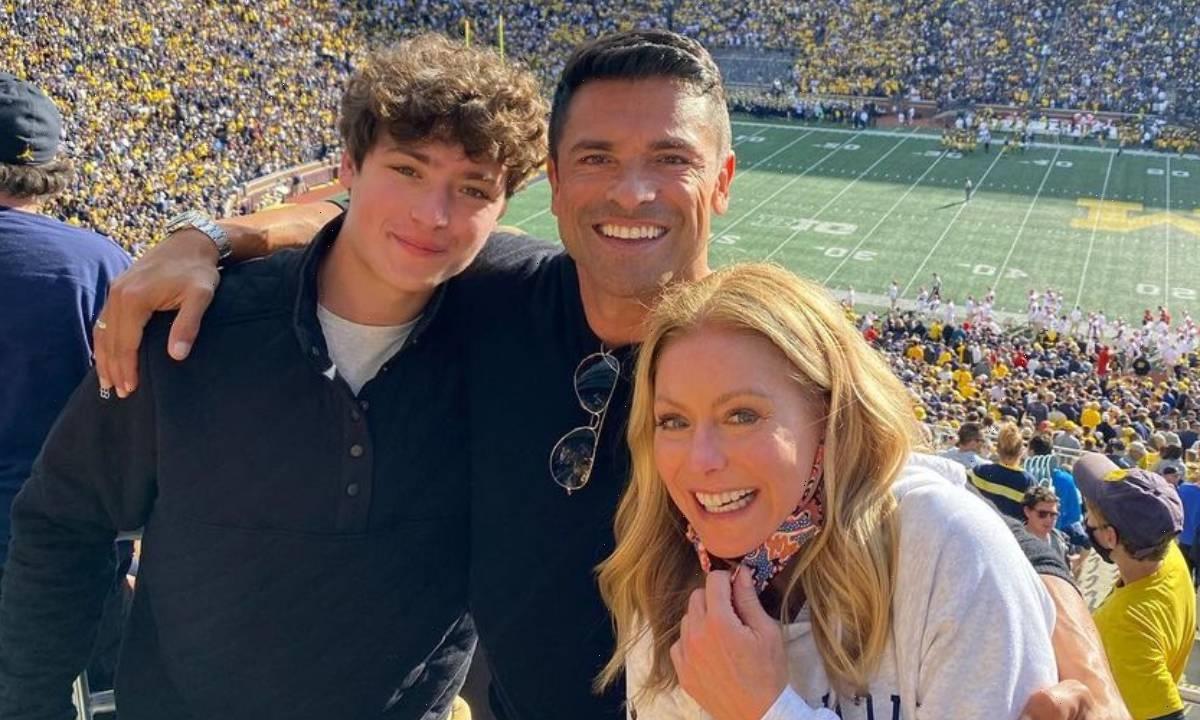 Kelly Ripa and her husband Mark Consuelos are such supportive parents!

The celebrity couple’s youngest son Joaquin is currently studying in Michigan, where he is a member of the wrestling team.

And over the weekend, it was announced that the team’s coach, Sean Bormet, had been named the NWCA National Coach of the Year.

Kelly and Mark both shared the news on their respective Instagram accounts, while the Riverdale actor also commented on the post on Instagram with an applauding hands emoji.

Joaquin has loved wrestling since he was a little boy and his parents couldn’t be prouder of him following his dreams in the sport while at college.

The pair have gone to visit their youngest son on several occasions, and even have a rental closeby where they stayed for several weeks at the start of the year.

Joaquin is the first of Kelly and Mark’s children to go to college away from home.

Their oldest two children, Michael and Lola, both chose to study at New York University. Michael graduated from college in 2020 and is now following in the footsteps of his famous parents as an actor, appearing in Riverdale last year as a younger version of his dad’s character Hiram Lodge.

Kelly and Mark with son Joaquin

Lola, meanwhile, is still studying, but is also interested in the performing arts. Joaquin’s university admission was even more special to his parents, as Kelly explained during a previous episode of Live.

The actress opened up about Joaquin’s learning disorders, including dyslexia and dysgraphia. At the time, the teenager was deciding on a college, and Kelly told co-host Ryan Seacrest that it had been an emotional time for her and Mark as parents.

“Mark and I were Facetiming the other night, and you’ll be surprised to know – because you’re nothing like this at all – Mark got very emotional and choked up and said, ‘I never thought he would be able to go to college,’ because he was profoundly dyslexic and dysgraphic.”