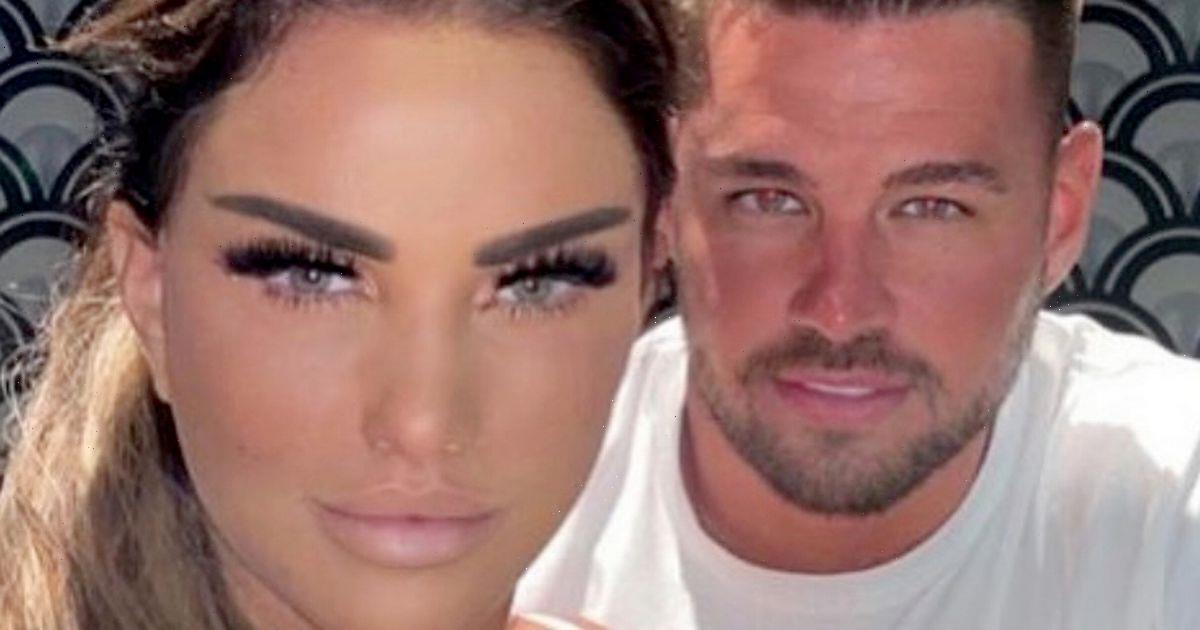 Katie Price's fiancé Carl Woods has revealed they are not getting married in Las Vegas.

The former glamour model, 43, and Love Island star landed in the US on 10 November and fuelled wedding rumours after picking up a marriage certificate.

Reality star Katie also sparked speculation on Monday 15 November that they were set to tie the knot as she posted pictures inside a chapel and said they were "done and dusted" with it all.

However, her 32 year old other half has since taken to his Instagram stories to announce they are not actually getting married in Sin City and the marriage certificate they bought was simply a clever prank.

Writing over a white background, he said: "I can confirm that @katieprice and I are not getting married in Vegas and never was.

"However, a $102 marriage license caused pure carnage and got the media all excited and s**t".

He later shared: "I mean, I have always said I wouldn't do anything similar or the same to what's been done before……."

Katie fuelled speculation that they were hours away from getting married after sharing clips from inside Romano Chapel in Caesars Palace.

The mother-of-five was spotted in bridal boutiques last week, before Katie gave her followers a glimpse inside the stunning Romano Chapel on her Instagram stories.

The intimate chapel offers an “unparalleled Roman wedding experience in the heart of Las Vegas.”

Alongside the video spanning the room, Katie teased: “Done and dusted with all this,” with an emoji sticking its tongue out.

She went even further by then sharing the interiors of a glitzy salon with the caption “hair amazing.”

It appeared as though she was preparing for her big day and would share her vows in the famous chapel that is “loved for its quiet and tranquillity” as it only holds up to 35 guests.

It comes after a source recently told OK! the pair had been ready to get married over the past weekend.

They said: "Katie has picked up the marriage certificate this morning and is planning on getting married in Vegas over the weekend.

"She wants a few days to get her tan built up, get her nails done and her hair done before the big day, as well as pick out a dream dress."

Unfortunately, the former I'm A Celebrity… Get Me Out Of Here! star's mum Amy is unable to fly due to her ill health.

The source added: "Amy isn't well enough to fly but Carl's parents will likely be flying out to watch the ceremony.

"Then when she gets back to the UK they'll have a registry office wedding with her kids all there and her mum, followed by a big party in Wales."

Stay up to date with all the latest on Katie Price and Carl Woods by signing up to OK!'s daily celebrity newsletter.