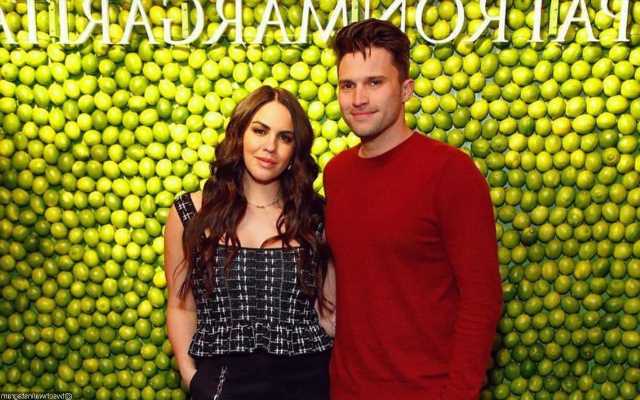 The ‘Vanderpump Rules’ star filed for divorce from her 39-year-old ex, who stars alongside her on the restaurant-based reality show, in March after they got married in 2019.

AceShowbiz –Katie Maloney is “not looking forward” to discussing her divorce from Tom Schwartz on TV. After she and her husband made the decision to go their separate ways in March 2022, the “Vanderpump Rules” star admitted that while it won’t be “easy” to open up about her divorce on the reality show, she would rather be “honest” on camera.

“I feel like Tom and I, we’ve always been very, very open with our relationship – the good and the bad – on the show,” Katie, who tied the knot with Tom in 2019 after over a decade of of dating, explained. “And it’s never easy. I don’t look forward to airing it. But I’d rather be honest than try to manipulate or cover up or paint it in a different light, or anything like that.”

However, the 35-year-old TV personality, who has starred alongside her 39-year-old ex on the restaurant-based reality series since it began in 2013, went on to explain that she has done “a lot of grieving and mourning” since the split and that any filming must capture where she is at now because she “can’t go back.”

<> Speaking on the “You’re Gonna Love Me” podcast, Katie said, “I can’t go back to where I was six months ago. It has to be where I’m at now. I’ve done a lot of grieving and mourning and healing. so I can’t pick at those wounds and make myself keep going back to places that I don’t want to go back to when I’ve come so far.”

Katie previously admitted that the split had so far been “very peaceful” and while there were “plenty of reasons” behind it, infidelity was not one of them. She said, “There are plenty of reasons [why I filed for divorce]. But it’s been very peaceful, very loving. There was no infidelity. We just grew apart, you know. We have a great friendship but things just happen sometimes, unfortunately. I’m always going to love Tom.”