Prince George is having to make some adjustments having started at a new school earlier this month, according to his mum, Princess Kate.

The nine-year-old and his siblings, Princess Charlotte, seven, and four-year-old Prince Louis officially started at Lambrook school at the start of September.

Prince Louis now attends the reception class in the pre-prep and George and Charlotte have joined year five and year three respectively.

And while Kate has previously confirmed that the trio have “settled in nicely” and “have new friends”, there’s one aspect to school life that George is still getting to grips with. 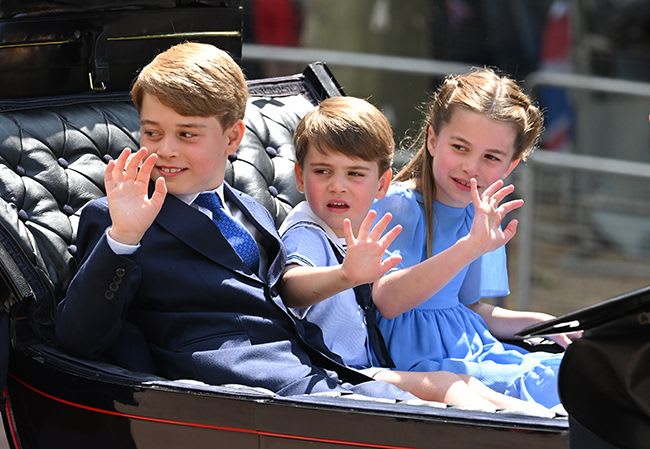 Speaking to a group of school children during her surprise visit to Wales with Prince William this week, the Princess admired their smart uniforms.

Noticing one boy was wearing a tie, she asked him: “Do you tie your own tie?” to which the little boy told her that he did. 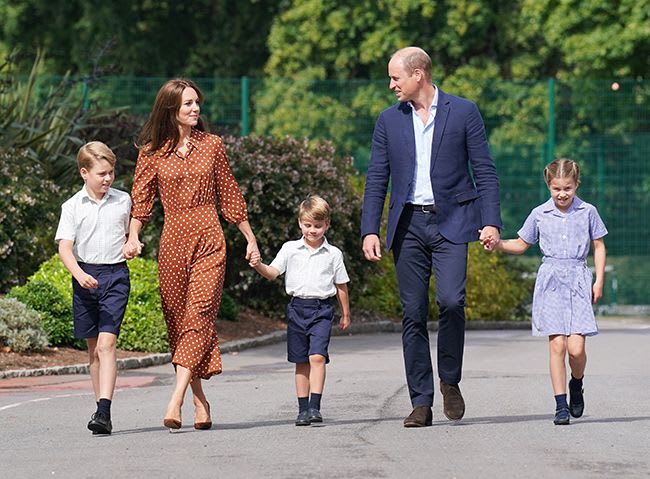 The siblings pictured on their first day at Lambrook

Kate then added: “Well done you. I’ve been teaching George because he has got to wear a tie now for school, so I’m having to teach him how to do it.

“But well done, you’ve done a good job with your tie. Nice to meet you.”

MORE: Where was Prince Louis during the Queen’s funeral?

Lambrook, a private school in Berkshire, is rated as excellent by Ofsted and is open to boys and girls between the ages of three and 13. 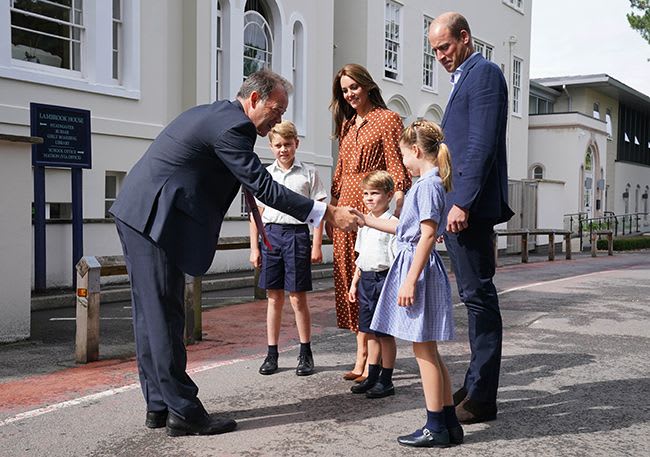 Prince Louis’ fee is £4,389 per term which totals £13,167 across all three terms. This will remain the same until he hits year three when the costs rise.

Years three and four are categorised as ‘lower school’ and come in at £6,448 per term, meaning Princess Charlotte’s education will set her parents back £19,344 per year.

Years five to eight are £6,999 per term meaning Prince George will be the most expensive child in school for the Cambridges, totalling £20,997.

Make sure you never miss a ROYAL story! Sign up to our newsletter to get all of our celebrity and royal news delivered directly to your inbox.