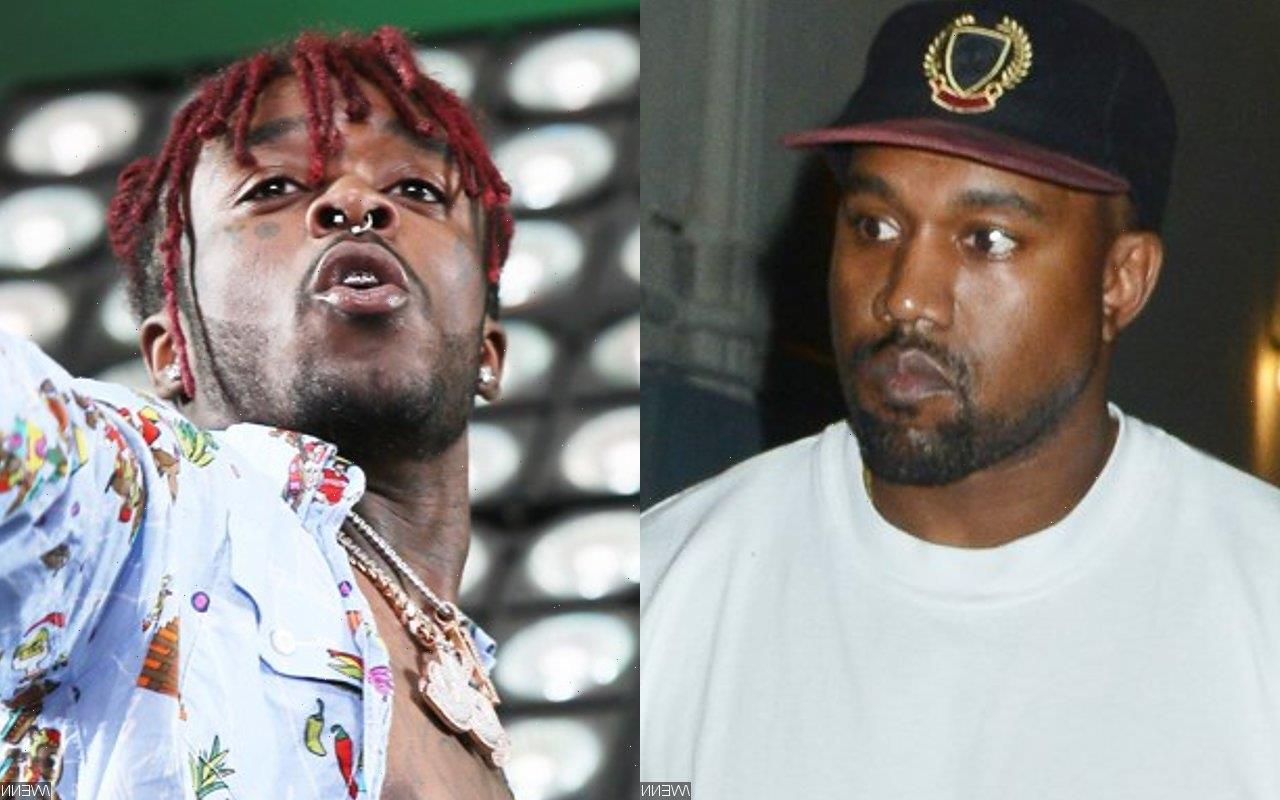 ‘The Way Life Goes’ rapper calls out the ‘Gold Digger’ hitmaker in his social media post after the latter sent the internet into a frenzy with an image of Drake’s Toronto address.

AceShowbiz –Kanye West currently becomes the most talked-about artist, with fans debating the delayed release of his “Donda” album as well as his reignited feud with Drake. Also joining the discourse was rapper Lil Uzi Vert as he dubbed the “Gold Digger” hitmaker “fake pastor.”

“Kanye a fake pastor [crying laughing emoji],” he wrote in a Twitter post he shared on Monday, August 23. His tweet was deleted immediately, but not before other users caught wind of it and shared the screenshot.

While fans weren’t sure where the 26-year-old rapper’s statement came from, they still joked around with him. When a fan responded, “And you a real devil worshipper,” the musician kept the conversation going and replied, “You get it my boy.”

Shortly after, another user told Uzi he was “mad” he got “left off” West’s upcoming album. In response, “The Way Life Goes” rapper, born Symere Bysil Woods, implied that he didn’t want the tweets to take away from his chances to get a “head bag mask thing.” He penned, “Chill bro before he don’t send my head bag mask thing.”

The Shade Room also reported Uzi’s since-deleted tweet via Instagram. In the comment section, Lil Mama shared his thoughts as saying, “Nahhh Uzi Grow up Bro.” Meanwhile, Lil Duval had another take as he commented, “I know that’s right….”

Uzi’s Twitter post came amid West and Drake’s reignited drama. Recently, the feud has heated up after the latter threw shade at the “Donda” artist on Trippie Redd‘s new song “Betrayal”. “All these fools I’m beefin’ that I barely know/ Forty-five, forty-four (Burned out), let it go/ Ye ain’t changin’ s**t for me, it’s set in stone,” reads Drizzy’s verse which appears to be directed at the estranged husband of Kim Kardashian.

West himself then seemingly hit back at Drake by posting a screenshot of a group chat of eight people where he added Pusha T. In the chat room, the “N***as in Paris” hitmaker could be seen sending an image of Joaquin Phoenix as Joker. Alongside the snap, he wrote, “I live for this. I’ve been f**ked with by nerd a** jock n***as like you my whole life. You will never recover. I promise you.”

On Sunday, August 22, West went on to unveil Drake’s Toronto home address on his Instagram page. Though the “Wash Us in the Blood” spitter quickly deleted the image, many of his followers took a screengrab of his post.

After West shared his address, Drake didn’t seem to be bothered at all as he laughed out loud in a video he posted on his Instagram Story. In the clip, the “Degrassi: The Next Generation” alum giggled to himself while he was riding in a car with the top down at night.