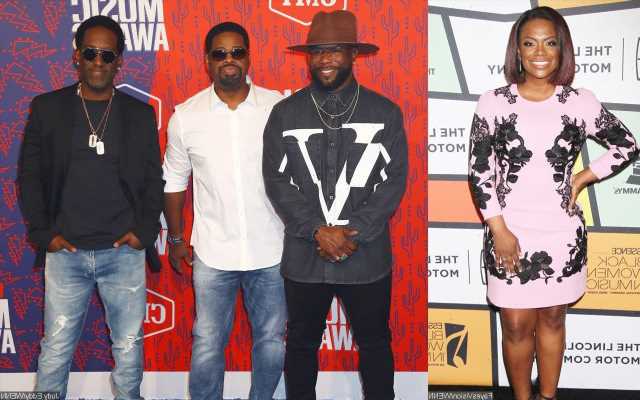 Calling out Wanya Morris for shading her in his response to her claims, the Xscape singer further talked about the matter in a new video on her YouTube channel.

AceShowbiz –Kandi Burruss stands by her allegations against Boyz II Men after she said that the group disrespect. Calling out Wanya Morris for shading her in his response to her claims, the Xscape singer further talked about the matter in a new video on her YouTube channel.

“I did so happen to see just a little clip of what Wanya said on, I guess his interview that he was doing, and clearly he did not understand why I was offended,” Kandi said. “Because the way he told the story is not how I felt okay. And then I noticed he tried to throw a little shade at the end, you need to be a housewife honey, but it’s all good.”

She went on saying, “I love the group Boyz II Men as far as them being artists, I think they’re amazing and I have no shade about them, their career, or anything like that. But what I will say is I did have a bad experience.”

Kandi shared that when she worked with the group, things were fine until they talked discuss business and discussed the ownership percentage of the two records of “Good Guy” and “Beautiful Women”. “I just said, ‘Hey guys, you know, how do you normally do your splits?’ And so, instantly [their] attitude shifted,” Kandi said in the video. She added that someone in the R&B group called her manager at the time and said, “And I can’t believe she even fixed her mouth to ask us about some splits.”

“Since then, you know, I mean I definitely have seen them, you know. We definitely have [spoken]. So it’s not like a thing of me holding grudges. But if someone asked me what was my worst experience, I’m sorry that is the truth,” Kandi continued. “And you can feel how you want to feel. But maybe you don’t realize, or maybe you don’t even remember Wanya how you came off at that time but you did. And those things were said, and I did take it that way, you know. I didn’t imagine it, okay. I did not imagine it and it definitely happened. It was disrespectful as f**k!”

Prior to this, Wanya said in an Instagram Live, “We’ve been taught you write [a song] and you split [songwriting credits] down the middle, that way there’s no discrepancies… we’re from the old school. We’re from the ‘aye, you write a lyric, I’ll write a lyric’… It’s really about just building this whole thing together.”