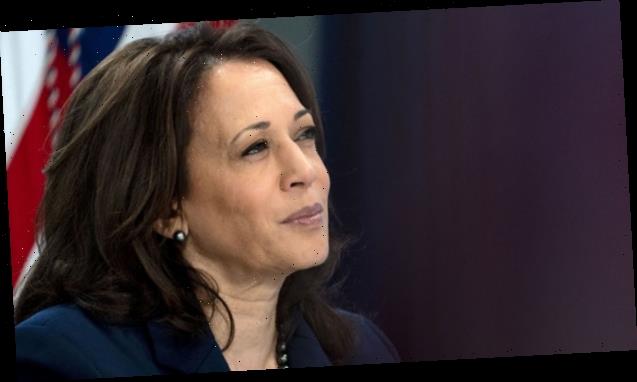 Vice President Kamala Harris now has a ‘Resolute’ desk that’s reportedly made of materials from the historic USS Constitution warship and Twitter users are complimenting her on it.

Kamala Harris, 56, is impressing Twitter followers with her unique office desk and it’s because there’s a lot of meaning behind it. The Vice President showed off a pic of her working at the desk, which was built by U.S. Navy Seabees and delivered to the White House in Feb., according to various outlets, including Military.com, in a tweet on Mar. 30. It was reportedly crafted from materials from the USS Constitution warship and features patriotic carvings of eagles and stars.

It was made using wood, copper, and nails taken from the Constitution during two renovations between 2007 and 2017, the outlet further reported, citing Paul Taylor, a spokesman for Naval History and Heritage Command, who was head of the project. Once Kamala showed off the Twitter pic and more pics were shown in official White House photos, Twitter users began to share words of approval. See a pic of the desk HERE.

“Love the history behind this desk – fitting for the occasion and the glass ceiling shattering VP,” one user wrote. “I love this so much. To respect and learn from our history – for better and worse – honours an aspirational future,” another tweeted. Others compared former President Donald Trump‘s new desk, which was revealed on Twitter by his former adviser Stephen Miller while attending a meeting at Trump’s Mar-a-Lago resort, to Kamala’s.

His desk includes a piece of metal used to build the US-Mexico border wall, according to The Independent, and a small bronze statue of Trump is on a table just behind it. One Twitter user wrote that it’s sad that Trump is “sitting behind a replica of the Resolute Desk in his office in Mar-a-Lago” and another wrote, “I swear Trump has absolutely no taste. If you have millions of dollars, commission a beautiful hand-carved desk from an artist.” 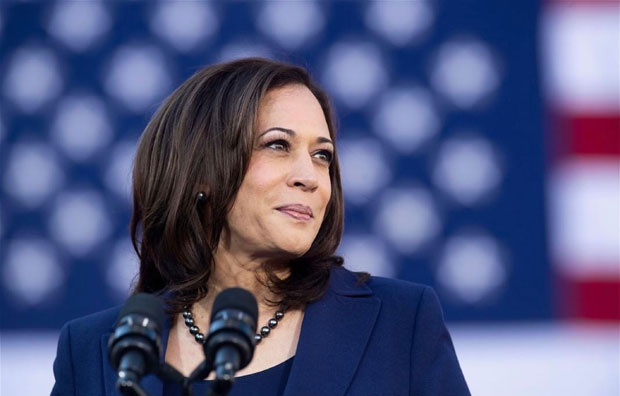 Although all eyes have been on Kamala and Donald’s desks, they’re not the only ones sitting at meaningful pieces of furniture. The office of the secretary of the Navy, which is currently occupied by Thomas Harker, was delivered one of just two (Kamala’s desk is the other one) “heritage desks” that were made by Seabees this year, Military.com reported. His is also made from warships, including the USS Chesapeake frigate, commissioned in 1794, and the USS Arizona that sank during World War II.