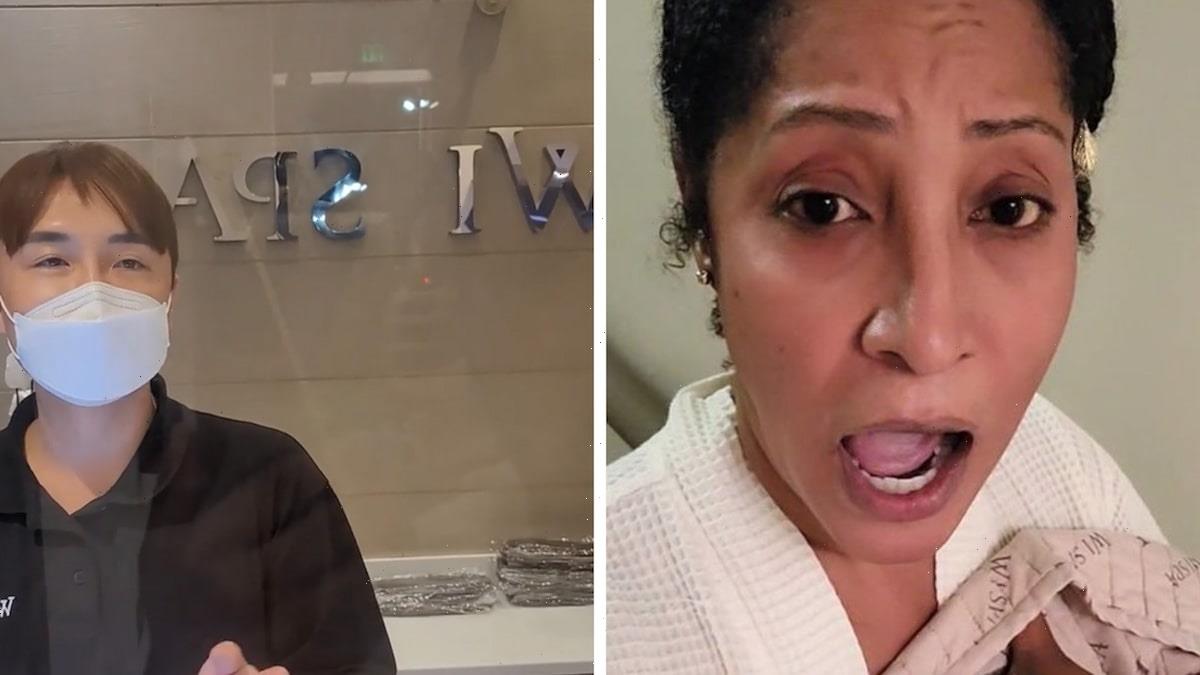 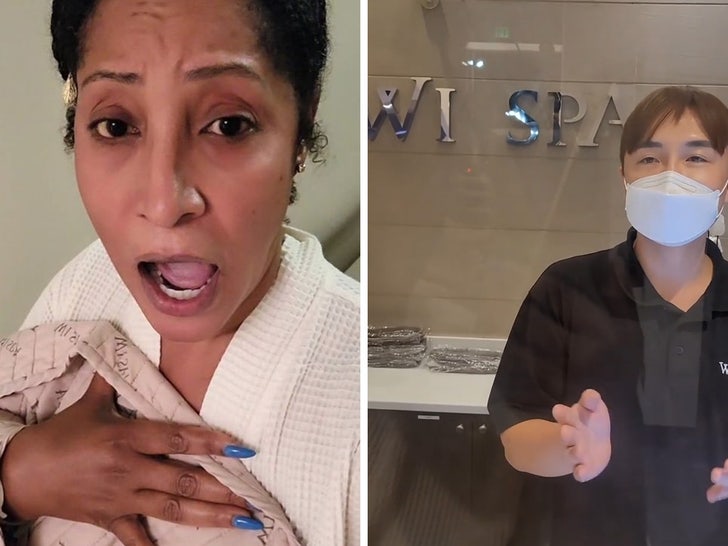 A spa in Los Angeles became the site of brutality this weekend after protests took place against a trans person … who allegedly revealed themselves to women in the female section.

Several people took to the streets of Koreatown Saturday for what you may consider anti-trans demonstrations … which were met by counter-protesters, with both groups clashing in violent ways — much of which was filmed and circulated online and made for crazy video.

In addition to accosting/provoking some of the protesters, they also reportedly tore up signage that they apparently considered bigoted and discriminatory. On the flip side … some of the anti-trans demonstrators also allegedly threatened and/or committed violence themselves.

One person claims they had a Wi Spa protester pull a gun on them … and posted video of a man who appears to take a firearm out of a backpack, and then tuck it into his waistband. When asked what it’s for, he’s heard on camera saying … “Something to shoot you with.”

The chaos all stems from a now-viral video from last week that shows a woman confronting the Wi Spa staff over what she claimed was a man who was sitting naked in the women’s side of the spa … allegedly exposing his penis and genitals to adults and children alike.

The Wi Spa staff seems to be fine with it … explaining to her that they respect trans people’s rights — and that, apparently, includes letting ’em go to the part of the facility they feel most comfortable in. That didn’t sit well with this woman — who essentially said she felt violated.

She gets into with other patrons … some of whom tell her to pipe down and to have some respect, but she stands her ground — repeatedly saying the trans person had a “d***.”

Somebody appears to have been ID’d as the trans person in question — but it looks like folks might’ve jumped to conclusions, because they’ve denied being the individual from last week … but have been attacked and threatened (physically and online, it seems) nonetheless.