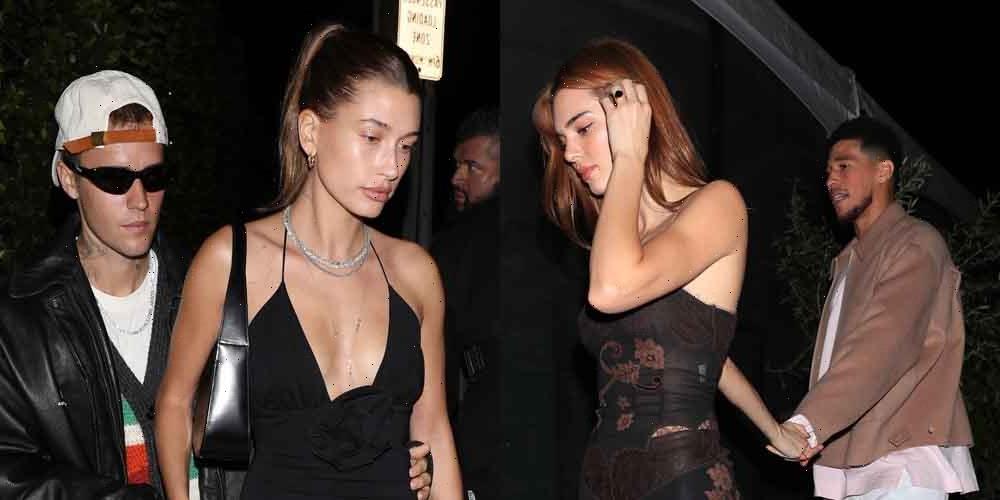 The 25-year-old model stepped out in a slinky black dress with matching boots, while the “Ghost” singer opted for a colorful crochet sweater with an oversized black leather jacket.

PHOTOS: Check out the latest pics of Hailey Bieber

The couple met up with friends Kendall Jenner and Devin Booker, who were also seen leaving the restaurant.

Hailey and Justin‘s outing comes after she was rushed to the hospital after experiencing “stroke like symptoms.” She later released a statement about her health scare, explaining that she had a blood clot that fortunately her body had passed on its own.

A few days ago, Justin opened up about the “really scary” situation.

Click through the gallery for all the photos of Justin, Hailey, Kendall and Devin in Santa Monica…