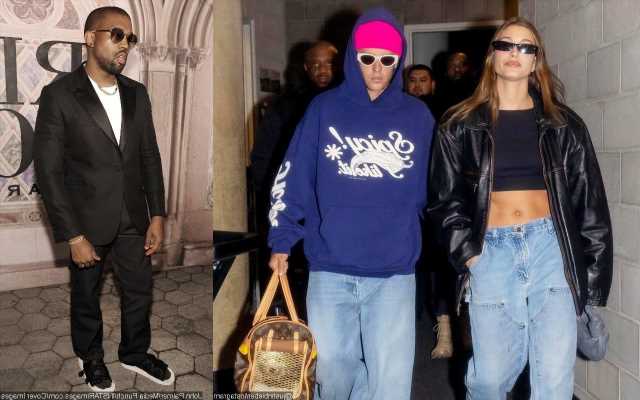 Justin’s model wife was targeted by the rapper after she voiced her support for Vogue editor Gabriella Karefa-Johnson, who publicly blasted Ye’s White Lives Matter apparel during Paris Fashion Week.

AceShowbiz –Justin Bieber thinks Kanye West “crossed a line” with his recent comments about his wife Hailey Baldwin. The 28-year-old pop star is said to be angry with Kanye, 45, after he recently spoke out against the 23-year-old model.

A source said, “Justin is very protective over Hailey. He is upset by Kanye’s attack on her where he said hurtful and untrue things.” Hailey was targeted by Kanye after she voiced her support for Vogue editor Gabriella Karefa-Johnson, who publicly blasted Kanye’s White Lives Matter apparel.

Justin is now “distancing himself from Kanye” and he’s keen to offer support to his wife. The insider told “Entertainment Tonight”, “He feels like he has been a true friend to Kanye, and tried to empathise with him in the past, but this crossed a line that he’s not OK with. Being there for Hailey and supporting his wife is Justin’s main priority, and he’s doing that and distancing himself from Kanye.”

The “Stronger” hitmaker has been widely criticised for his provocative new fashion line, which the Vogue editor described as “pure violence”. And after Kanye rubbished Gabriella’s criticism, Hailey took to social media to offer her some support.

Hailey, who has modelled for the likes of Guess, Ralph Lauren, and Tommy Hilfiger, wrote on Instagram, “My respect for you runs deep my friend! To know is to adore you and to work with you is an honor. (sic)”. The blonde beauty – who married Justin in 2018 – added, “The most kind. the most talented. the most fun. the most chic. (sic)”

Kanye responded to the post by calling the model “nose job Hailey Baldloose”. The outspoken star told Justin, “Get your girl before I get mad. You spose to be my friend right. (sic)”