AceShowbiz –
Things are seemingly going well for Justin Bieber and Hailey Baldwin as well as their families. The rumored married couple recently was photographed spending some quality time together with Justin’s mom after previously bonding with Hailey’s father.

Twinning in colorful outfits, the “Despacito” hitmaker and his model wife stepped out for a casual outing with Justin’s mom Pattie Mallette on Wednesday, October 24. Justin opted for a bright yellow sweatshirt, matching hat and navy pants, while Hailey looked beaming in an orange knitted sweater that she paired with comfortable denim shorts, showing off her toned legs. 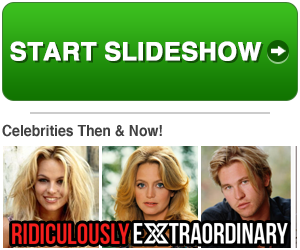 The two were snapped picking up Pattie from the Holiday Inn Hotel in Woodland Hills, California. Pattie joined them in an equally laid-back style, opting for camouflage pants and a black top.

Prior to this, the couple had some bonding with Hailey’s dad Stephen Baldwin. The trio grabbed a bit at Ca Del Sole in Toluca Lake, California. The hour-long meal on Tuesday went well before they split their way home. Stephen was seen giving his daughter a warm hug before turning to her Canadian husband for a little smack on the rear.

While it was such a sweet moment, an eyewitness told E! News that they had some sort of tension before exiting the restaurant. “When they came out Justin’s car had flat tire,” the source revealed. “They were arguing about something and Justin was upset.” But don’t be worry, the argument didn’t last long as the couple was seen back again looking loved up the next day.

The lunch with Stephen arrived about three months after Justin and Hailey got engaged during their vacay in Bahamas. Stephen was reportedly “thrilled to give his permission” when the 24-year-old pop star asked him for his blessing before getting down on his knee.

Following their romantic proposal, it was rumored that they got legally married after being spotted at a New York City courthouse last month. “They didn’t tell anyone they were doing it,” an insider claimed. “They are doing a separate ceremony out of the country with a few family members soon as well.”