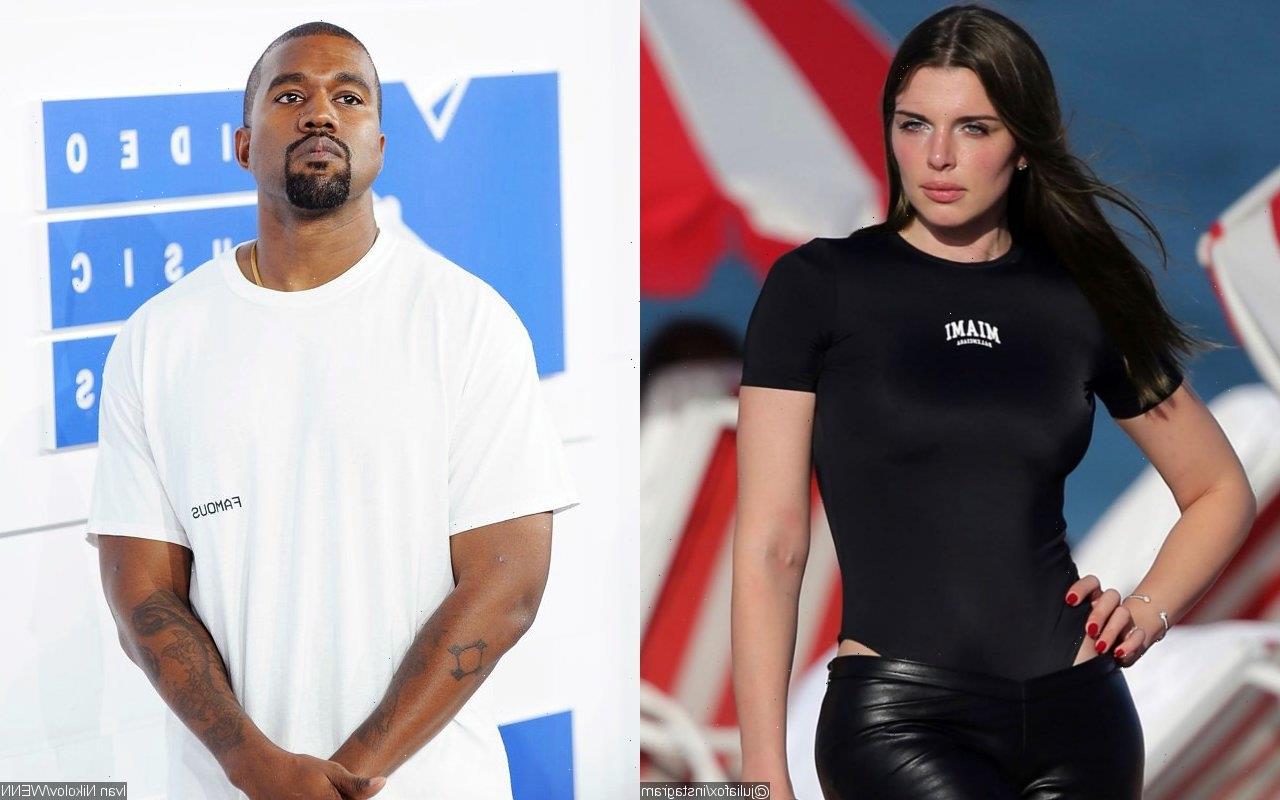 Breaking her silence on her relationship with the ‘Good Life’ rhymer, the ‘Uncut Gems’ actress says, ‘It was an instant connection’ after they met in Miami on New Year’s Eve.

AceShowbiz –Kanye West clearly has no intention to keep his relationship with Julia Fox private. After it was reported that he brought his own photographer on his dates with the actress, steamy pictures from their second date night have been officially released online.

Making their way out via Interview, the photos captured the pair’s intimate moments post-their Broadway date. In one snap, the two were seen making out with the actress leaning against a wall in Ye’s hotel suite.

Two other shots featured the Yeezy designer laying on the floor with Julia on top of him. The Italian-born beauty straddled the Atlanta native as they appeared to share more smooches. Other images had the brunette star trying on some clothes in front of the rapper.

To the magazine, Julia opened up on her new romance with Kanye. “I met Ye in Miami on New Year’s Eve and it was an instant connection,” she said. “His energy is so fun to be around. He had me and my friends laughing, dancing, and smiling all night.”

After hitting it off in Miami, they “decided to keep the energy going and fly back to New York City to see Slave Play,” so the 31-year-old actress said. She continued, “After dinner Ye had a surprise for me. I mean, I’m still in shock. Ye had an entire hotel suite full of clothes. It was every girl’s dream come true. It felt like a real Cinderella moment.”

Julia went on gushing about her connection with Ye, “Everything with us has been so organic.” She added, “I don’t know where things are headed but if this is any indication of the future I’m loving the ride.”

Page Six previously reported that Kanye has hired a photographer to follow him around to document his activities for a potentially larger project about his life. “He’s decided to take matters into his own hands,” a source said of the father of three. “He has an incredible life, he meets the craziest people on the planet. He realized maybe he should have an album of his life.”