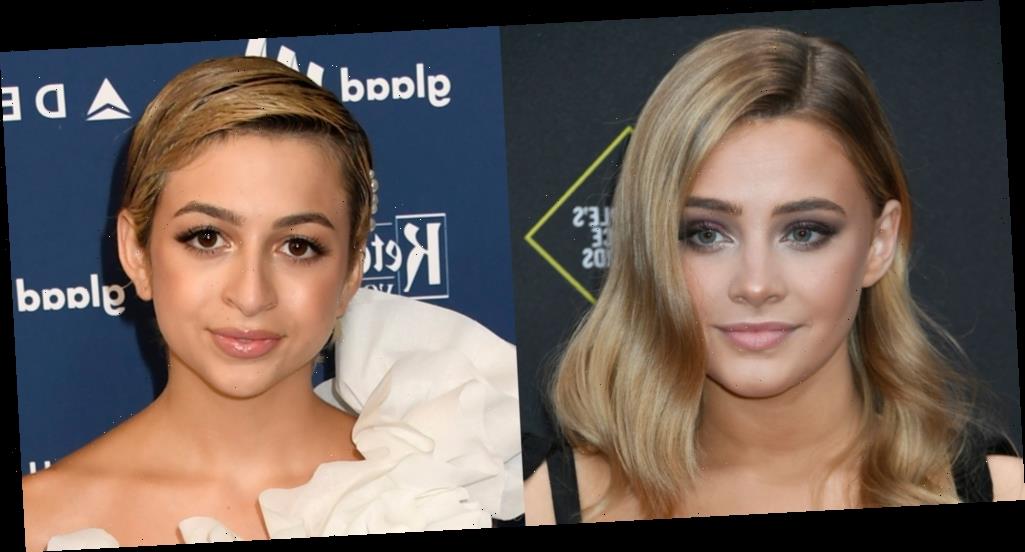 The new movie Moxie is coming out TOMORROW (March 3) on Netflix!

Two of the film’s stars, Josephine Langford and Josie Totah, recently opened up about the feminism and girl power theme of the movie.

“It’s definitely an important film because a lot of the issues in it are really relevant. It talks about bias in school dress codes we’re seeing come up more … and more attention is being drawn to this,” Josephine told TooFab. “And [the film is] just about speaking up. It touches on intersectionality and feminism and generational differences in activism and how different generations choose to advocate differently, you know, the younger generation [advocates] more with social media. And so I think it just touches on a lot of really relevant things for the time that we’re living in.”

“There are lot of different things people can take from the film about not just feminism, but family and friendships and speaking up,” she added about what she hopes people take away from the movie. “The overall message that I would hope people get from it is to find your voice and find your moxie — that might just be speaking up in other areas of life, like at school, in your family or in the workplace with friends, but just learning how you can speak up.”

Josie dished about the film’s depiction of marginalized and disenfranchised groups.

“I’m so happy that this film can be made and depict multiple women from multiple different backgrounds,” she also told TooFab. “And these are experiences that happened in real life and they continue to happen. And in order for that to change, there needs to be concrete growth. And I do think this movie is a step in the right direction.”

“Amy Poehler is a powerhouse. She is an incredible tour de force human being. But also she’s an incredible ally,” she added about the film’s director. “And I think her intention to really making this film so inclusive, so representative of the different identities that exist in real life and telling their stories authentically, not just for the art of tokenism or for show was so incredible and so wonderfully refreshing.”

If you haven’t already, be sure to watch the Moxie trailer here, and tune in to Netflix TOMORROW (March 3)!