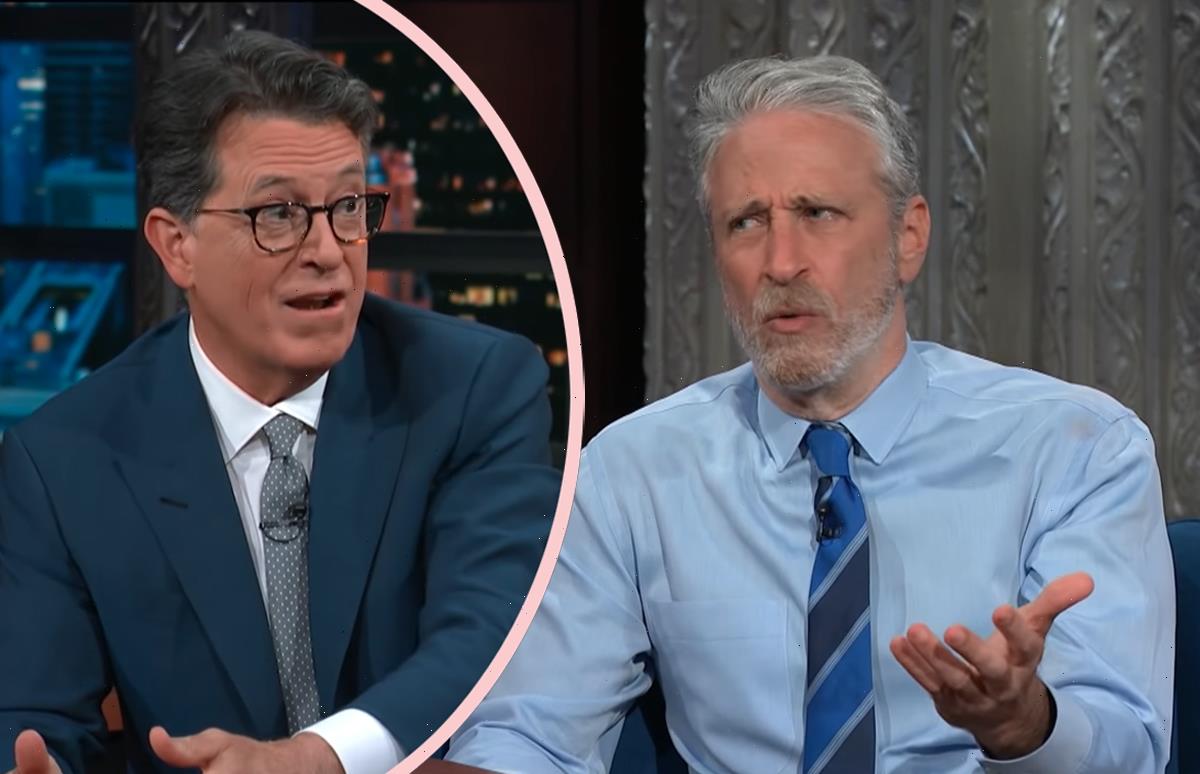 Well, this is disturbing.

Back during his The Daily Show days, Jon Stewart was literally “the most trusted man in America.” Seriously, TIME did a poll in 2009. The guy who was on The Late Show on Monday night? He sounded more like a cranky uncle who read one Drudge Report headline and decided he was an expert.

The former Comedy Central star stopped by for a visit with his old friend Stephen Colbert, and things got awkward FAST when Stewart made it clear he had bought in wholesale to the Wuhan Lab Theory — and basically sounded like he had decided he was anti-science altogether. Oof.

It began with the Naked Pictures Of Famous People author talking about how little science had changed since the 2018 pandemic. When Colbert asked what he thought of today’s science — which had quickly created vaccines that allowed Stewart to be the show’s first guest back in the studio, he responded:

“So I will say this, and I honestly mean this — I think we owe a great debt of gratitude to science. Science has, in many ways, helped ease the suffering of this pandemic… which was more than likely caused by science.”

Colbert was visibly taken aback. He asked if he was talking about there being a chance COVID-19 was developed in a lab by Chinese scientists, something which is currently under investigation — and which has been taken as gospel for some time by Donald Trump and his followers, who were eager to toss around blame.

He then went on a very simplistic rant about it, saying sarcastically:

It took about two minutes for Colbert to get a word in edgewise, agreeing that at the least it’s something that should be investigated.

“Stop with the logic and the people and things. The name of the disease is on the building!”

Colbert pointed out it’s possible it’s not even a coincidence — just that there’s a higher incidence of coronavirus coming out of the area due to the bat population and the wet markets and whatnot, hence there being a lab to study it. He later joked about the idea of a Daytona Spring Break herpes lab being blamed for all the herpes.

Stewart was not having it. As they debated, Colbert joked that Stewart was now working for Republican Senator Ron Johnson, who has been a major source of misinformation about COVID, the January 6 attack, and more.

“This is not a conspiracy!”

Then he went even more in depth with his apparent anti-science stance, saying:

“But this is the problem with science. Science is incredible, but they don’t know when to stop and no one in the room with those cats ever goes, ‘I don’t know if we should do that.’ … They’re like, ‘curiosity killed the cat, so let’s kill 10,000 cats to find out why.’ That’s what science does, they push things.”

He then opined that scientists were “going to kill us all.”

The segment had conservatives going wild on social media, praising Stewart for owning the libs and fighting back against the mass media conspiracy to cover up the truth. Donald Trump Jr. and Dinesh D’Souza applauded the former Daily Show host. Anti-LGBT former governor Mike Huckabee called him “the kind of liberals we used to have in America.” Remember, this was the same lot that was happy to say the pandemic was a liberal hoax and not that bad and basically just the flu before it killed half a million Americans. You know, those people who now trust Jon Stewart? Sigh.

See the wild, unscripted moment (below):