Joe Jonas and Sophie Turner have officially welcomed their second child into the world! Representatives for both of the stars confirmed the news to People. “Joe and Sophie are happy to announce the arrival of their baby girl,” the reps said. The couple’s oldest daughter, Willa, was born in 2020.

Sophie confirmed her second pregnancy in an Elle UK cover story in May. “It’s what life is about for me–raising the next generation,” Turner said in the interview. “The greatest thing in life is seeing my daughter go from strength to strength. We’re so excited to be expanding the family. It’s the best blessing ever.”

A few weeks later, she and Joe were hitting the Met Gala red carpet and showing off her super cute bump. 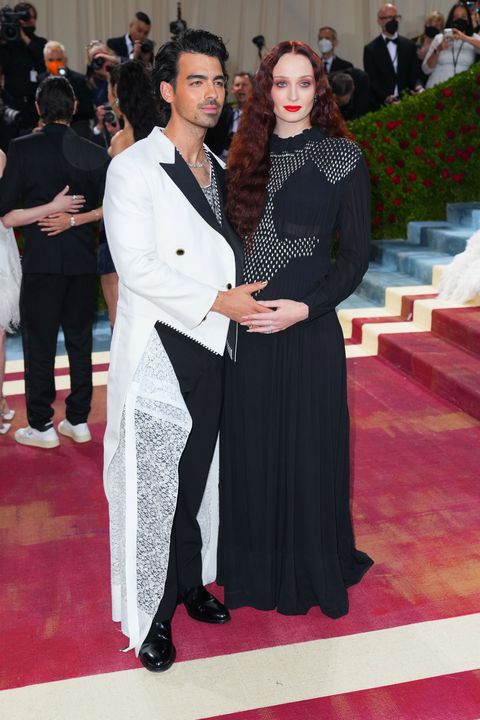 Back in March, a ton of rumors started circulating that Sophie was pregnant with their second child, mainly due to a source telling Entertainment Tonight that she was. “Sophie and Joe were overjoyed to learn they are expecting a second child,” the source said. “They both have siblings and didn’t want their daughter to be an only child and have talked about having a bigger family. The couple recently celebrated Sophie’s birthday as well as the pregnancy.”

The duo waltzed along the Vanity Fair Oscar Party red carpet shortly after, and Sophie’s gorgeous red gown seemed to be hiding a growing bébé. 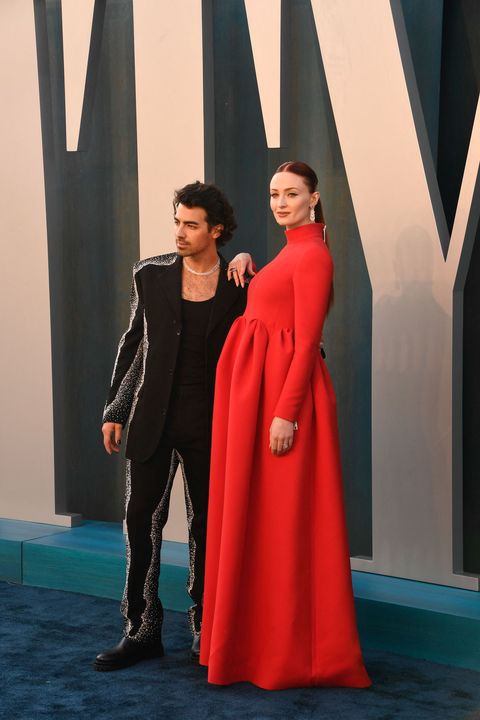 Sophie and Joe’s second baby girl is the latest addition to the ever-growing group of Jonas cousins. Nick and Priyanka Chopra Jonas welcomed their first child, a baby girl named Malti, in January via surrogacy, while Kevin and his wife Danielle have two kiddos of their own.