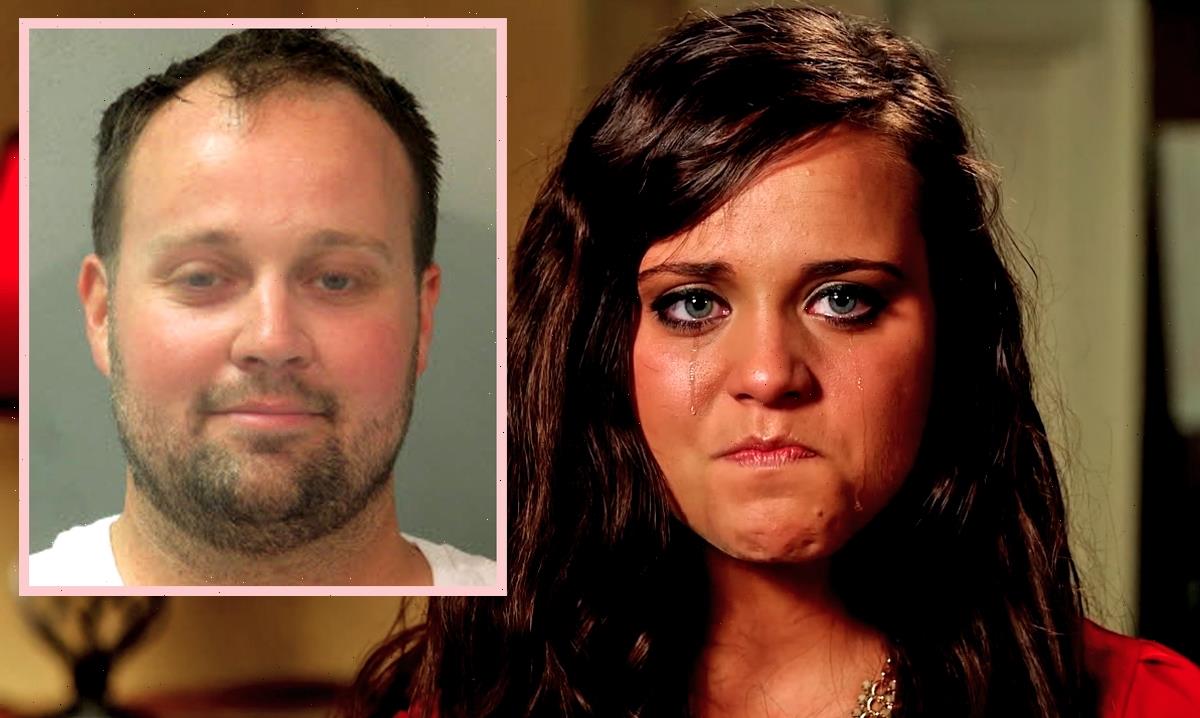 It seems all of the Duggar family members are finally breaking their silence as they find the words to respond to Josh Duggar‘s child pornography conviction.

This time it’s Jinger Vuolo. The 27-year-old was at ground zero the first time her brother was accused of a crime, after he confessed to his parents that he molested four of his younger sisters when he was a teenager, something she called in her book “the worst trial in our family history.” Yeah, turns out an even more disturbing trial was on the way.

In The Hope We Hold: Finding Peace in the Promises of God, which was published this past May, Jinger almost made it sound like the pain of the scandal going public was as bad as the original crime. She referred to Josh’s actions as “some sinful choices” and said “they had dealt with it as a family.” Maybe it’s because of how young she’d been at the time, maybe it was how Jim Bob Duggar pushed them to think about it, but it really felt like it was sparing Josh. Heck, she didn’t even mention his name in the book.

In response to Josh being found guilty of receipt and possession of child pornography, however, Jinger and her husband Jeremy Vuolo released a lengthy statement on Instagram that did not cut her brother any slack. They wrote:

Wow, for a Christian we’re pretty sure that’s about as harsh as it gets! It’s pretty clear she and Jeremy are incensed by what Josh did. They wrote:

“Josh claims to be a Christian. When a professing follower of Jesus is exposed as a hypocrite, the response of many will be to challenge the integrity of Jesus himself. They’ll question the legitimacy of a Savior whose so-called followers privately delight in the sins they publicly denounce. This is why the Apostle Paul told religious hypocrites that ‘the name of God is blasphemed among the Gentiles because of you’ (Romans 2:24). For Josh, we fear for his soul.”

Whoa. “Exposed as a hypocrite.” She wasn’t pulling punches this time.

We’re not sure how many folks are out there are questioning the teachings of Jesus because of Josh Duggar. Even most of the critics of 19 Kids and the way Jim Bob raised his children before the scandals weren’t attacking spirituality in general but rather this perverted version of religion that’s practically become like a personality cult. Frankly, the kind of belief system that prioritized the reputation of one son over the health and safety of several daughters.

“This reality makes the existence of sex trafficking and child abuse one of the most horrific evils imaginable. It is an evil God hates.”

Yeah, believe it or not, non-Christians also think sex trafficking and child abuse are the worst.

Jinger had a whole sermon attached, which you can read (below), but she concluded:

“We are thankful to God for exposing Josh’s actions and to a legal system committed to protecting the innocent and punishing the guilty in this case. We are grateful for justice. We are praying for further justice, vindication, protection, and healing for all those who have been wronged.”

Like her sister Jill Dillard, it’s clear Jinger is convinced Josh is guilty of these crimes. That’s good. Frankly we’d heard some of the family were rallying around Josh, and we were worried about who would continue to defend him.

It is something we feel Jim Bob Duggar needs to answer for, for a number of reasons.