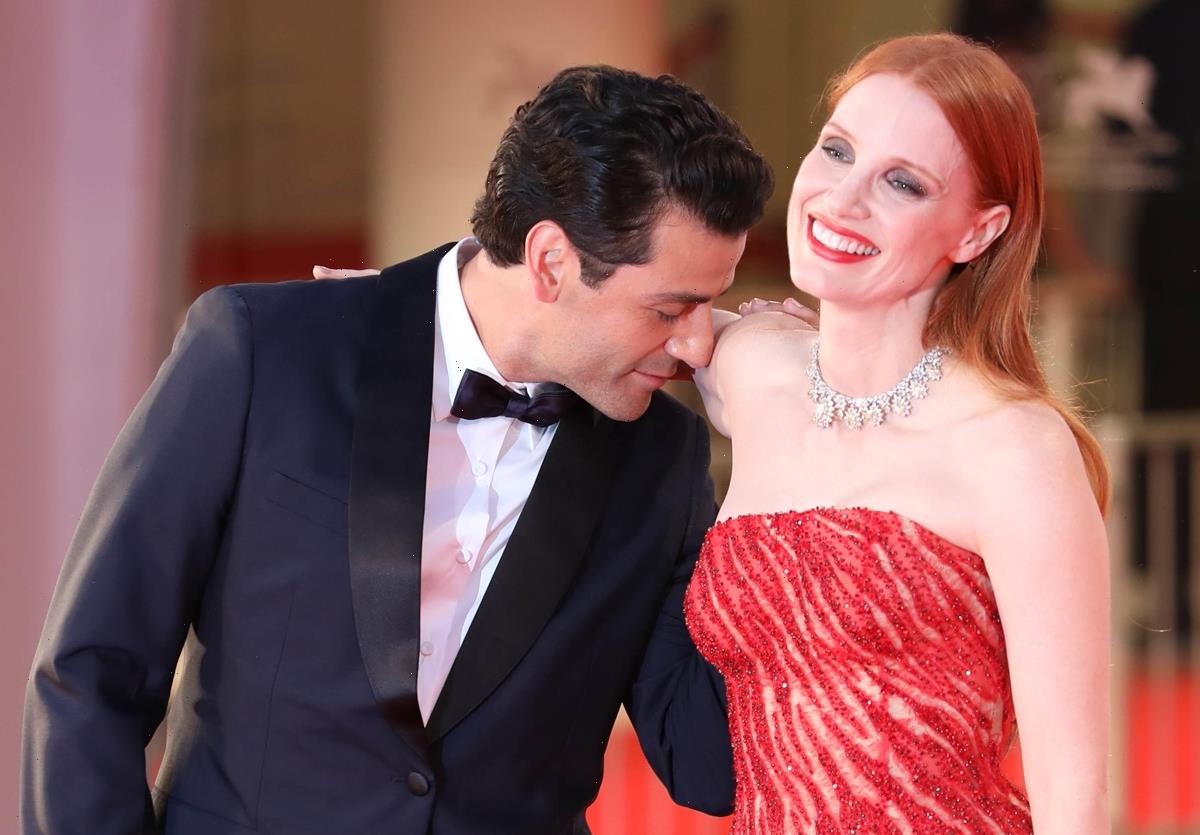 The Oscar nominee has posted her own response to the viral Oscar Isaac red carpet moment that had everyone online in a tizzy this weekend.

If you didn’t catch it, the co-stars were at the Venice International Film Festival to promote their upcoming HBO limited series Scenes From A Marriage, a remake of the acclaimed classic from Ingmar Bergman. But it wasn’t the heat of the project that had everyone buzzing on Saturday; it was the burning chemistry on the red carpet!

Jessica and Oscar — who have known each other for 20 years after attending Juilliard together and previously played husband and wife in 2014’s A Most Violent Year — shared a warm embrace that turned into something so hot the entire internet needed to fan itself for a few hours.

That first moment when the Star Wars star sniffs her arm, it just gave Twitter chills! Folks slowed down the video, remixed it with sexy music, and generally got very, very thirsty.

Here’s a taste of some of the reactions:

I’m not sure another human has ever looked at me like that–including my parents the minute I was born.

We really have to talk about how the sexlessness of modern cinema has hobbled the career of Oscar Isaac, a man who was seemingly born to smolder onscreen.

Then of course there were those who didn’t think the playful PDA was sexy at all but kind of wrong — especially considering Oscar and Jessica are both married to people who are NOT one another!

Tried this move once. I only have 50 hours of community service left.

Isn’t Oscar Isaac married with a kid? He’s about to have “Scenes From a Marriage” IRL

Not to worry though, as Oscar’s wife Elvira Lind was right there with him in Venice.

Others couldn’t help but note that Oscar also plays Gomez Addams in the recent animated The Addams Family film — and the kissing up the arm is very much that character’s move.

It was along that vein that Jessica responded, tweeting out:

And the most genius thing? Anticipating that her response to the viral sensation would also be seen by a lot of people, she used the opportunity to get that plug in there! See, September 12? That’s the date of the premiere of Scenes From A Marriage, at 9 P.M. Eastern on HBO!

If their red carpet intimacy is any indication, the miniseries is going to be anything but “sexless.” Will YOU be tuning in??