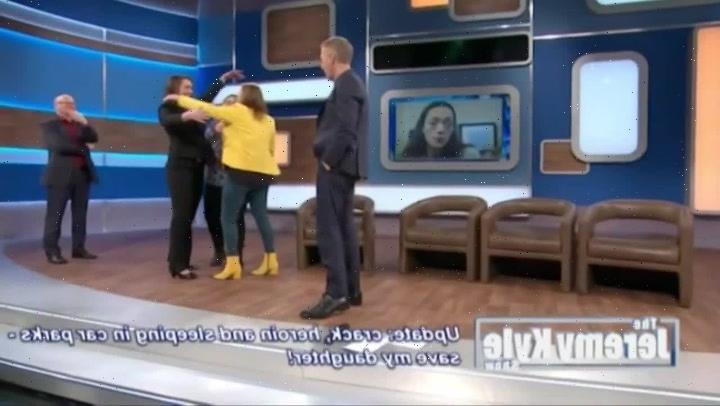 Jeremy Kyle has announced his triumphant return to broadcasting with a brand new radio show on talkRADIO.

The 56 year old presenter, who recently spoke about “being cancelled” after his controversial ITV series The Jeremy Kyle show was axed in 2019, promised the new programme will be a “rollercoaster”.

The dad-of-five also shared he’s looking forward to lively debate and “honesty”, as he gave his first interview about the project with regular host Mike Graham.

The presenter then explained that he will follow in TalkRADIO’s current values about being a platform for people to be invest in “debate on honesty and openness”.

“And people will go ‘Yeah but that’s the bloke who shouted a lot. That was a TV show.’ This is a radio show that will be about the people who listen and watch it.

“But people like you and I will have a strong opinion, doesn’t make us right the whole time does it? How naive would you be to go ‘Oh I’m always right 100 per cent of the time.’”

Jeremy went on to explain how he felt about the wave of opinionated celebrities getting “cancelled”, and that he has experienced the phenomenon himself.

“In a democracy you should be able to ask and say what you want,” the author shared. “If you don’t like the response you don’t then throw your toys out the pram.

“It’s what I said. Listen I’ve been cancelled. In this world it seems now that unless you follow a certain path, you’re labelled.

“And you have to fight back, this is what I think, I don’t know what you think, but Julia [Hartley-Brewer] and you, and people like me, we wouldn’t be here doing this unless the people out there watching and listening to this actually agree.

“And maybe in time they’ll raise their heads above the parapet.”

It followed the suspected suicide of 63 year old Steve Dymond, as the show participant was found dead a week after he’d filmed his instalment.

The programme was ultimately cancelled after widespread uproar from the public and members of parliament over mental health concerns for participants when it was revealed Dymond had failed a lie detector test on the show, during which he was called a “serial liar” by the presenter.

In an interview with The Sun, Jeremy said the show’s cancellation left him “completely devastated”, and he suffered from his own mental health struggles – saying “I just couldn’t bring myself to leave the house or even open the curtains.”

But while the journalist admitted he thought celebrities complaining about their struggles should “get a grip”, his own experiences made him realise “you can’t always do that”.

“I never thought they would affect me like they did,” he told the publication. “That was a shock — but I’ve always said, ‘If you have a problem, admit it, and then seek the proper help’. So that’s what I did.”

To read more about Jeremy Kyle, sign up for OK!'s daily newsletter here.