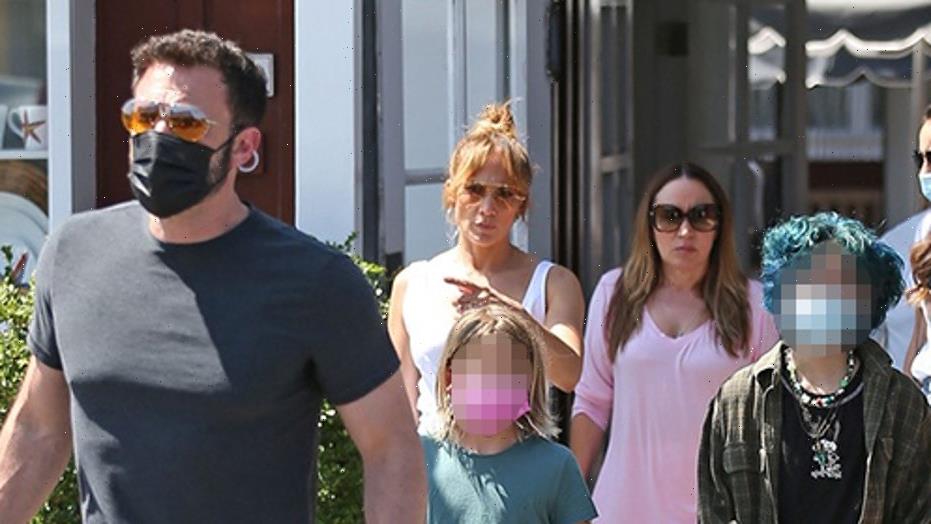 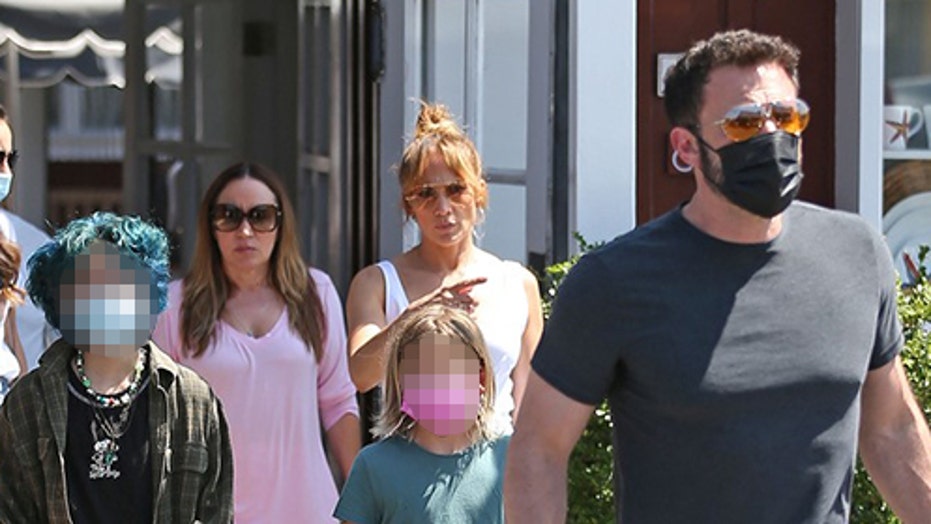 Jennifer Lopez and Ben Affleck are bringing their families together.

On Friday, the actors stepped out for a lunch outing in Los Angeles and they had a few special people in tow.

The crew was seen in the Brentwood Country Mart shopping center. 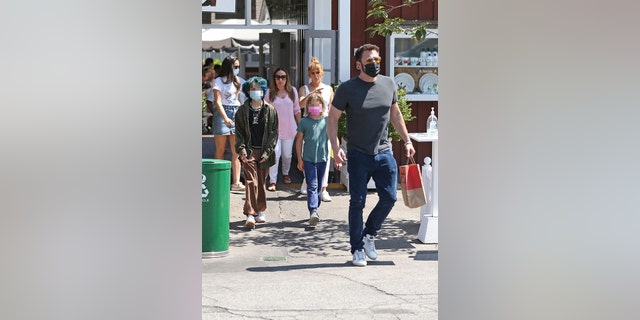 Ben Affleck and Jennifer Lopez were spotted out at lunch with a few of their respective children.
(carlosmaidanaphotography/MEGA)

Emme, who performed with her mother during the Super Bowl halftime show in February 2020, sported short blue hair, brown pants, a black top with a baggy green shirt over it, white shoes and some prominent jewelry around her neck.

Lopez and Affleck, who were previously in a relationship from 2002-2004, spent a weekend at the singer’s estate in the Hamptons, east of New York City, but returned to Los Angeles on this week.

It wasn’t long after the getaway ended that Lopez was hard at work again having been spotted at her Beverly Hills office.

The “Hustlers” star showed off her toned abs with a cut-off black top as she arrived at her office with Emme. 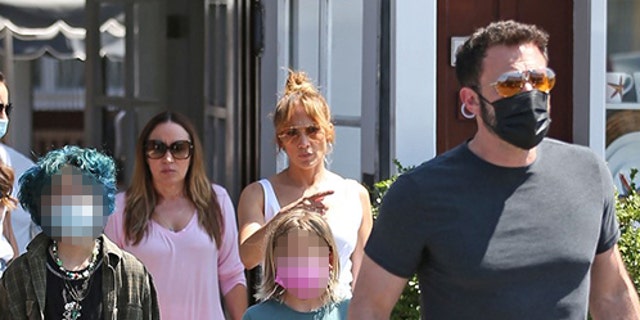 Things between Lopez and Affleck have been heating up as reports have surfaced that the two have discussed moving in together.

“Ben and Jen are spending almost every night together when they’re not working,” an insider told UsWeekly. “They plan on moving in together very soon.”

“We have realized we are better as friends and look forward to remaining so,” the couple said in a statement at the time.