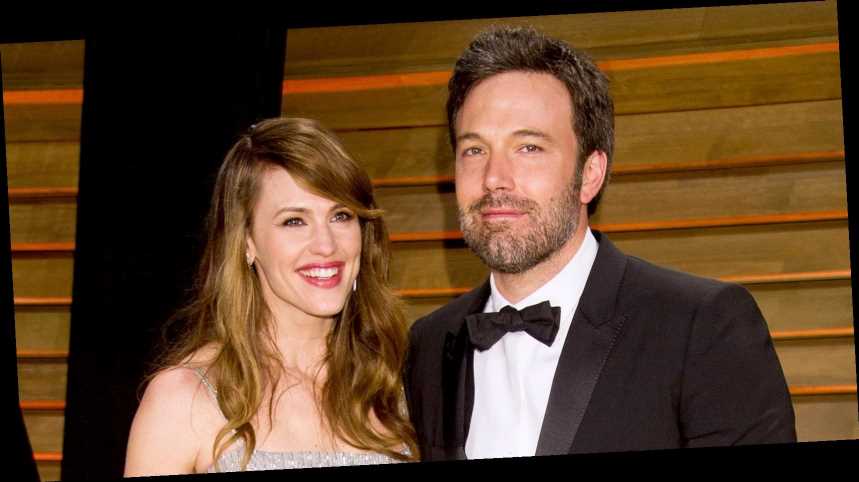 Let’s hope they play “Thriller!” Jennifer Garner said that she plans on dancing with ex-husband Ben Affleck at their kids’ weddings someday.

“When our kids get married, we’ll dance, I know that now,” said the 48-year-old actress in a Hollywood Reporter cover story published Thursday, March 10. “We’ll boogaloo and have a great time. I don’t worry about that anymore.”

In February 2016, the 13 Going on 30 star told Vanity Fair that she’d “lost the dream of dancing with [her] husband at [her] daughter’s wedding.” Garner and Affleck, also 48, were freshly divorced at the time, having split in June 2015 after a decade of marriage. The pair’s divorce announcement came one day after their wedding anniversary.

“After much thought and careful consideration, we have made the difficult decision to divorce. We go forward with love and friendship for one another and a commitment to coparenting our children whose privacy we ask to be respected during this difficult time,” the then-couple said in a joint statement to Us Weekly. “This will be our only comment on this private, family matter. Thank you for understanding.”

In the years since, the pair have been open about their relationship and coparenting their three kids: Violet, 15, Seraphina, 12, and Samuel, 9.

“Things come up between them, but they are committed to doing the best they can for the kids,” a source told Us exclusively in February 2020. “They stay on top of things and have a lot of meetings and check-ins. They want to be the best parents they can for the kids. If they have differences, they keep it to themselves and don’t let it have an impact. They always put on happy faces for the kids and put their well-being first.”

In her Hollywood Reporter interview, the Alias alum talked about Affleck, saying that the former duo’s children have noted the Gone Girl star’s public treatment is different than their mother’s.

“People are in awe of him. He’s done incredible things, he’s six-four, he’s … him,” the West Virginia native said. “[The kids] say that people treat me like we were just in the middle of a conversation and they want to get back to it. They’ll see me and be like, ‘Oh, I’ve been meaning to tell you … ‘”

Jen! J. Lo! All of Ben Affleck’s Loves and Flings Through the Years

Garner is comfortable with her celebrity status but says she’s not yet sure how being part of such a famous family will impact her children.

“We’ll have to ask them when they’re older,” she said.