Jay Leno is probably one of the most famous car collectors in the world. Anyone who knows anything about old cars knows about Leno’s insane car collection, which totals 286 vehicles and includes 169 cars and 117 motorcycles.

His collection is so big that he has to house them all in a warehouse-sized custom garage made explicitly for his collection. Altogether, Leno’s car collection is worth an unbelievable $50 million dollars, including a 1994 McLaren F1 that is worth a mind-boggling $12 million.

So it’s no surprise that Leno knows a thing or two about buying used cars, especially if you’re trying to find something nice or rare. That’s why he recently sat down with CNBC’s “Make It” series to share some of his best buying tips for when you’re hunting for a used car. Here are a few of the things he mentioned:

Look for something well-maintained 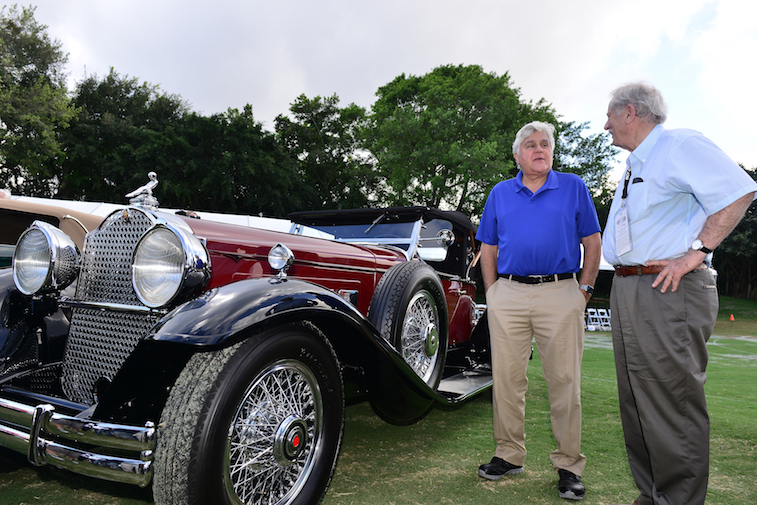 Leno explained that if you arrive to meet the seller and the car looks like it has been really well taken care of, that means that the owner loved it and made sure it was kept in working order.

Leno said, “You want to buy a car from somebody who has maintained it, obviously, someone who has kept service records,” adding that anything that looks like it has been taken care of is probably going to be of a good value to a purchaser.

On the other hand, Leno clarified, “A car that’s had a dozen owners in ten years? That’s probably something you don’t want.”

Making sure the oil has been regularly changed is something he mentions as being especially important.

Leno said almost any used car you’re going to buy is going to have a number of faults, and it is up to you to find out as much as possible about those faults.

Not only does this help you determine if the car is really worth buying or if it will be too much of a headache, but it will also help give you leverage when you go to negotiate a final price.

For instance, potentially costly repairs should be factored into the total cost of a used vehicle, but something small like minor body damage probably isn’t a huge deal.

Part of finding these faults is always making sure you get some kind of vehicle history report, such as CarFax or another service.

Leno explained: “These are people who know these cars, who check serial numbers, and can tell you what you’ve bought.”

Knowing as much as you can going into the purchase can help you get a genuinely fair price in the end.

One thing that Leno mentioned is that people need to stop believing the myth that a car is somehow worn out or used up once it hits 70,000 or 80,000 miles.

According to Leno: “I’ve got a ’68 Mercedes with 327,000 miles on it…If you just change the oil and maintain it properly, it will last you conceivably your whole life. Rarely is the car worn-out or completely broken down [at 70K].”

He said he main reason people get rid of cars isn’t as often mechanical so much as that they’re just tired of the car and want something new.

People “want the newest fad” but, as Leno said, “modern cars can go easily two hundred, three hundred thousand miles no problem at all, the idea that you have to get rid of something because it’s worthless at 70,000 miles is actually pretty ridiculous.”

So you heard it directly from the car guy himself. There’s no need to get rid of your car if it still drives well and is in good repair — unless, of course, you have Leno’s money and are looking to upgrade to some kind of seven-figure supercar.