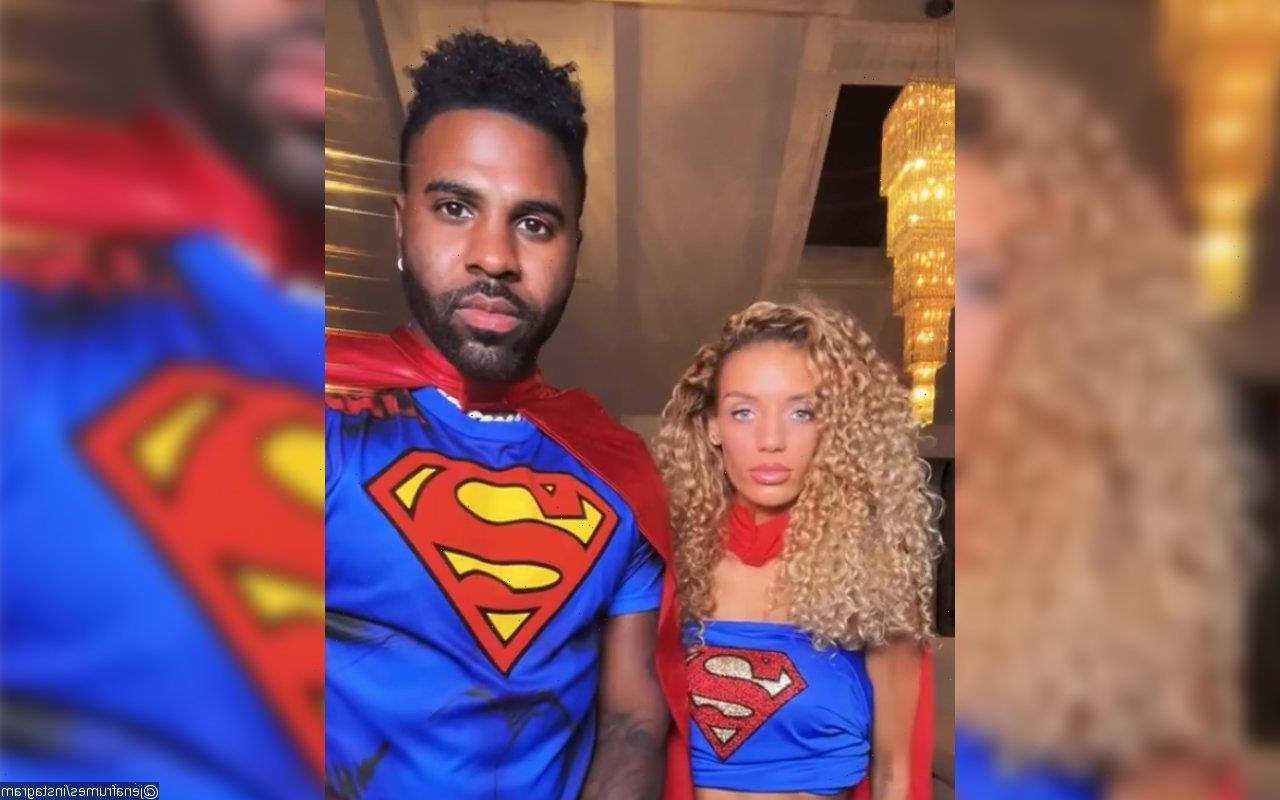 The ‘Savage Love’ singer and his baby mama dress in matching Superman costumes while showing their son Jason King’s face for the first time in the Instagram clip.

AceShowbiz – Jason Derulo and Jena Frumes have added fuel to speculation that they may be back together. More than a month after he confirmed their split, the two put on a united front in an Instagram video shared over the Halloween weekend.

On Sunday, October 31, the singer posted a video of the exes celebrating the festivity together by playing a dress-up. The two showed up at the beginning of the clip wearing matching Superman costumes, before they were joined by their son, Jason King.

In the video, which marks the first time the first-time parents showed their baby’s face to public, they looked happy as they swung the boy, who also dressed up as the Man of Steel, back and forth. They let out big smiles as their dog later made a surprise appearance at the end of the clip.

In the caption, Jason simply wrote, “#happyhalloween @jenafrumes #jasonking.” Jena also posted the video on her own Instagram account and wrote a similar caption that read, “Happy Halloween [red and blue emojis] @jasonderulo.”

After watching the video, fans can’t help speculating that they have romantically reunited. “Together again?” one follower asked. Another assumed, “Y’all back together.” One other person wasn’t surprised as he/she claimed, “told y’all they never broke Up.” Someone else had a similar thought as saying, “Lol they never broke up. He was just mad lol.”

Some others, meanwhile, focused more on the first look at baby Jason’s face. “Omgggg finally he is so cuteee,” one user gushed. Another remarked, “baby face reveal, omg he’s so gorgeous.” Someone echoed the sentiment, “He’s adorable,” as another added, “That baby is really beautiful. Their son has Jason’s eyes. Jason’s eyes are like a puppy lmao.”

Jason and Jena welcomed their son on May 8. Several months later, in September, the “Savage Love” hitmaker announced that he had broken up with his baby mama. “Jena and I have decided to part ways,” he wrote in a since-deleted tweet. “She is an amazing mother but we feel being apart at this time will allow us to be the best versions of ourselves and the best parents we could be. Pls respect our privacy in this time.”

Just a few weeks later, however, they sparked reconciliation rumors as they were spotted on an outing together. The 32-year-old singer and the 28-year-old influencer were pictured were pictured enjoying lunch together at fast-casual eatery Tocaya Modern Mexican in West Hollywood on October 17. At one point, she reached over with her fork to grab something from her ex’s plate.