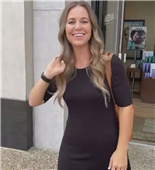 Just one day after Josh Duggar was convicted of receiving and possessing child pornography, his family was embroiled in yet another scandal.

And while this one was far less severe, it served to convince many former fans that the Duggar family — who built a media empire on the strength of their wholesome public image — is rotten to its very core.

In a development that shocked even some of the family’s harshest critics, Jana Duggar was indicted on child endangerment charges.

Up to the that point, Jana had been regarded as one of the few Duggars who had remained loyal to her parents, but who was also relatively blameless in all of their myriad misdeeds.

Naturally, fans went clamoring for details, which were initially hard to come by.

Now, however, a clear picture of the incident is beginning to emerge.

And while it seems that Jana’s arrest was the result of an honest mistake, the incident raises many questions about the sort of family environment that would allow such a mistake to occur.

On September 9, Jana was charged with “endangering the welfare of a minor,” a misdemeanor.

She was taken into police custody but released on $430 bond a few hours later.

(Yes, Jim Bob and Michelle’s eldest son and eldest daughter both had to be bailed out of jail in 2021. We guess the grand Duggar parenting experiment isn’t working out so well!)

On September 23, Jana pled not guilty to the charges against her.

But it wasn’t until last week — the day after Josh’s verdict — that the allegations against Jana became public knowledge.

The timing was terrible, and fans were quick to assume the worst about Jana.

At first, the silence from the Duggar family was deafening.

It was one thing to refuse to speak out about Josh, but why were so many of Jana’s closest allies within the family keeping quiet in the wake of the first major scandal of her career?

Eventually, however, various members of the Duggar family began to speak out in Jana’s defense.

“Getting messages about headlines about Jana. Bottom line — it was an innocent mistake,” younger sister Jessa explained in an Instagram story.

“She was babysitting and one of the kids slipped out the door unnoticed, but it ended safely. Could’ve happened to anyone.”

Obviously, Jessa’s account is still light on details, but she emphasizes that Jana merely made a mistake, and did not, say, lash out in anger at one of the children.

Perhaps more compelling was Amy Duggar’s insight on the situation.

Amy criticized Josh throughout his trial, and she was one of the first to celebrate his guilty verdict.

So we know she’s not one to blindly defend her famous family.

“This couldn’t have been intentional,” she added.

“I bet you were exhausted, stressed and just emotionally worn out,” Amy added.

“Watching multiple kids is hard! Bc there’s so many of them and you only have two eyes!! It’s a very sad situation going on and my heart goes out to @janamduggar love you.”

Amy concluded by assuring her followers that the missing child was “okay and found.”

Eventually, Jana issued a terse statement in her own defense, claiming that the police empathized with her plight, but felt that they had no choice but to take her into custody.

“They recognized it was a case of a child slipping out of the house when you turn your back for a moment,” Jana said of her arrest.

“It all happened so quickly and was scary. I am grateful for law enforcement and those who protect and serve our community.”

The child who went missing has not been identified, but insiders have claimed that they were roughly 22 months old.

Since Jana babysits for her younger siblings and her nieces and nephews, as well as several neighborhood children, there’s no telling how many kids were under her care at the time of the incident.

We’ll have further updates on this developing story as more information becomes available.