Jamie O’Hara could reportedly face a jail sentence if he doesn’t pay his ex-wife Danielle Lloyd £27,457 in child support.

According to The Sun, the footballer, 32, owes the former model, 34, money because he has failed to help her financially support their three sons, Archie, eight, Harry, seven, and George, five.

A source explained to the publication on Monday that the situation has left Danielle ‘devastated and at her wits end’, however Jamie hit back by claiming that the dispute is due to a wrong financial assessment. 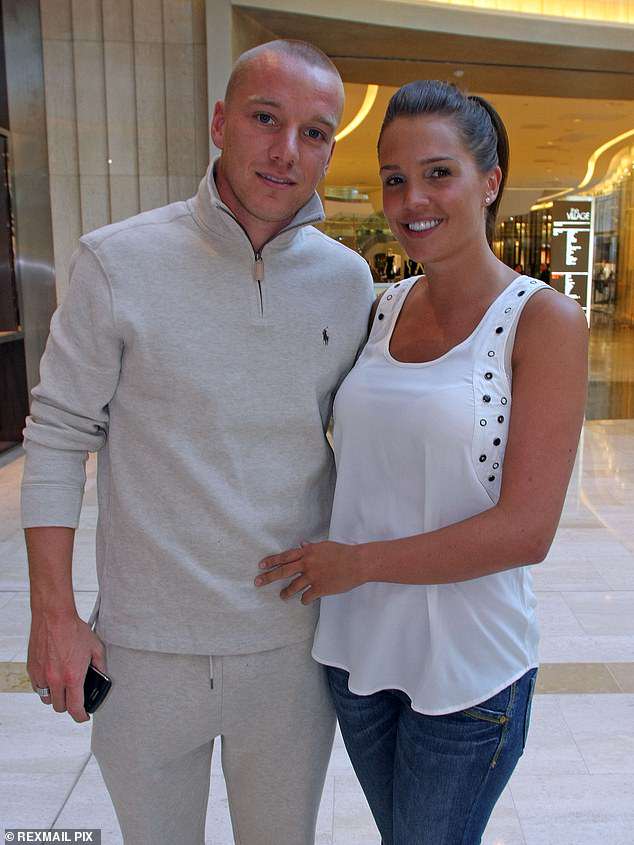 Accompanying a shot with his sons, Jamie wrote on Instagram on Monday: ‘I feel necessary and compelled to respond to another negative untrue story that has been sold to tarnish my reputation once again by certain individuals.

‘As people are aware I was locked into a very bitter, public divorce and I have always tried to maintain a level of dignity for my children, saying this, I feel very strongly about the above story and this goes against my values and morals as a father, I would like to clarify I pay for my children, this is through a csa evaluation, and goes off of my monthly wage through the HMRC.

‘There has been a dispute over money yet again with my ex partner and the csa have been nothing but helpful towards me in this frustrating time, I am fully cooperative with the csa and the dispute of money is due to a wrong financial assessment which is money I have not made, The csa and I are in full works together to get this solution sorted ASAP and the child matinance my ex partner receives is in full accordance to my monthly wage. I feel saddened it has come to this yet again.

‘I would also like to point out in September 2017 I gave my ex partner 645,000 with an additional 15,000 of a suggestion of good will on my part towards my 3 children, my 3 children are my main priority and I hope the dignity I hold for them shines through’ 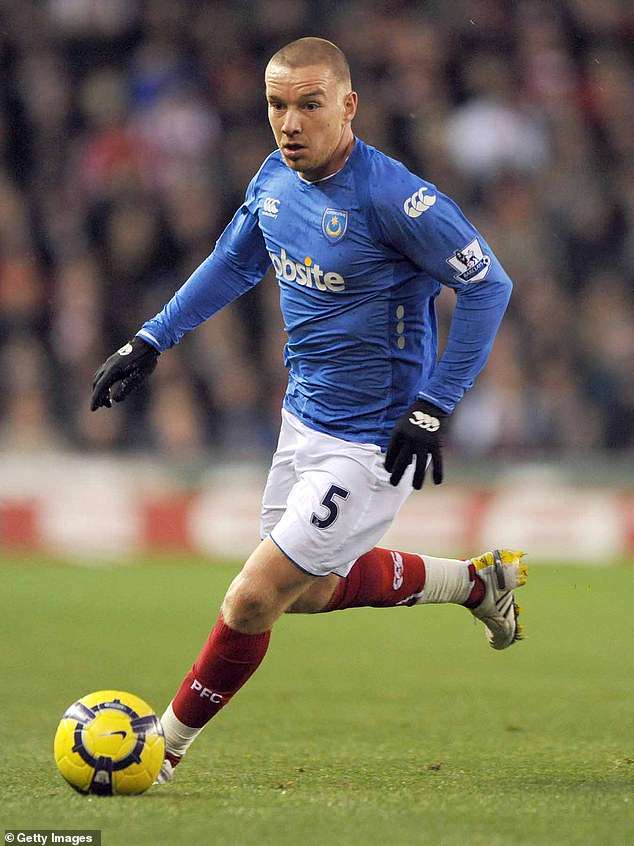 Refusal: The source told the publication ‘Jamie has refused to pay a penny for the kids since she got together with her new partner Michael O’Neill in 2016’ (pictured in 2009)

Jamie’s comments were in response to claims made by a source to The Sun, who had said: ‘Jamie has refused to pay a penny for the kids since she got together with her new partner Michael O’Neill in 2016.’

‘What made it worse is that Jamie claimed on TV that he pays up to £15,000-a-month in support. But it was untrue.’

The Sun also reported that Jamie’s unpaid fees meant that since August he has been subject to legal action from the Child Maintenance Service, and claimed that Bailiffs are on hand to seize his belongings if he doesn’t pay Danielle.

The couple went on to have three sons together and tied the knot in 2012. However, in July 2014 it was alleged that Jamie had cheated on his wife and just three months later, Danielle filed for divorce. 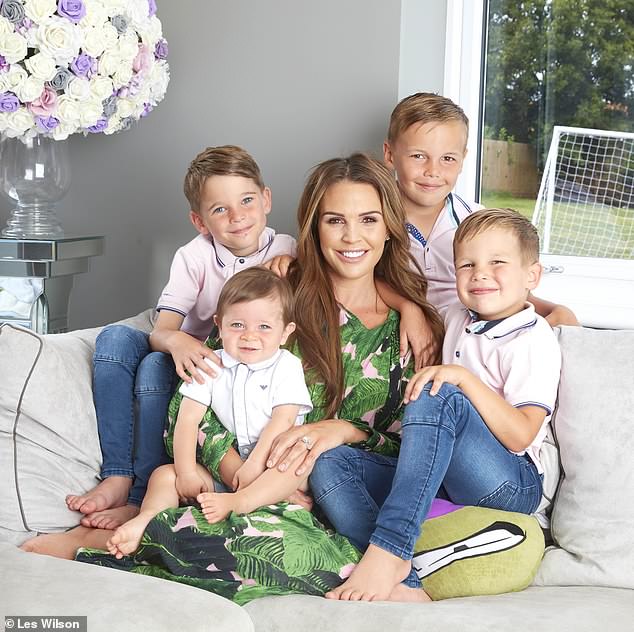 Alleged: According to The Sun, the footballer owes her money because he has failed to help her financially support their three sons, Archie, eight, Harry, seven, and George, five (pictured) 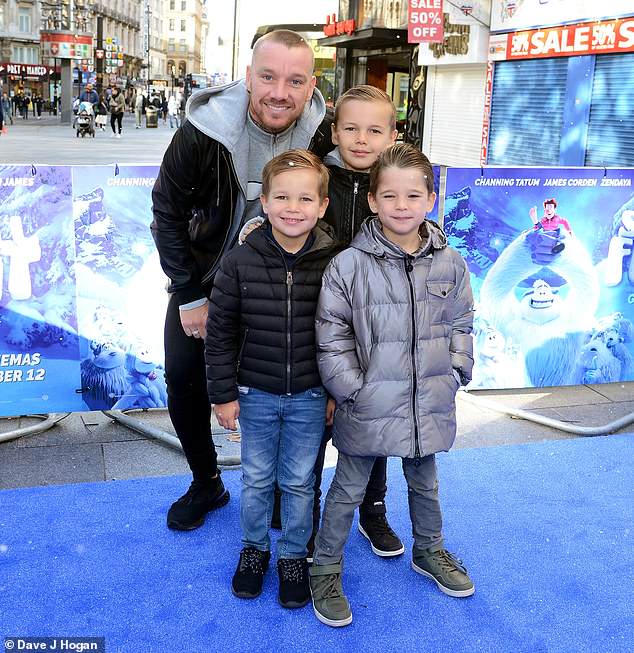 Hitting back: But Jamie slammed the claims, and said, ‘I am fully cooperative with the csa and the dispute of money is due to a wrong financial assessment which is money I have not made’

Jamie hit headlines last year when he entered the Celebrity Big Brother house in a bid to recoup some of the cash he lost in his expensive divorce.

He told The Sun: ‘I lost quite a bit in my divorce so it’s always nice to be offered money. At the end of the day we’re here to make a living.

‘I lost a few quid. This hopefully gives me an opportunity to build a future for me and my kids.’

Danielle shares one-year-old Ronnie with her fiancé Michael O’Neill, and is currently undergoing gender selection treatment in her quest for a little girl next year.

In her shockingly candid interview, the former WAG boldly stated: ‘I want a girl and if I can pay for it, then that’s OK, I can get one.’

Speaking of the backlash from her decision, she revealed: ‘They called me a ‘selfish, disgusting b****’ who should be thankful for my four miracle babies.’

The hurt star said: ‘I didn’t know what to say back. I’d never even thought about that. It was all quite shocking. I’m very honest and don’t beat around the bush, but I didn’t expect the amount of vitriol.’

The WHO says that sex selection raises ‘serious moral, legal, and social issues’ and can lead to the devaluation of women and gender imbalance. 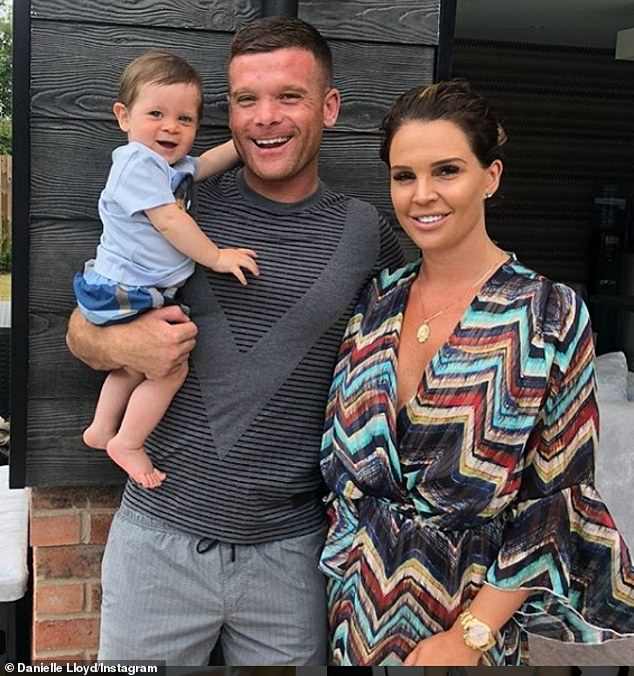 Family life: Danielle shares one-year-old Ronnie with her fiancé Michael O’Neill (pictured), and is currently undergoing gender selection treatment in her quest for a little girl next year