TV chef James Martin, 47, was joined by model Jodie Kidd and other guests on his show this morning to celebrate his 100th episode on air. As he reflected on his many memories from the show, he told viewers about a moment which left him “in trouble”.

I had some explaining to do

Revealing all to viewers, he pointed to Jodie and said: “I got into so much trouble last time you were here, explain the story.”

Laughing, the model held her hand on her head, as James added: “We do the show and we have a few drinks afterwards.”

“The drinks continued as a friend of mine [Jodie] was at my house,” he added while Jodie wiped away tears of laughter. 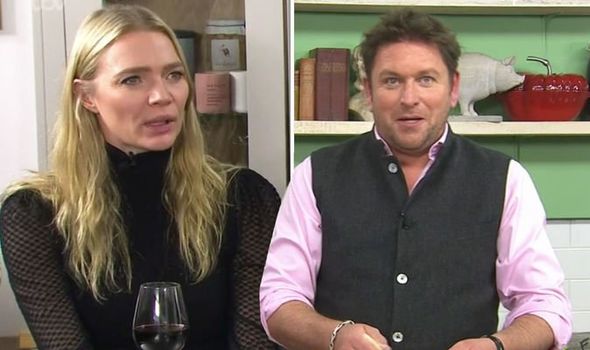 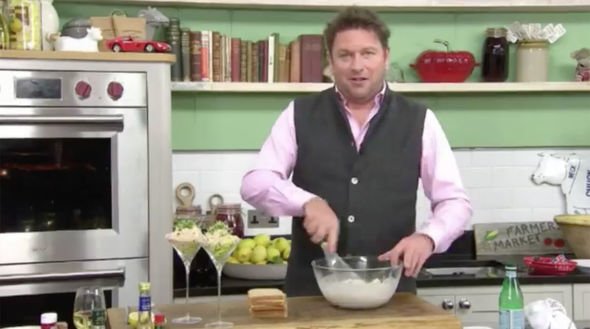 “Until about half past one in the morning,” he continued.

“I then threw them out and got rid of them i.e this one,” he continued while pointing at Jodie.

James, who is in a relationship with Louise Davies, added: “And then literally in the morning, the cleaner who comes round and cleans the mess, the carnage afterwards… I had some explaining to do.

“I walked into one room and she pointed on the floor and said,” he added before asking Jodie to continue the story. 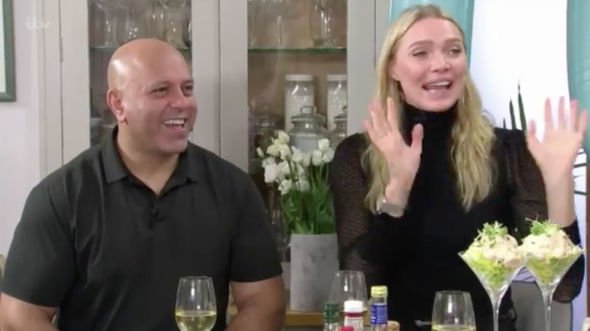 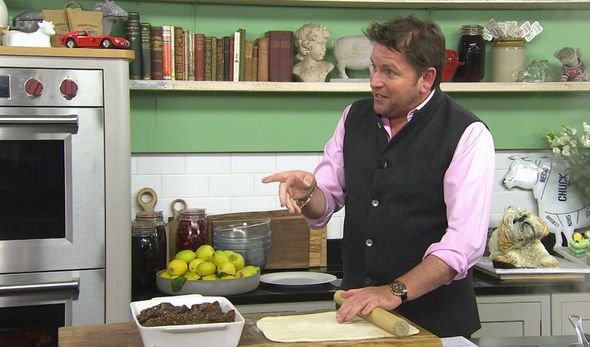 She added: “Yeah, there was a pile of my clothes, trousers and tops, yeah it was rather embarrassing.”

The chef interrupted telling viewers her clothes were left “all over the floor”.

But, trying to clarify the situation, she continued: “First of all, when you first come in and do your show, it’s early in the morning.

“And who decides to do a tequila testing at 10 in the morning without things going horribly wrong.”

“This is why we keep getting our guests to come back you see,” the chef jokingly added.

“So yeah, it was a rather embarrassing phone call of me going, ‘James, did I leave my pants in your house?'”

Following this, the chef got a little tearful as he took a look back at some iconic moments from his show.

After a VT was shown to viewers, the presenter was seen wiping away a tear.

He hesitantly said: “Brilliant, you got me going there.”

James Martin’s Saturday Morning continues next week at 9.30am on ITV.