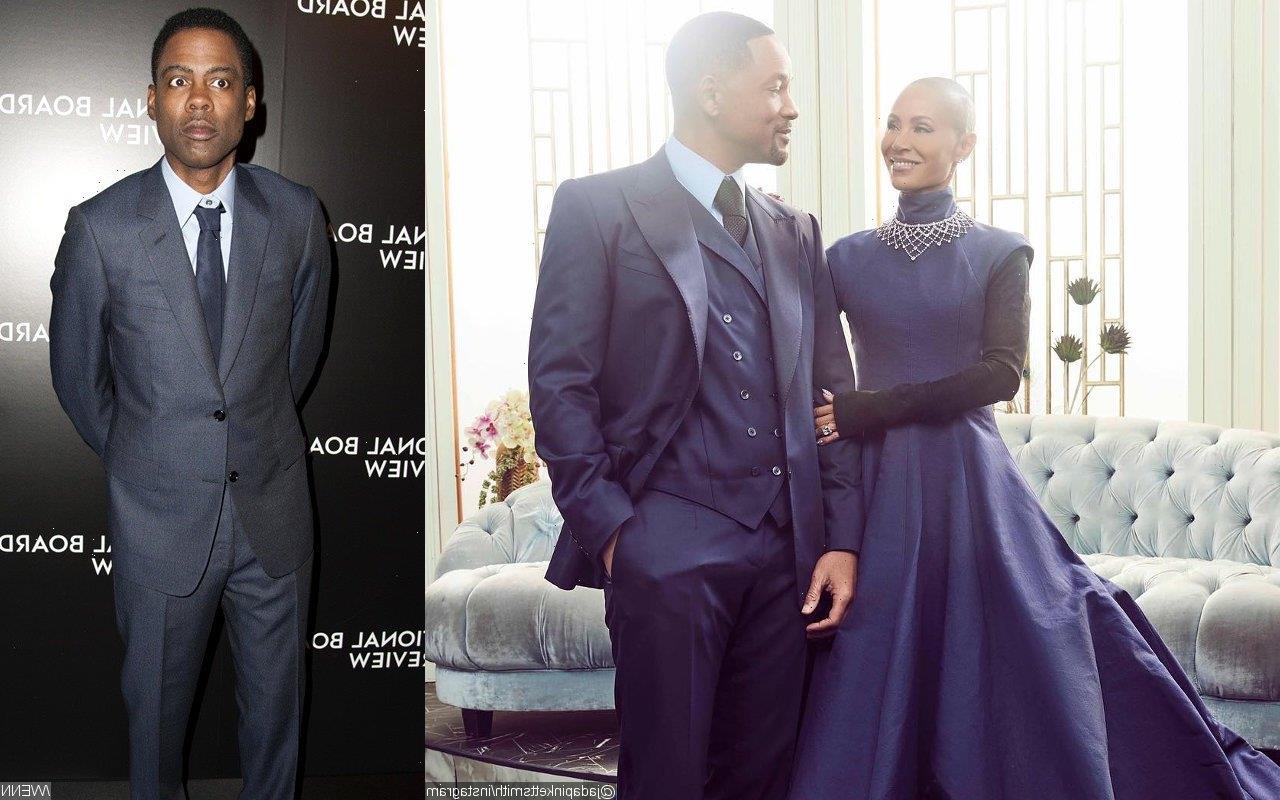 The ‘Red Table Talk’ co-host’s statement arrives after her husband Will issued an apology for shockingly hitting the comedian onstage at the Sunday, March 27 ceremony for joking about her shaved head.

AceShowbiz –Jada Pinkett Smith broke her silence amid controversy surrounding her husband Will Smith, who slapped comedian Chris Rock at the 2022 Oscars. On Tuesday, March 29, the “Red Table Talk” co-host took to her Instagram account to share a cryptic message about healing.

In the said post, the actress shared picture with a message that read, “This is a season for healing and I’m here for it.” The mother of two left the post captionless as she limited the comments on the post.

Jada’s message arrived after Will issued an apology for hitting Chris onstage at the 94th annual Academy Awards on Sunday for joking about Jada’s alopecia. “Violence in all of its forms is poisonous and destructive,” he began a statement posted on his Instagram page on Monday. “My behavior at last night’s Academy Awards was unacceptable and inexcusable. Jokes at my expense are a part of the job, but a joke about Jada’s medical condition was too much for me to bear and I reacted emotionally.”

Will, who won best actor award at the 2022 Oscars for his role as Richard Williams in “King Richard“, went on to apologize to the comedian, “I would like to publicly apologize to you, Chris. I was out of line and I was wrong. I am embarrassed and my actions were not indicative of the man I want to be. There is no place for violence in a world of love and kindness.”

The actor also addressed the statement to the Academy and the “King Richard” cast and crew as saying, “I would also like to apologize to the Academy, the producers of the show, all the attendees and everyone watching around the world. I would like to apologize to the Williams Family and my King Richard Family. I deeply regret that my behavior has stained what has been an otherwise gorgeous journey for all of us. I am a work in progress.”

Will shocked everyone when he got onstage to slap Chris, who made a joke about Jada’s shaved head while presenting the Best Documentary Feature award. “Will Smith just smacked the s**t out of me,” the “Saturday Night Live” alum said as Will returned to his seat. Later, Will was heard yelling at Chris, “Keep my wife’s name out of your f**king mouth.” Despite the assault, Chris decided not to press charges against the actor.