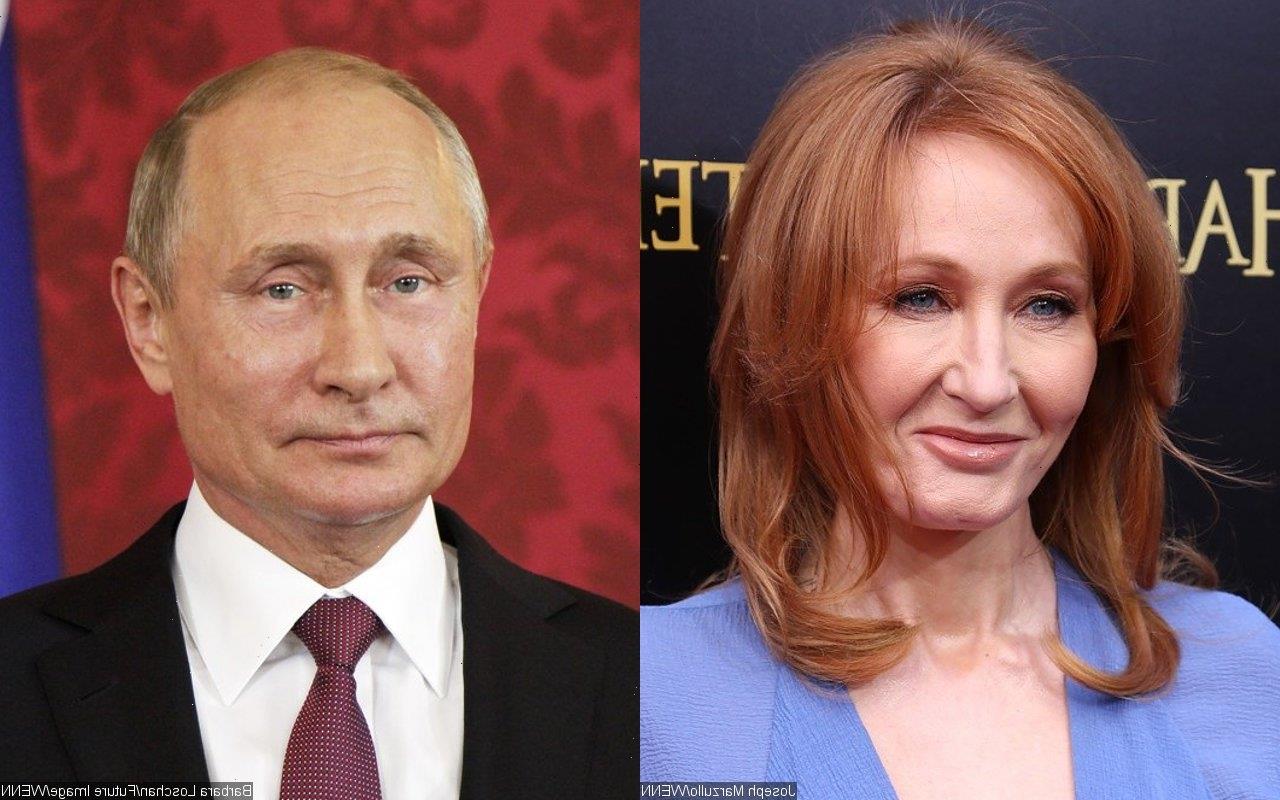 The ‘Harry Potter’ books author condemns the Russian leader for ‘slaughtering civilians for the crime of resistance’ as she declares her support for Ukraine amid the ongoing war.

Rowling made her response to Putin’s statement via Twitter on Friday, March 25. Condemning his violent acts that violated humans’ rights, she wrote, “Critiques of Western cancel culture are possibly not best made by those currently slaughtering civilians for the crime of resistance, or who jail and poison their critics.”

She also denounced Russia’s invasion of Ukraine by adding the hashtag “#IStandWithUkraine” and posted a link to a 2021 BBC News article about jailed anti-corruption campaigner Alexei Navalny. 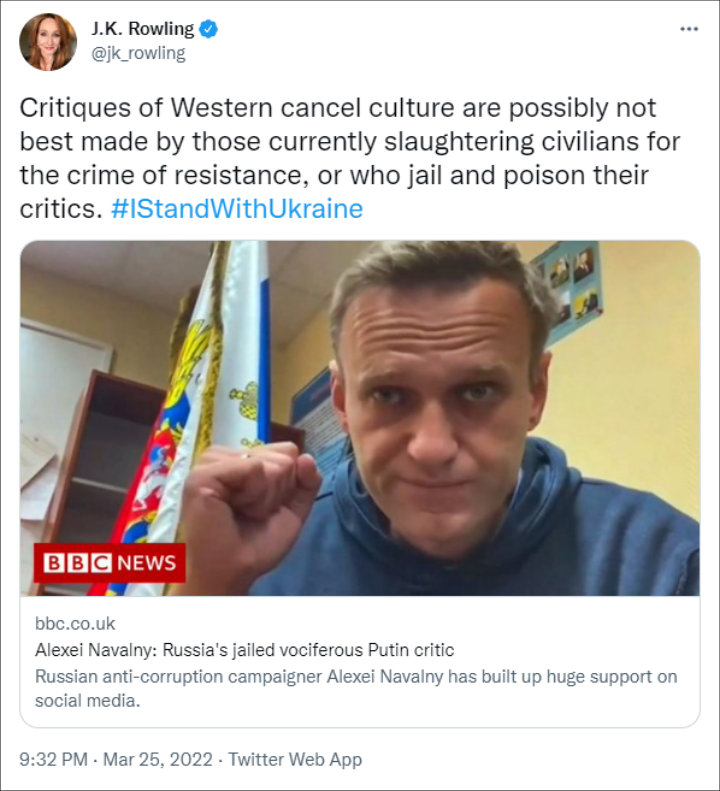 J. K. Rowling responded after Putin brought her up in his rant against cancel culture.

Putin brought up Rowling when he criticized cancel culture during a televised video conference on Friday, claiming that his country was being “canceled” by the West and comparing it to the backlash received by the “Harry Potter” books author over her anti-LGBTQ+ remarks.

“J.K. Rowling has recently been canceled because she… did not please the fans of the so-called gender freedoms,” Putin said. “Today, they are trying to cancel a whole 1,000-year-old country, our people. I am talking about the increasing discrimination of everything related to Russia, about this trend which is unfolding in a number of Western states.”

Putin went on to compare the current situation with Russian culture in the West to censorship in Nazi Germany. “Tchaikovsky, Shostakovich and Rachmaninov are excluded from posters, Russian writers and their books are banned,” he said, without presenting any evidence. “The last time such a massive campaign to destroy unfavorable literature was carried out by the Nazis in Germany almost 90 years ago.”

Rowling has previously shown her support for Ukraine amid the ongoing war with Russia. She launched a fundraising appeal the day after the invasion began to help “the thousands of children trapped by the fighting in Ukraine’s orphanages.”

“A reminder: I will personally match all donations to our emergency appeal, up to £1million ($1.3 million). If you’re able to, you can donate here. Again, thank you so very much to all who’ve already donated,” she tweeted again on Friday.