The powerful finale of Amazon Studios’ limited series The Underground Railroad created by Oscar winner Barry Jenkins is the latest installment of Deadline’s It Starts On the Page, a series that highlights the scripts serving as the creative backbone of the TV awards season. The scripts have all been submitted for Emmy consideration this year and have been selected using criteria that includes critical acclaim, a range of networks and platforms, and a mix of established and lesser-known shows.

Based on Colson Whitehead’s 2016 Pulitzer- and National Book Award-winning historical novel, the 10-episode series mixes fantastical realism and hard truths as it follows a young slave named Cora Randall (played by Thuso Mbedu) in antebellum Georgia as she attempts to find her freedom via an actual underground railroad system to the north. She is chased at every step by the slave catcher Ridgeway (Joel Edgerton).

Episode 10, titled “Mabel” and written by Jenkins and fellow writer/executive producer Jacqueline Hoyt, centers on Cora’s mother Mabel (played by Sheila Atim), who Cora always believed abandoned her as a child. After previous episodes chronicling Cora’s journey away from the plantation, the story returns there in flashback to explain what happened to Mabel (symbolically, a midwife as well as a mom herself). While one of the most difficult sections in the ambitious series, the script ends on a hopeful note.

Jenkins directed all 10 episodes of the series, which sparked to him originally prior to 2016’s Oscar-winning Moonlight — the writers room for the series started before he made his follow-up movie If Beale Street Could Talk. “There was a long process of trying to understand what the adaptation was going to be, and how our vision for it would coalesce,” he said at Deadline’s Contenders TV. ” t was this really beautiful fluid process of kind of getting further and further away from the book and really understanding what the television series would be.”

Read the script below. 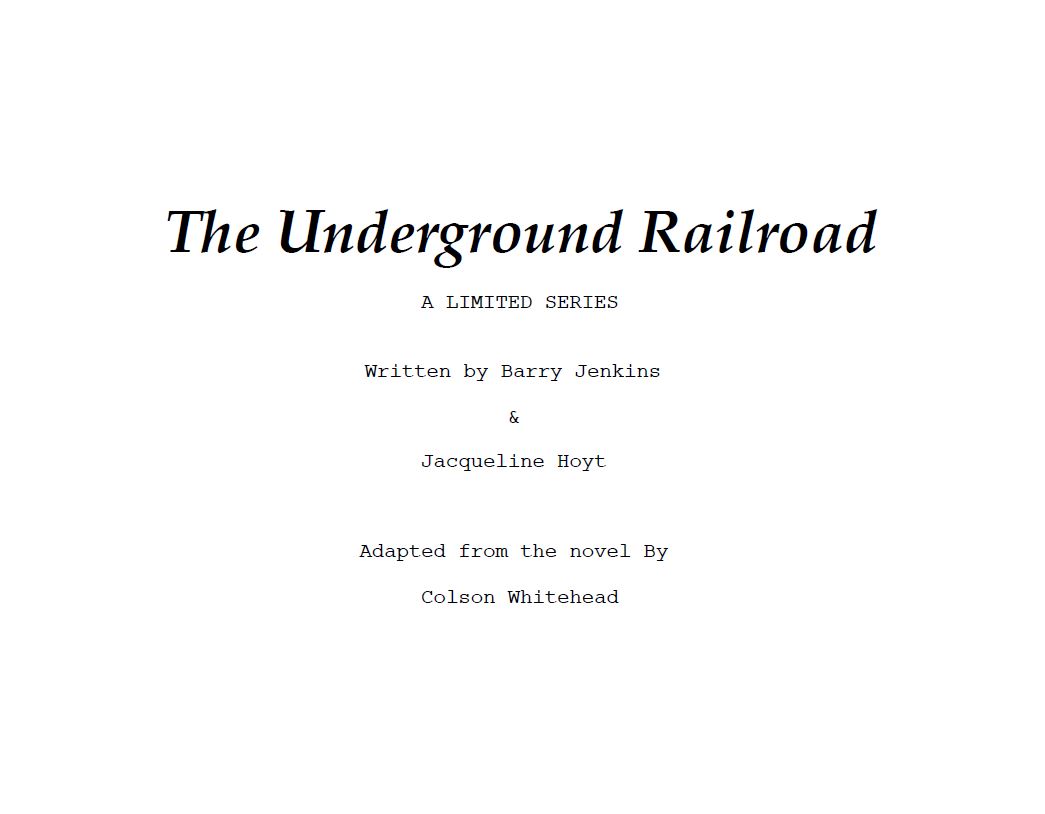 It Starts On The Page

It Starts On The Page: Read A Neil Cross Script for Season 1 Of ‘The Mosquito Coast’

It Starts On The Page: Make A Move & Read ‘The Queen’s Gambit’ Pilot Script By Scott Frank