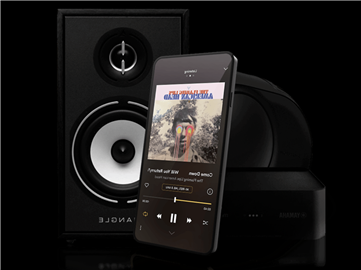 Most music fans have embraced music streaming services with open arms. But audiophiles are justifiably hesitant. The majority of streamed music — especially from popular services like Spotify and Apple Music — use compressed audio formats which yield worse sound quality than CDs or vinyl. For audio connoisseurs, that sonic degradation is noticeable (hence the comeback of record players). Now there’s a new fix: Qobuz.

Providing high-fidelity lossless and high-resolution audio, Qobuz aims to give sharp listeners a better streaming experience. The French company also offers purchasing options for all their songs, allowing you to create your own library of Hi-Fi and Hi-Res music. Add a few other welcome features such as linear notes and staff recommendations, and you’ve got a service that’s well worth considering.

The Best Bookshelf Speakers Under $100 for Music, Movies, and Gaming

The Best Face Masks For Festivals

Of course, Qobuz isn’t the first streaming service to offer Hi-Fi and Hi-Res music. Amazon Music HD, Deezer and, most notably, Tidal are the competition, providing premium quality for audiophiles. But, for some, Qobuz might be the best choice. Read on to find out why.

Is Qobuz Sound Quality Better Than Spotify and Apple Music?

The main draw with Qobuz is sound quality, as the service delivers streaming and purchasing in both Hi-Fi and Hi-Res formats. Hi-Fi quality translates to standard CD quality with a bit rate up to 1,411 kbps and a sample rate of 44.1Khz at 16 bits. Hi-Res kicks things up a notch more, providing better-than-CD quality sound with a sample rate of 96kHz or 192kHz at 24 bits and a bit rate of up to 9,216kbps.

Compared to Spotify or Apple Music, Qobuz is a huge step up. You’ll be able to hear songs as the artist intended and enjoy the nuanced depth of CDs and vinyl. 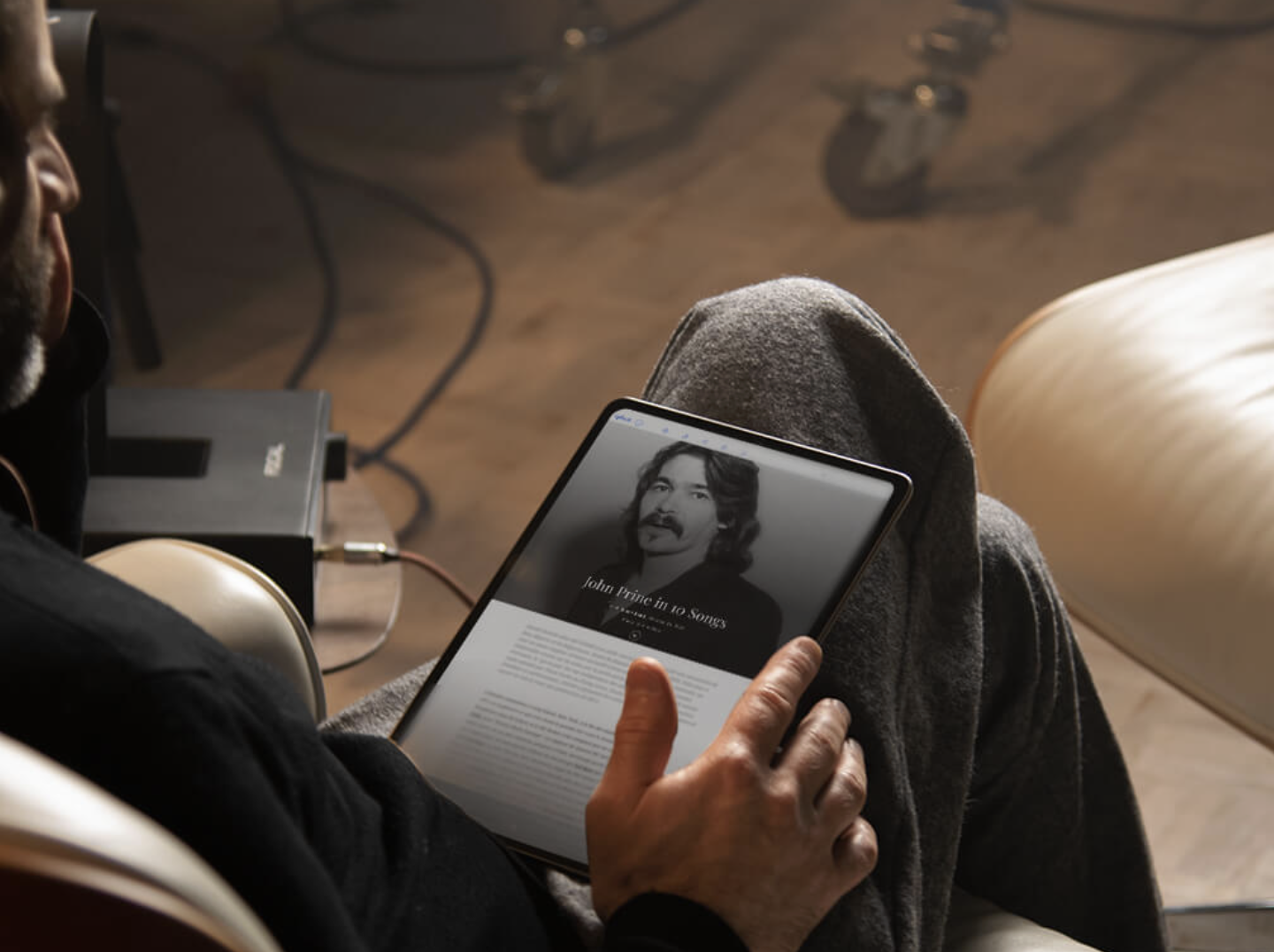 Although Qobuz’s audio quality is undeniably impressive, it’s still in competition with the Hi-Res audio offered by Tidal, Amazon Music HD and Deezer. In our opinion, Qobuz sounds better than Amazon Music HD and Deezer with more details and nuances pulled out from every track. Compared to Tidal’s MQA-integrated technology, Qobuz holds up very well, although Tidal might take the edge.

Some songs had more depth with Tidal while a few sounded warmer through Qobuz. These differences are only noticeable for serious sound geeks running premium speakers or some of the best headphones. Our recommendation is to test both Tidal and Qobuz with your favorite music and sound system (free trials are available for both services; get a Qobuz free trial here).

Qobuz offers two streaming plans: Studio Premier and Studio Sublime. Studio Premier costs either $149.99 when billed yearly (breaking down to $12.49 per month) or $14.99 billed monthly. Studio Sublime is more expensive at $249.99 per year ($20.83 a month) and doesn’t have a month-to-month option.

Both membership tiers get you access to all levels of audio quality, including Hi-Res FLAC 24-Bit music up to 192 kHz. Studio Sublime, the more pricey option, gets you significant discounts when purchasing music from the Qobuz store.

Speaking of purchasing music, Qobuz is the only streaming service that lets you buy and download Hi-Res songs and albums. This feature can be accessed without a membership, so, if you don’t sign up or cancel your membership, you’ll still be able to access and grow your Qobuz library. 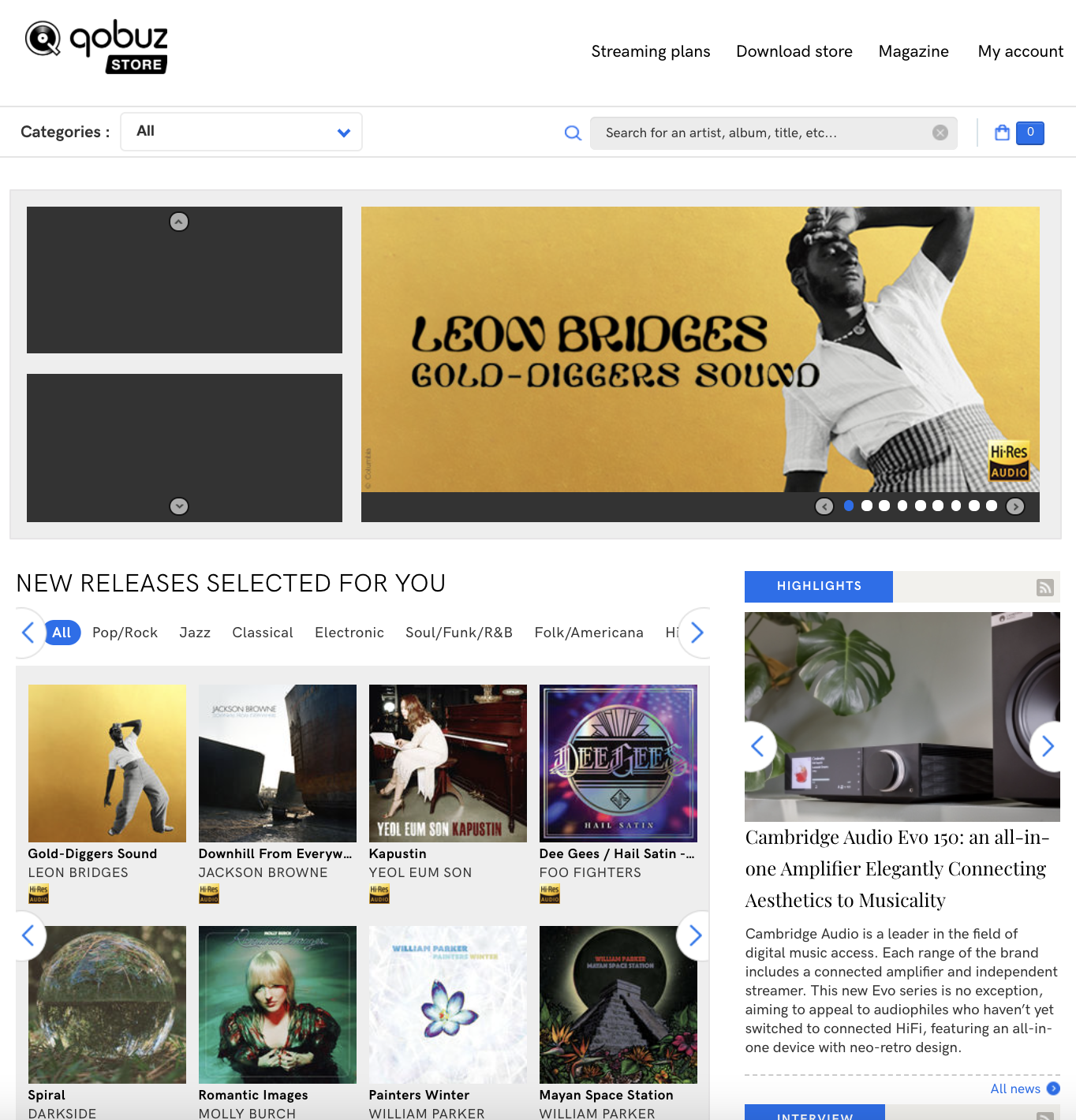 Price-wise, Qubuz falls in the middle of other streaming services such as Tidal and Spotify. Qobuz’s Studio Premier plan is more expensive than Spotify (which is $9.99 per month or $99 per year) but less expensive than Tidal HiFi (which is $19.99 per month). Considering that Tidal’s HiFi membership is the real competitor for sound quality, Qobuz takes the edge for price.

What Songs Are on Qobuz?

With a whopping 70 million high-quality tracks and more than 424,000 Hi-Res albums, the Qobuz library is on par with all the other major music streaming services in terms of size.

The difference is that all of Qobuz’s songs are higher quality (because even their MP3 songs are 360 kbps), and their Hi-Res collection is the largest by far when compared to Tidal’s 25,000 song Hi-Res library. Qobuz’s Hi-Res library is mostly reserved for newer releases, however, so don’t sell that old vinyl just yet.

Is Qobuz Worth It? Top Features, Platform

In addition to better-sounding audio, Qobuz has an editorial side meant for real music lovers. Our favorite part of this is digital linear notes. This is essentially a digitized version of the booklet we used to get after purchasing a CD or vinyl record. After listening to an album, we love pouring over the history and context of the recording. Sadly, these booklets aren’t available for every album at the moment.

Discovering new music is slightly different on Qobuz than other platforms. The service has staff-created playlists for new releases and different genres, as well as similar albums to whichever you’re currently viewing. Artists also publish playlists of their favorite songs with notes on the playlist. 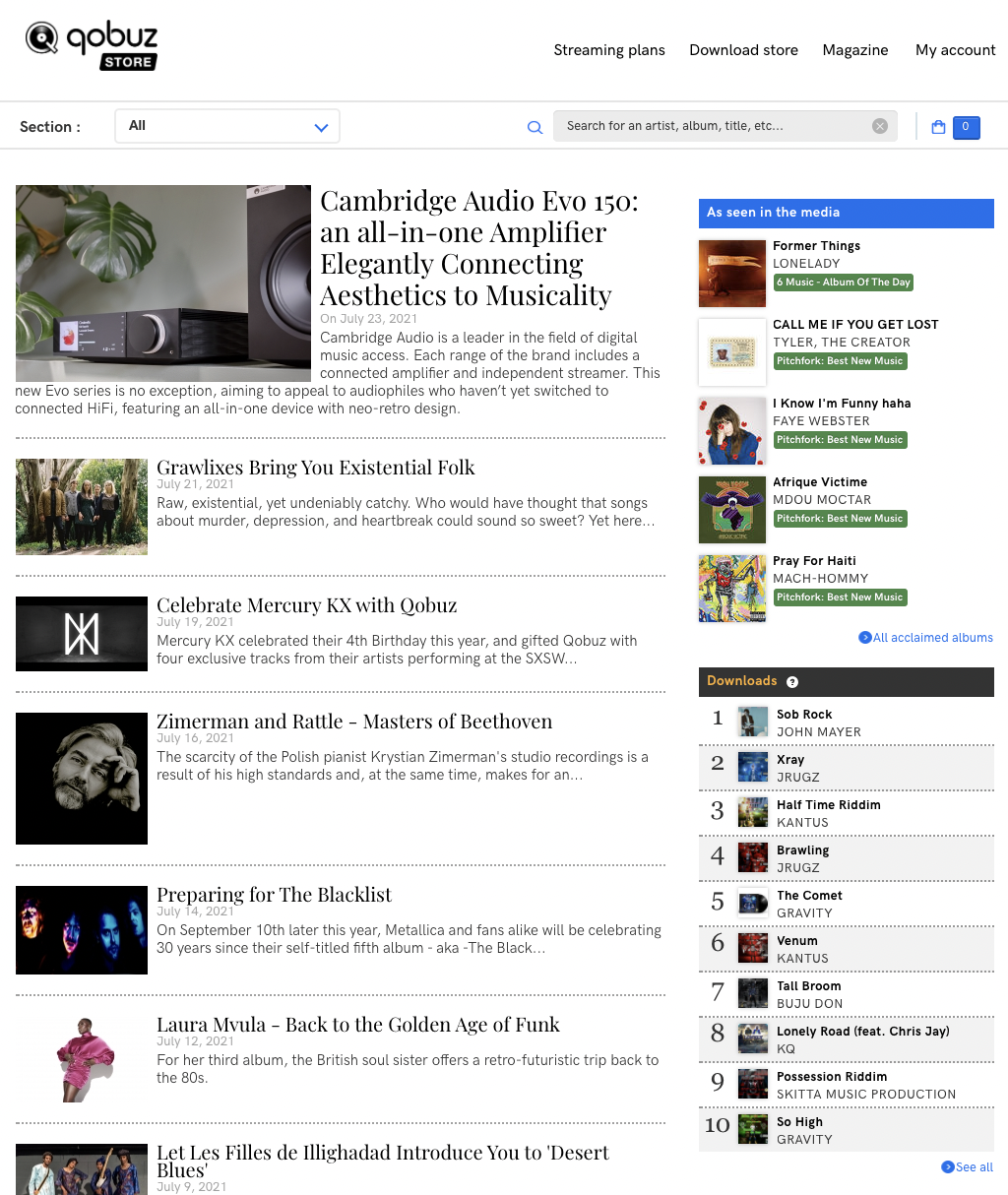 And that’s about it. They don’t use an algorithm to recommend music based on what you listen to, such as Spotify’s fantastic Daily Mixes, and they don’t have a radio function. This can be a real drawback for anyone who regularly finds music through algorithm recommendations. But others might appreciate the lack of an algorithm: finding new music on Qobuz is a bit like visiting a record shop, hearing from the owner and just listening to albums.

Another feature that Qobuz lacks is the social media aspect present on most other services. While you can send links to friends or post them on external social media, you can’t follow friends, artists or playlists like you can on Spotify and Apple Music, for example.

Is Qobuz Compatible With Apple iPhone?

Qobuz is available on the web and as an app for MacOS, iOS, Android and Windows. Unlike other streaming services, however, the Qobuz OS app is download from the web and not an app store. We found the interface on all platforms to be straightforward and easy enough to use.

Luckily, Qobuz can be fully integrated with Sonos as well. Sonos is fairly well-equipped to handle Qobuz with a maximum of 48kHz at 24-bit FLAC files. That’s not quite as high-resolution as Qobuz can put out, although it’s still lossless CD-quality (that you can’t get with Spotify).

In some ways, Qobuz offers the best of both worlds: you get the enormous library of a streaming service with the quality and purchasability of CDs and vinyl records. Plus, the Hi-Fi and Hi-Res catalog is far larger than any other service and the return of linear notes in a digitized form is very welcome.

What could be a deal-breaker for some is the lack of a recommendation algorithm or social aspect. You’ve got to do some work to find your music on Qobuz, but, for serious audiophiles, the work really pays off. Find out more about Qobuz here.