Breaking News
Da Brat on Coming Out in Her Mid-40s: 'I Did This on My Own Terms'
Michael B. Jordan Film 'Just Mercy' Is Free to Stream This Month
Star Wars' John Boyega Just Gave a Powerful Speech at a Black Lives Matter Protest in London
Hollyoaks: Kyle Kelly's exit storyline explained
Skip to content

Keeping Up With the Kardashians has been on the air for years. Some viewers have grown up with the show, but what can we expect for the future? Kim Kardashian is studying to become a lawyer.

Does that mean she’s planning to quit reality TV? Fans are anxious to find out Kardashian’s plan, and she hasn’t been shy about giving us clues. 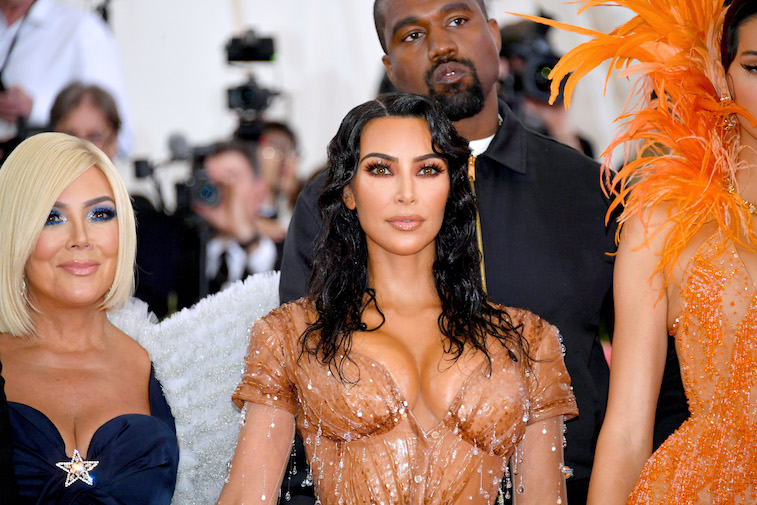 When Kardashian was young, her father, Robert Kardashian, was a lawyer to the stars. Celebrities surrounded her, and she dreamed of becoming one herself.

In a recent interview for her husband, Kanye West for Vogue Arabia, Kardashian admitted that she obsessed over fame. “Money was always the goal but I was obsessed with fame,” she said, “like, embarrassingly obsessed… I do agree that fame can be addictive.”

But now, with the help of her reality show, Keeping Up With the Kardashians, she’s accomplished that goal. Kardashian is a household name, so what more could she want?

It turns out that Kardashian would like to follow in her father’s footsteps and become a lawyer. Although she focused on fame as a young girl, Kardashian was always interested in her father’s career as well. During an episode of her reality show, she admitted that she used to go through her father’s case information while he was working on the famous O.J. Simpson trial.

Her older sister, Kourtney would yell at her, “Stop going through all of dad’s stuff!”

Kardashian is now taking steps to become a lawyer herself. She’s one year into a four-year apprenticeship with a San Francisco law firm which will prepare her to take the bar exam. Her career focus will be prison reform, something that she’s already made substantial progress in when she petitioned President Donald Trump for the release of Alice Johnson, a non-violent drug offender.

Johnson would have spent her life in prison if it weren’t for Kardashian’s help.

Perhaps Kardashian’s sudden switch of focus is the result of motherhood. She told Vogue Arabia, “I never felt the responsibility of being a role model until I had kids.”

While it may be possible for Kardashian to continue filming Keeping Up With the Kardashians during her law career, it’s not something she’s interested in. Instead, she’d like to put all of her focus into law, prison reform, and helping those in need.

During the same episode that Kardashian admitted she went through her father’s desk, she also admitted that she wants to leave reality TV.

“I think he [my dad] would be really proud of me,” she said. “My dad always taught me that hard work is really important and to really commit to things, so my goal would be in like, 10 years, to give up being Kim K and just focus on this and be an attorney and fight for so many deserving people.”

Will ‘Keeping Up With the Kardashians’ last much longer?

So what does all this mean for Keeping Up With the Kardashian fans? The show has already been on the air for 17 seasons, longer than many reality shows. Kardashian said she wants to leave reality TV, but she gave a large time frame for doing that.

A lot can change in 10 years, and it would be hard to imagine the show lasting longer than 27 seasons anyway.

Kardashian is working on her exit plan, and it’s a smart move on her part. Even though viewers love the show now, it can’t last forever. The good news for fans is that she plans to stick it out for a few more seasons, and her sisters may want to continue for even longer.