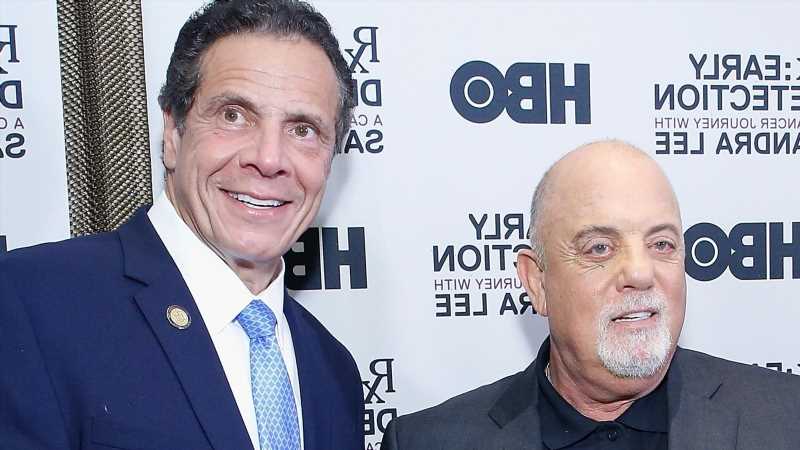 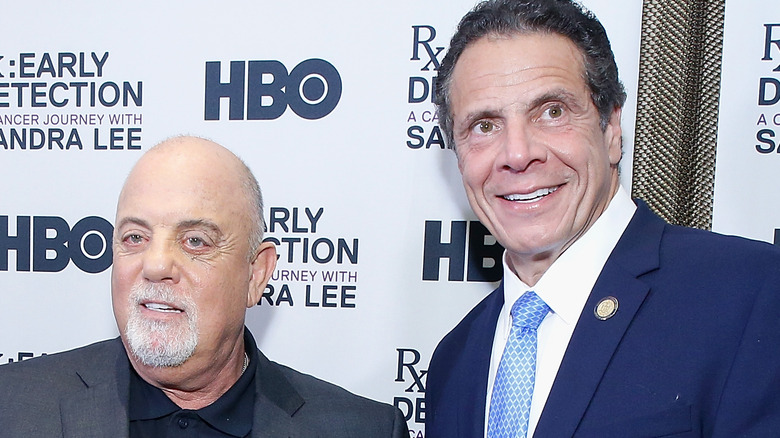 Billy Joel made headlines back in 2013 when he was spotted multiple times hanging out with his newest BFF, Andrew M. Cuomo, the governor of New York. The politician attended the news brief informing music fans that Billy Joel would be making his home in Madison Square Garden for the foreseeable future. The press conference revealed how the two icons believed in one another, with Cuomo saying, “Billy fights for what he believes in … Our prodigal son who left New York for that other coast, but he came back and he penned the greatest love song to the state of New York ever written, ‘New York State of Mind’. Billy Joel is truly one of New York state’s great treasures.”

The hometown heroes hold a place in fans’ hearts, but many wonder how the two became bosom buddies over the years since they often ran in different groups. The friendship has come full circle as Cuomo helped honor Joel for his 100th show at MSG in 2018 (via Newsday).

They both have a New York State of Mind 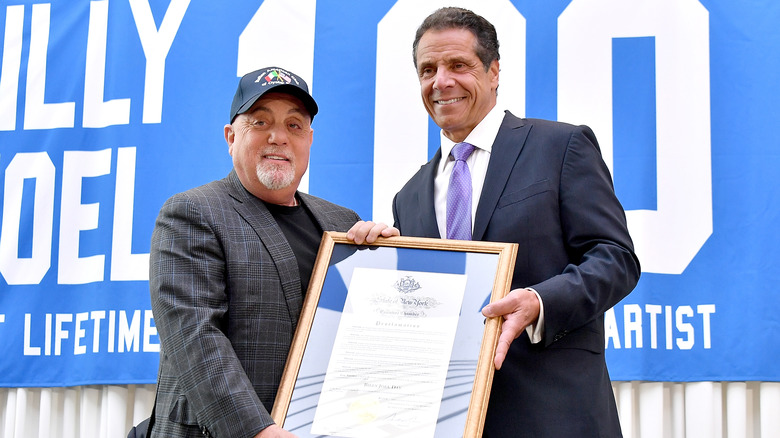 For the longest time, the bromance has been blossoming in front of the public’s eyes. Both Joel and Cuomo are born-and-bred New Yorkers who have supported one another for almost a decade now. However, fans may not know that Joel actually helped raise money for Cuomo’s campaign by hosting a lavish dinner where each plate cost $5,000 (via Page Six). The “Only the Good Die Young” singer also named Cuomo as the godfather to his two youngest daughters, Della Rose and Remy Anne (per People).

You may be right, it may be crazy. But these two hard-working New Yorkers have formed a real bond over the years. While some would argue that a politician and musician have nothing in common, they have made their friendship work. In 2015, Cuomo even presided over Joel’s fourth marriage to Alexis Roderick (per Jet Set Times).

The boys are back in town 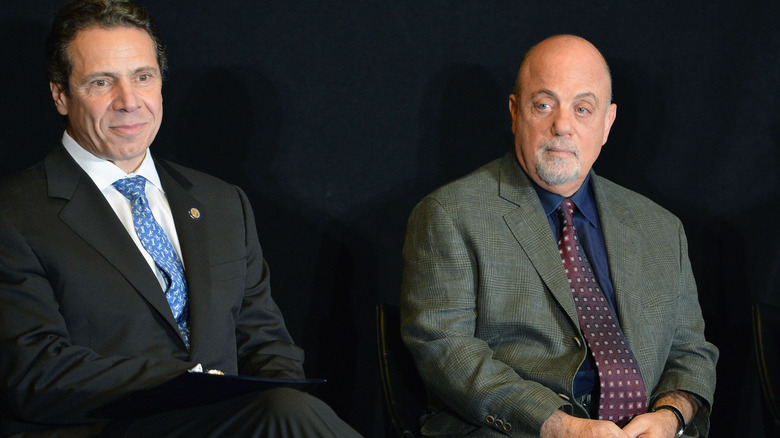 The two have worked together to tackle some major projects like cleaning up Oyster Bay and riding motorcycles to honor 9/11. Cuomo once told reporters that Joel was “a good friend to me. And we have a lot of fun together. We fish together. We ride motorcycles together, and we’re just friends together.” The New York governor continued saying, “And you know, I’m a Queens boy. He’s a Nassau, Hicksville boy, but we grew up very much in the same kind of environment. We’re both middle-class New York guys. And we have the same set of values, so it’s a special friendship for me” (via Democrat and Chronicle).

Joel recently posted an Instagram statement commending how his friend handled the COVID-19 outbreak (via People). The musician wrote, “We are so proud of Governor Cuomo. He is family to us. He is the Godfather of our daughters, Della and Remy, and we chose him, knowing what a strong and steady presence he would be in their lives. No matter how busy he is, he’s always there.” It looks like there will be no breakup any time soon for Joel and Cuomo, leaving fans to ponder what may be next for the duo.