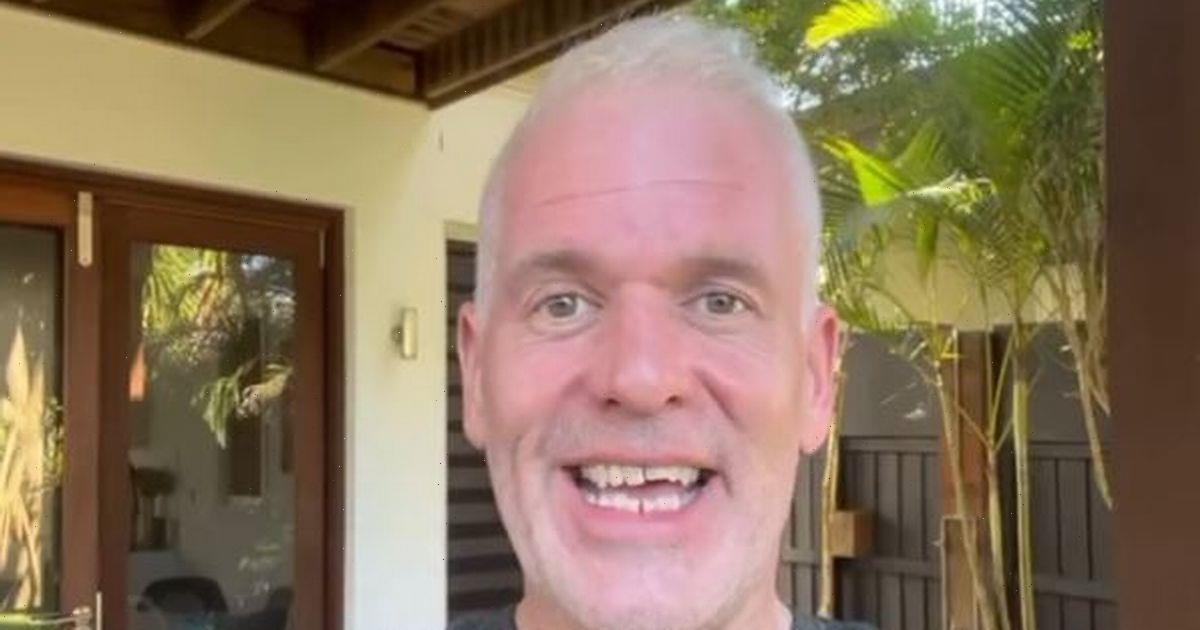 Radio DJ Chris Moyles has offered fans a rare look behind-the-scenes at the I'm a Celebrity… Get Me Out of Here! isolation hotel, while also asking fans for their support.

The 48 year old Brit is currently boarded up in a special accommodation to keep the show as covid-free as possible before the launch night on Sunday.

Chris’ social media is now being controlled by Radio X producer James Robinson, who took to Twitter on Wednesday to offer fans an update.

He wrote: "Chris has been in isolation for 7 days now with no contact with anyone until he enters the jungle. But he’s been given a camera to send back this message – the first we’ve heard or seen from him in a week!"

Chris addressed fans directly in a recorded message posted to his social media where he joked he had “no choice” about I'm a Celeb as his partner Tiffany Austin wanted to revamp their ensuite.

He said: “Hello everyone, it’s Chris.

“And yes I am in Australia, and to prove it, look, blue skies,” Chris said, spinning the camera to show sunny weather which is definitely not the UK.

He continued: “Sorry I kept it from you, I didn’t keep it from you I just didn’t tell you. But yes, it is true, I’m going into the jungle.”

Chris also warned that James is a massive fan of jam, so fans can expect lots of jam-related posts.

He concluded: "Please watch the show, please vote, just don't let me be out first. The embarrassment of having to go to the five star hotel and as far as trials go… medical grounds… I've got flat feet so I can't do anything.

"Anyway please support me in there thank you. See you on the other side."

In the short one-minute clip, fans were able to see a portion of the hotel room, though sadly, a tour seems out of the question.

Chris has also revealed his worst fear as he told his team: “I am genuinely, genuinely petrified.”

Colleagues Dominic Byrne, Pippa Taylor, and James Robinson all questioned what his biggest fear was, to which the presenter admitted that his fear of heights could be his undoing.

Chris explained: “Your entry in from past shows is either jump out of a helicopter or do the plank on the high building which wobbles in the wind, and that absolutely petrifies me.

“I am petrified. Petrified! […] I’m terrified and I’m very emotional by your reaction because now it feels real.”