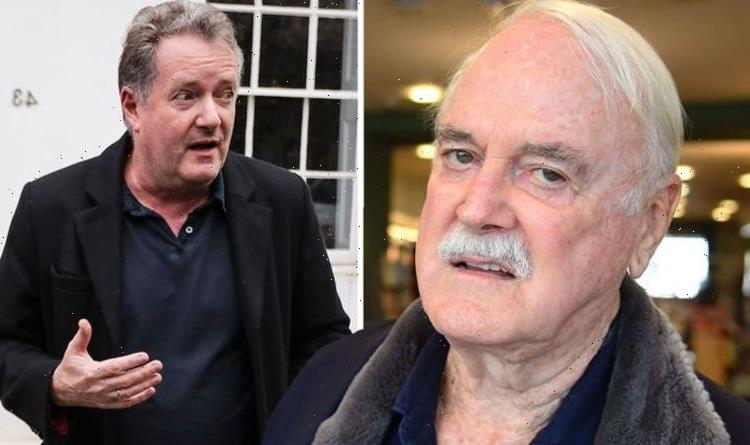 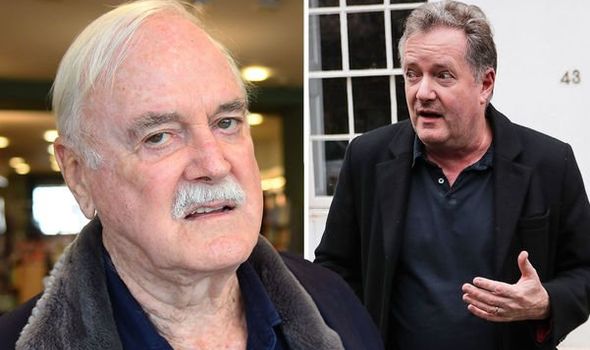 On Twitter today, the 82-year-old actor didn’t hold back on his thoughts about Piers Morgan’s latest move in a savage tweet. The 82-year-old wrote: “I see Murdoch is hiring Piers Morgan as a front man. He’ll probably get about £20 million, and everyone will gasp!

“But think how much more he would be getting if he had any discernible talent.”

Roland Kausen wrote: “When has talent ever been directly or consistently correlated with reward?

“It does happen sometimes, but I know of many vastly talented folks toiling in obscurity.”

Zom B added: “I remember the old days, when people actually had to have talent, experience and qualifications to be hired. Now, any fool will do.”

Piers has since hit back at John, writing: “Awwww, Merry Christmas to you too, Cleesey!

“I love how much this has annoyed you… you bitter sad old bore.”

John’s latest swipe at the 56-year-old isn’t his first, with their feud dating back to 2015.

The Monty Python star previously wrote: “Piers Morgan writes that I didn’t recognise him in a restaurant in New York. I did.

“I just didn’t want to speak to someone I truly detest.”

The former Good Morning Britain host hit back: “I said you DID recognise me & the revulsion was mutual,” alongside a link to his Daily Mail column.

Their row is believed to have started when Piers claimed the actor had turned “into the worst type of whining pub bore”.

“Not quite at Hugh Grant and Steve Coogan levels of hideously sanctimonious tedium, but challenging hard.

“If he’s not trashing his ex-wives, he’s moaning incessantly about tabloid journalists – most of whom long since stopped caring what he doesn’t,” he added.

Taking to social media, he revealed he will be hosting a nightly current affairs show with News Corp and Fox News Media from 2022.

He will also be joining The Sun and the New York Post as a columnist.

Piers was a presenter on Good Morning Britain for over five years until his departure in March this year.

The host didn’t return to the show after he refused to apologise for comments he said about Meghan Markle.

The father-of-four made several remarks about Prince Harry’s wife following her interview with Oprah Winfrey.

His thoughts sparked over 57,000 Ofcom complaints, and after refusing to apologise, he left the show.

His ex co-star Susanna Reid has since been joined by a series of stand-in presenters including Martin Lewis and Richard Madeley.