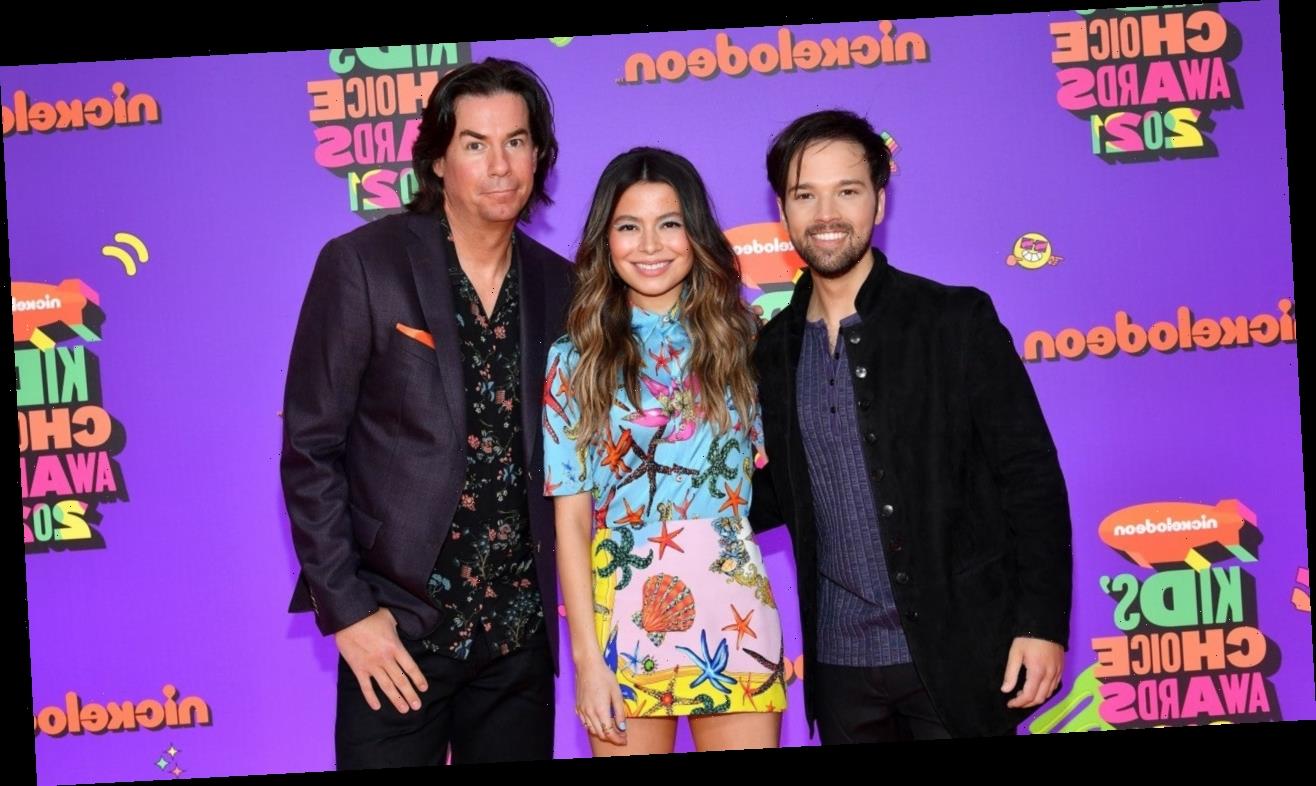 The iCarly crew has entered the building!

Miranda Cosgrove, Jerry Trainor and Nathan Kress reunited during the 2021 Nickelodeon Kids’ Choice Awards on Saturday. The stars of the sitcom — and its upcoming revival — took the stage to close the show and present this year’s KCA for Favorite Movie.

“This is so great to be back here and together again with you guys. And also, our show is coming back,” Cosgrove expressed.

“We need to celebrate! I’m thinking balloons, fireworks, t-shirt cannons, confetti in the shape of our faces and then we throw an all night pizza party paid for by someone else,” added Trainor.

Kress then said, “That all sounds good or we do something even cooler.”

“What’s cooler than a free pizza party?” Trainor asked, with Kress replying, “We hand out a blimp.”

The iCarly cast is Back!#iCarly#ICarlyMemories#ICarlyForever#ICarlyReboot#Nickelodeon#TeenNick#NickJr#KCA#KCA2021#KCAs#KidsChoiceAwards#KidsChoiceAwards2021#ParamountPluspic.twitter.com/zDmsVKDXcp

iCarly ran on Nickelodeon for six seasons and will be returning as a revival series on ViacomCBS’ rebranded streaming service Paramount+. The show followed Cosgrove’s Carly Shay as her internet show, iCarly, became a success. Trainor portrayed Carly’s brother, Spencer, while Kress played her best friend, Freddie. All three actors are set to reprise their roles.

Before they hit the stage, the trio posed for photos on the orange carpet. 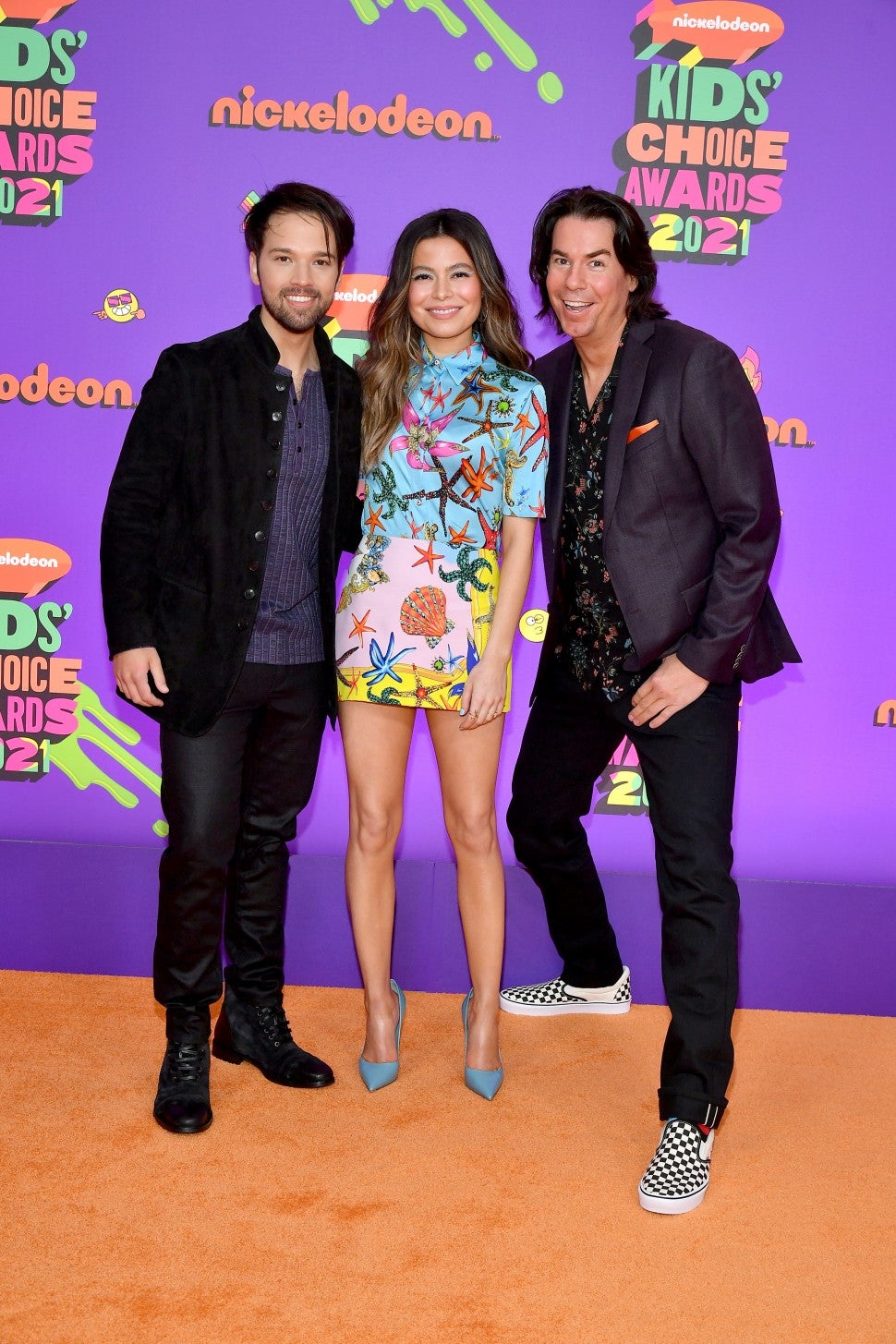 Production is currently underway and in January, Cosgrove shared a photo of herself with Kress and Trainor from the set.

The revival is described “as a new chapter for the most successful kids’ sitcom of all time,” where Cosgrove, Kress and Trainor “join new friends for a look at these characters’ present-day lives, adventures and comedic mishaps,” per Deadline.

See more in the video below.