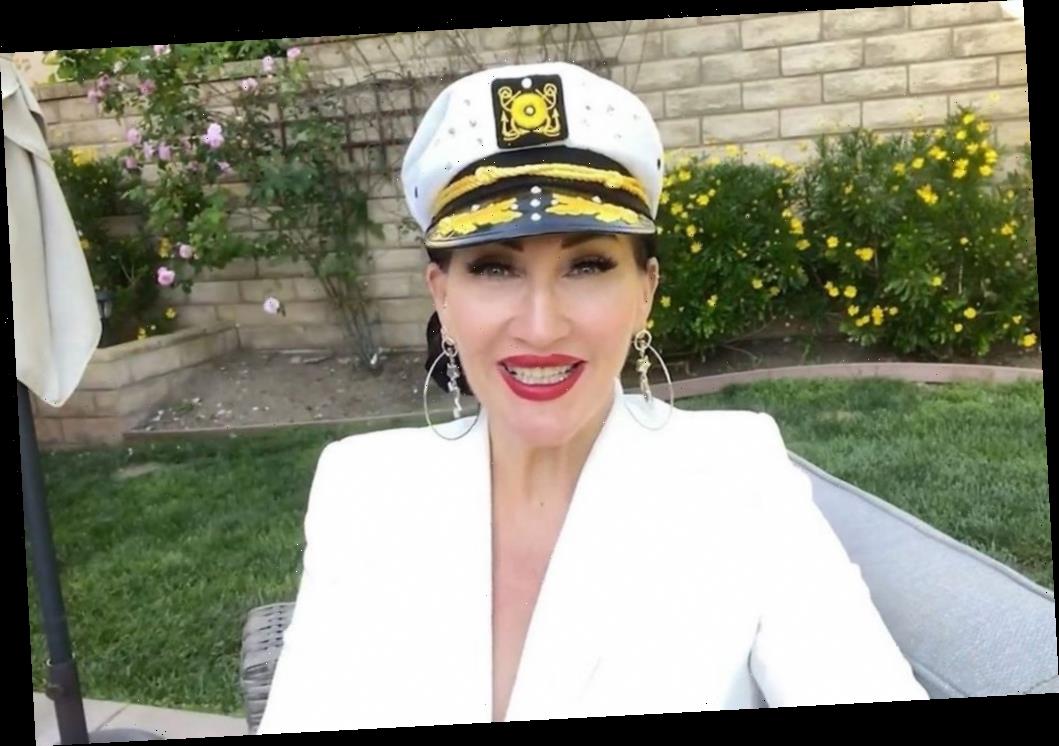 RuPaul and Michelle Visage have been by each other’s side on RuPaul’s Drag Race for a decade now, and their friendship is as strong as ever. The two TV personalities first crossed paths three decades ago and have

RuPaul Charles first rose to fame in the 1980s, first in Atlanta and later in New York City. At the time, RuPaul was a gender-bending drag queen who performed with a band. He became a nightlife personality and was a frequent quest at his friend Lady Bunny’s annual drag festival, Wigstock.

In the early ’90s, RuPaul launched his career as a singer with the hit single “Supermodel (You Better Work).” RuPaul became an MTV sensation practically overnight; not long after, he landed his now-famous Viva Glam campaign for MAC Cosmetics.

RuPaul got his own talk show, The RuPaul Show, on VH1. One of his most frequent guests was his squirrel-friend Michelle Visage.

Michelle Visage was a singer in Seduction and The S.O.U.L. S.Y.S.T.E.M.

In the late 1980s, a young Michelle Visage wanted to break into the music industry as a singer. She joined the R&B group Seduction, which released hit songs such as “Two to Make It Right.”

Seduction toured with Milli Vanilli and other well-known acts at the time. In the early ’90s, Visage joined the dance music group The S.O.U.L. S.Y.S.T.E.M. as a lead vocalist. Their cover of Bill Withers’ classic “Lovely Day,” “It’s Gonna Be a Lovely Day!”, topped the Billboard Dance Club chart in 1993 and appeared in the movie The Bodyguard starring Whitney Houston.

In a 2018 interview with Vulture, Visage recounted the early days of her and RuPaul’s friendship. She said they first crossed paths in “1987, ’88 – we can’t really pin it down,” and knew they were destined to be close.

“I was voguing with my kids,” she recalled. “I was the first biological female to vogue in the ballroom scene and compete.” Her voguing caught the eye of legendary nightlife personality and host Susanne Bartsch.

“Susanne Bartsch found me with the queens that I vogued with at the club,” Visage remembered. “She came over and said, ‘Darling, I want you to vogue at my parties.’”

“Ru would work the Susanne Bartsch parties, and I would always see him and it was kind of like a ‘Hey, girl, Hey, girl,’” she continued.

RuPaul knew Michelle Visage was destined to be a ‘superstar’

Visage went on to describe when she knew RuPaul had her back just like she had his.

“Post-Seduction, we’re doing a new music seminar in New York City together, and I see Ru in the green room,” she said. “I walk over and I go, ‘I don’t know if you remember me.’ And he was like, ‘B*tch, I have been watching you for years. You are a f*cking superstar, of course I know who you are.’