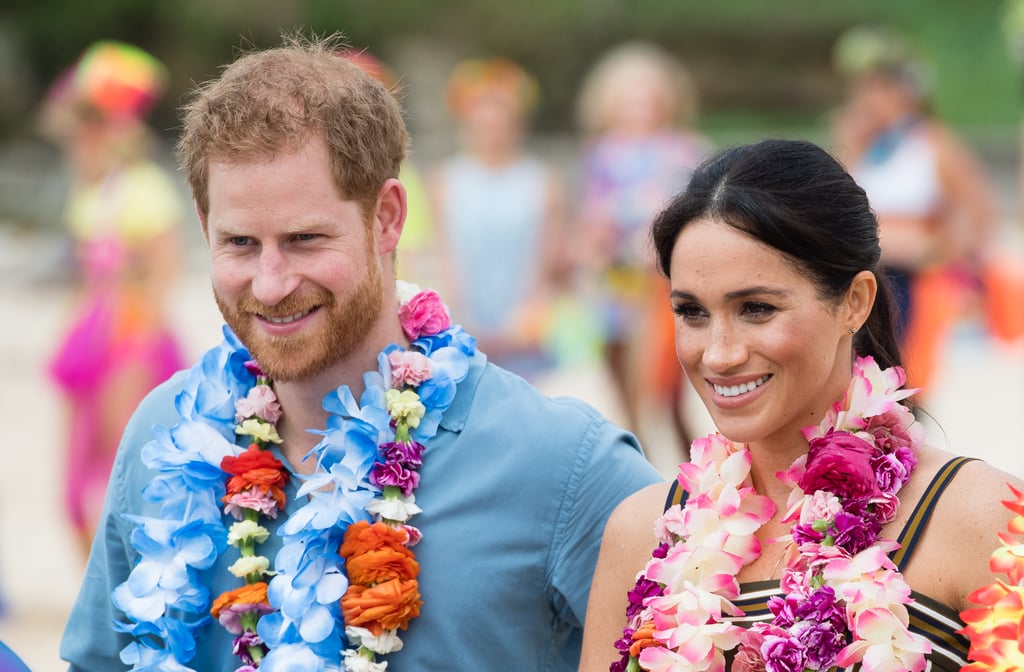 Prince Harry and Meghan Markle are days into their first joint tour of Australia, and between their royal wedding in May and the recent announcement of Meghan’s pregnancy, they’ve basically been getting gifts thrown at them left and right. But during a visit to Bondi Beach on Friday, the duke and duchess were approached by a fan who handed Harry a card featuring his late mother, Princess Diana, Photoshopped into a portrait from Prince Louis’s christening in July. Us Weekly reported that Harry “seemed genuinely touched by the gesture,” adding that he and Meghan thanked the fan and read the card together “while she rubbed his back.”

The original photo was taken after Prince Louis’s christening ceremony, and includes Harry and Meghan posing with Prince William, Kate Middleton, Prince George, Princess Charlotte, and baby Louis, as well as Harry’s father Prince Charles and stepmother Camilla, Duchess of Cornwall. Coincidentally, the fan who Photoshopped Diana into the image did so after removing Charles and Camilla, who famously married in 2005 after carrying on an affair during his marriage to Diana. Harry was just 12 years old when she died in 1997, and there’s no doubt that seeing his mom in a photo with his new wife brought on some emotions.

During their stop on Bondi Beach, Harry spoke to the importance of opening up about emotions, and earlier in the week, Harry gave a powerful speech about mental health during a rainy appearance in Dubbo, Australia. The prince has been open about his own struggles with mental health over the years, which he acknowledged intensified after Diana’s tragic death.