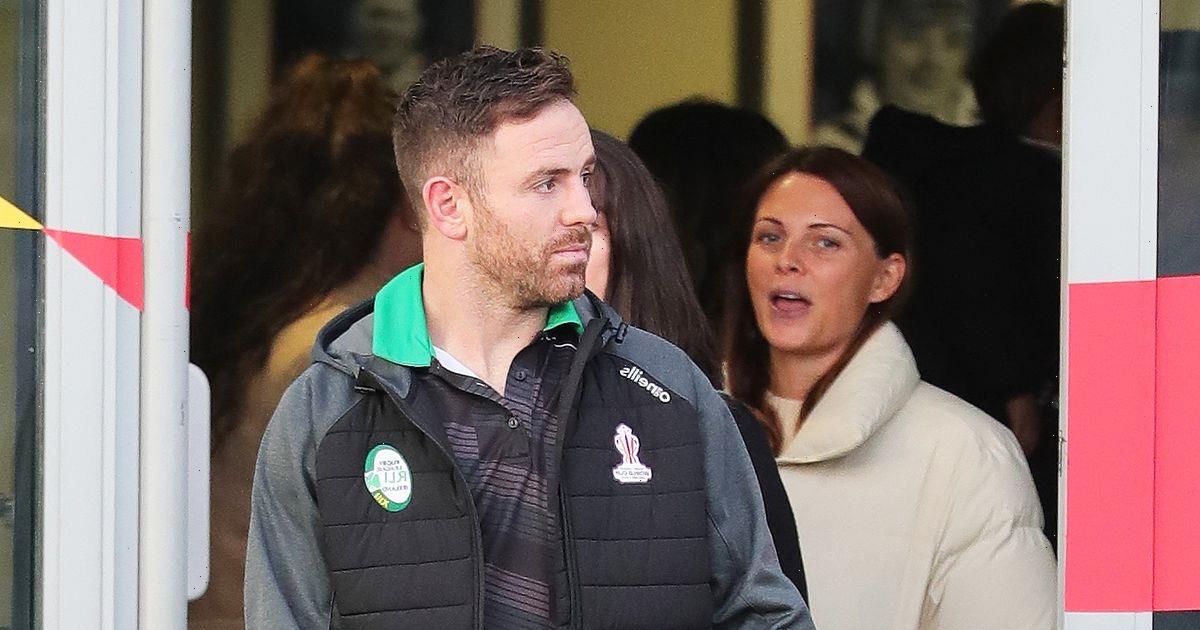 Helen Skelton’s estranged husband Richie Myler was spotted cuddling up to his new partner Sophie Thirkill, who’s currently pregnant with their child together.

Countryfile star Helen, 39, and Richie, 32, called time on their marriage earlier this year after nearly a decade together. They share three children together; the youngest of which was born late last year.

As Helen continues to knuckle down with Strictly Come Dancing rehearsals, Richie has been seen out and about with pregnant partner Stephanie – who donned a large puffer coat in a bid to hide her blossoming bump.

Snaps were taken of the new flames at the Leigh rugby stadium over the weekend after watching Ireland’s match against Lebanon.

Walking out of the stadium, Stephanie could be seen in a white oversized jacket, cropped black trousers and converse, while dad-of-three Richie cut a casual figure in tracksuit bottoms, a t-shirt and rugby coat.

The couple were seen exiting the stadium with a group of friends, and stood with their arms wrapped around one another as people said their goodbyes.

Their PDA comes after Helen recently shared that she doesn’t see herself as a “victim”, despite the hardships she has faced of late.

She also shared that she joined Strictly in a bid to end her year on a high.

Helen told The Telegraph: “I think it would have been disrespectful for me to have not done Strictly. For my family, who need to see me have a great time. It’s not just for me."

She continued: “I don’t see myself as a victim, no, because I mean, look… there are a lot of people who have been in my situation who haven’t been given the opportunities that I’ve got.”

Now, in a newly unearthly interview that took place before their break up, Helen admitted she and her ex Richie went out of their way to avoid one another.

Speaking to The Mirror last year about if she went on dates with her then-husband, she shared: “No… We're not in the house together – we are staying out of each other's way.

"We say this is the dream as we have breakfast, lunch and dinner together but then look after the kids in shifts.”

Helen went on: “You appreciate the other in this situation. I don't think he'll ever say again, 'What do you do with the kids all day?'. Sometimes I would get in from work and he'd be that husband that would look at the kitchen and say, 'How is this still a mess when she’s been off all day?'.