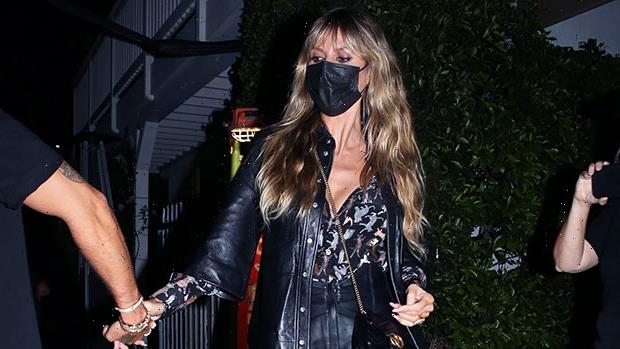 Heidi Klum has stunned in a black leather mini skirt while stepping out in Santa Monica with her musician husband, Tom Kaulitz.

Heidi Klum has stepped out in a gorgeous leather ‘fit for a date night with her husband, Tokio Hotel rocker Tom Kaulitz, 31. The 48-year-old America’s Got Talent judge rocked a black leather mini-skirt for the night out at Giorgio Baldi in Santa Monica on July 1. The German supermodel appeared to be in high spirits as she walked hand in hand with her hubby, and paired her pretty skirt with a patterned blouse, a leather button-up, and snakeskin-printed heels. 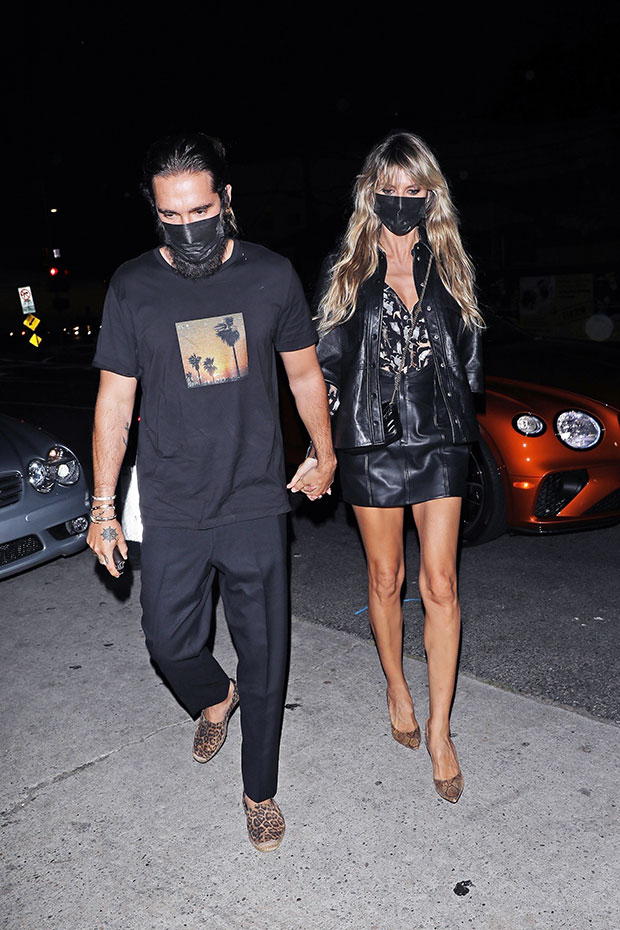 She also carried a black Gucci handbag and wore a protective face mask, as she styled her blonde locks in loose curls. Meanwhile, Tom opted for a black tee, matching pants, and leopard-print shoes. After their meal, the couple were seen getting into their red Bentley convertible.

The outing came just a few weeks after Heidi appeared on Jimmy Kimmel Live! while rocking a glittering red ensemble. During the show, the blonde beauty revealed that Tom gave her a very unique gift on her birthday last year. “It’s the German wall! It’s the Berlin German Wall,” Heidi shared, showing off the chunk of the Berlin Wall that now sits in her front garden. “My husband was actually born in East Berlin, and I’ve been there many, many times. Obviously, I love Germany. This is where I’m from even though I’ve been here longer than I’ve been in Germany. So he gave this to me for my birthday.” 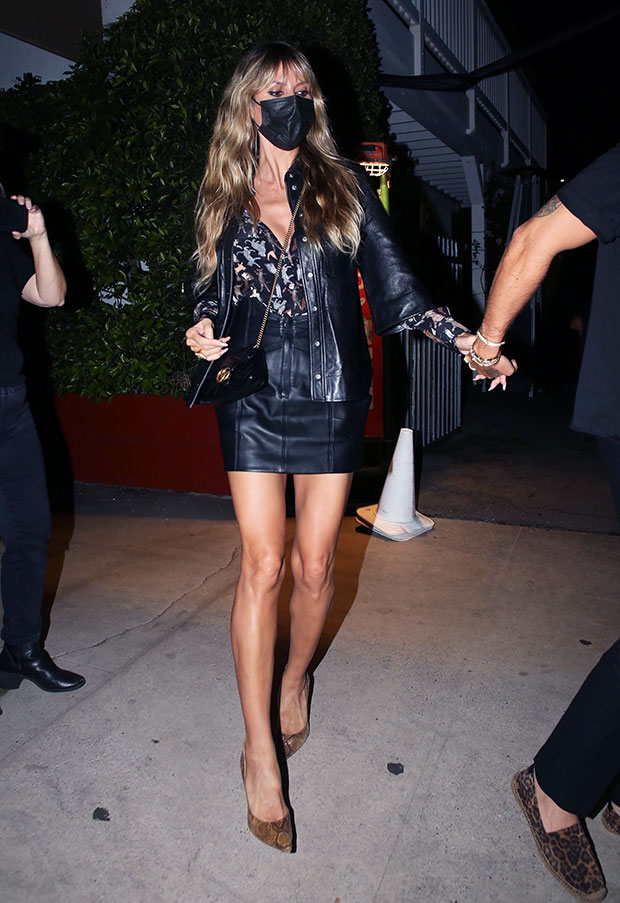 The piece of the wall was shipped from Germany and placed into her garden by a crane. “When you guys fight, do you sit on opposite sides of the wall?” host Jimmy Kimmel asked. “No, but this is good, I like it … I loved it. It’s beautiful. I mean it’s beautiful that it’s broken and it’s not standing there anymore doing what they intended it to do, so I love it as an art piece in the garden.” The Berlin Wall was built to separate the city in 1961, and was famously torn down in 1989. What a unique gift!