Two years on from the release of his highly controversial interview with Oprah Winfrey, and just weeks after his Netflix documentary series levelled a fresh round of damning claims against the royal family, Prince Harry has once again launched a new round of savage attacks on the family with his new memoir Spare.

Spread across 416 pages, the Duke of Sussex doesn't hold back in the book, with criticism contained within its pages directed towards his brother Prince William and step-mother Queen Consort Camilla – but King Charles and Kate Middleton do not escape the scorned Prince’s ire.

There was even a dig at her late majesty The Queen tucked away among the pages too, as Harry blamed the breakdown of his previous long-term relationship with girlfriend Chelsy Davy, on the late monarch’s disapproval. However, alongside the critical remarks about his relatives, the book is also a chance to see Harry’s own personal take on his life to date, with the Duke seemingly contradicting himself as he also professed his love for his family, despite his scathing remarks about them.

Speaking during his interview with ITV’s Tom Bradby to promote the book, Harry even told the veteran journalist, he had hopes of a reconciliation one day, as he just: "wants his father and brother back.”

Here, we take a closer look at some of the most shocking claims contained within the memoir…

Camilla’s leaks to the press Shouldering some of the biggest claims in the book is Queen Consort Camilla, who Harry alleges leaked stories to the press about his brother Prince William.

He also revealed that both he and William begged their father King Charles not to marry Camilla, before the couple finally tied the knot in a quiet ceremony in 2005.

In one section, Harry recalled how a story in the papers featured "pinpoint accurate details" on Camilla's first meeting with his brother, before insinuating she had leaked his information to the media.

He wrote: "None [of the details] had come from Willy, of course. They could only have been leaked by the one other person present.” Dedicated fans of the couple had camped out on The Mall to get the best views of the the royal wedding procession, and William wanted to go and say hello – despite his security team advising against the plan.

Harry wrote: "Willy, already tipsy from the rum, shouted: 'Let's go down and see them!'"

After a night of frivolity, Harry described his brother as ”physically and emotionally exhausted" on his wedding day, and alleges it seemed that William hadn’t even rested when he went to collect him for the wedding itself.

"I was stunned when I went to pick him up in the morning and saw his haggard face and red eyes; It seemed that he had not slept at all," Harry wrote.

Despite questioning whether his brother was okay, William dismissed any hint of unease, with Harry later pointing out that as the car began to move, his brother smelled strongly of alcohol.

In one anecdote, Harry even recalled cracking the window open, covering his nose and offering his brother some mints "by way of mockery”. Another family member who faces Harry’s scrutiny in the book is his own father King Charles, with the Duke claiming that his father had made a series of cruel jokes at his expense throughout his life.

Recalling how Charles is fond of anecdotes, the Prince said how on one particular occasion his father had discussed a visit to a mental asylum where he met a man claiming to be the Prince of Wales – a role that the King had at the time of the visit.

According to Prince Harry’s account of the event, Charles wagged his finger at the patient and said he was the only Prince of Wales.

Adding that his father had a tendency to end things with a “philosophical flash” on this occasion, Charles mused about whether anyone could ever truly be sure they weren’t “living in a fantasy” themselves, or suffering from a mental illness.

Taking things one step further, Prince Harry then described the moment he claims his father jokingly asked him: "Who knows if I'm even your real father? Perhaps your father really is in Broadmoor!" Harry considered the joke to be in “poor taste”, as it was made at the same time that rumours were circulating about the identity of his father, with many suggesting it was in fact James Hewitt and not the King himself.

Princess Diana had a five-year affair with Mr Hewitt when he was a Household Cavalry officer – long after Harry was born.

Harry also claims that his father even jokingly referred to him as the “spare” moments after he was born.

He wrote how Charles, then the Prince of Wales, allegedly told his mother Princess Diana on the day of his birth: “Wonderful! Now you’ve given me an heir and a spare. My work is done.”

Harry then notes media reports claiming Charles went to spend time with Camilla hours after he was born. Referring to Camilla as 'the Other Woman' throughout several portions of the book, Harry shared his fears in his memoir that he had always worried she may turn out to be a “wicked stepmother”.

Likening their first meeting to getting an injection, the Prince wrote: “Close your eyes and you won’t even feel it.”

He also boldly accused Camilla of “campaigning” for the crown, after her relationship with his father was finally made public. No account of Harry’s life would be complete without touching on the tragic loss of his mother Diana in 1997.

Recalling the moment he had learned of her tragic death, Harry described the moment he was woken by his father Charles while at Balmoral, who delivered the tragic news that Diana had died following a car crash in Paris.

In his recollection of the moment, Harry explained how his father didn’t hug him following the crushing news, but instead placed a hand on his knee and told him "It's going to be OK”, something he attributed to his father’s difficulty in showing his emotions. In the first few pages of Spare, Harry wastes no time in twisting the knife between himself and his brother William, as he opened up about the talks held between himself, William and Charles when he came to the UK for Prince Philip's funeral.

He also appeared to take another swipe at his brother, as he revealed he no longer looked like their mother Diana after having aged, as he added: "His famous resemblance to Mummy, which was fading with time.” One of the most explosive revelations to come from the book, is that a physical confrontation took place between him and older brother William at Nottingham Cottage in Kensington Palace in 2019.

During the alleged altercation, William had branded Harry’s wife Meghan as “difficult”, “rude” and “abrasive” – comments which the younger brother said parroted “the press narrative” about his wife.

During a heated argument, insults were launched by both sides, before he told William his claims that he was trying to help were incredulous.

The Duke of Sussex then alleges: “(William) called me another name, then came at me. It all happened so fast. So very fast. He grabbed me by the collar, ripping my necklace, and he knocked me to the floor.

"I landed on the dog’s bowl, which cracked under my back, the pieces cutting into me. I lay there for a moment, dazed, then got to my feet and told him to get out.”

After the awkward encounter, Harry claimed that William had urged him to hit back but he refused. He also added that his brother later apologised for his behaviour. While reflecting on his younger years, Prince Harry also addressed the now infamous decision to wear a Nazi uniform to a costume party in 2005.

After pictures emerged of the young royal wearing the image, the entire family was soon the subject of an intense backlash, and widespread condemnation of the Prince’s decision hit tabloids around the world.

However, in his new book, Harry claimed that William and Kate approved of him wearing it, and had even “howled with laughter” when he first contacted them to seek their advice over whether he should wear it to attend the soiree. 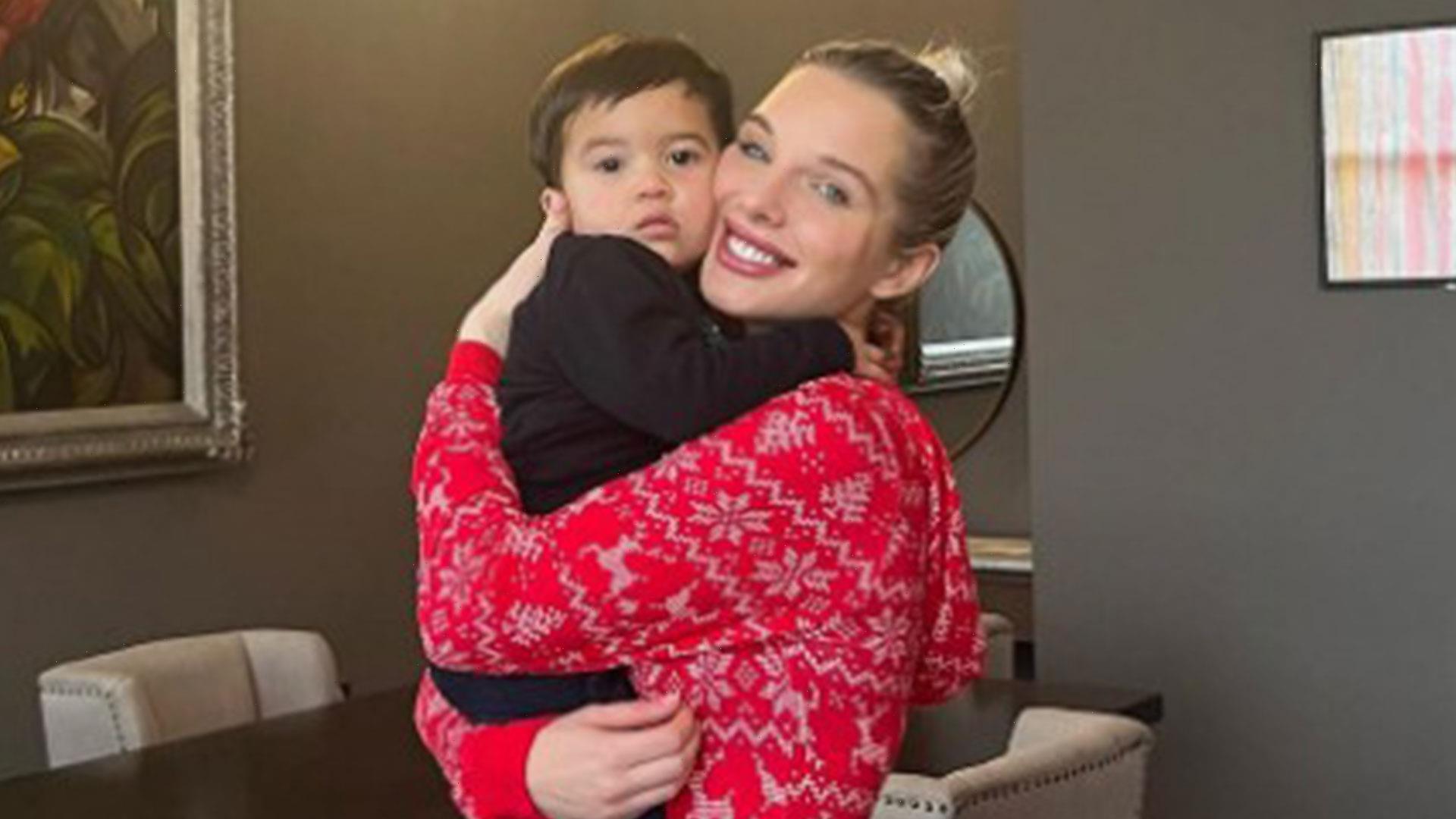 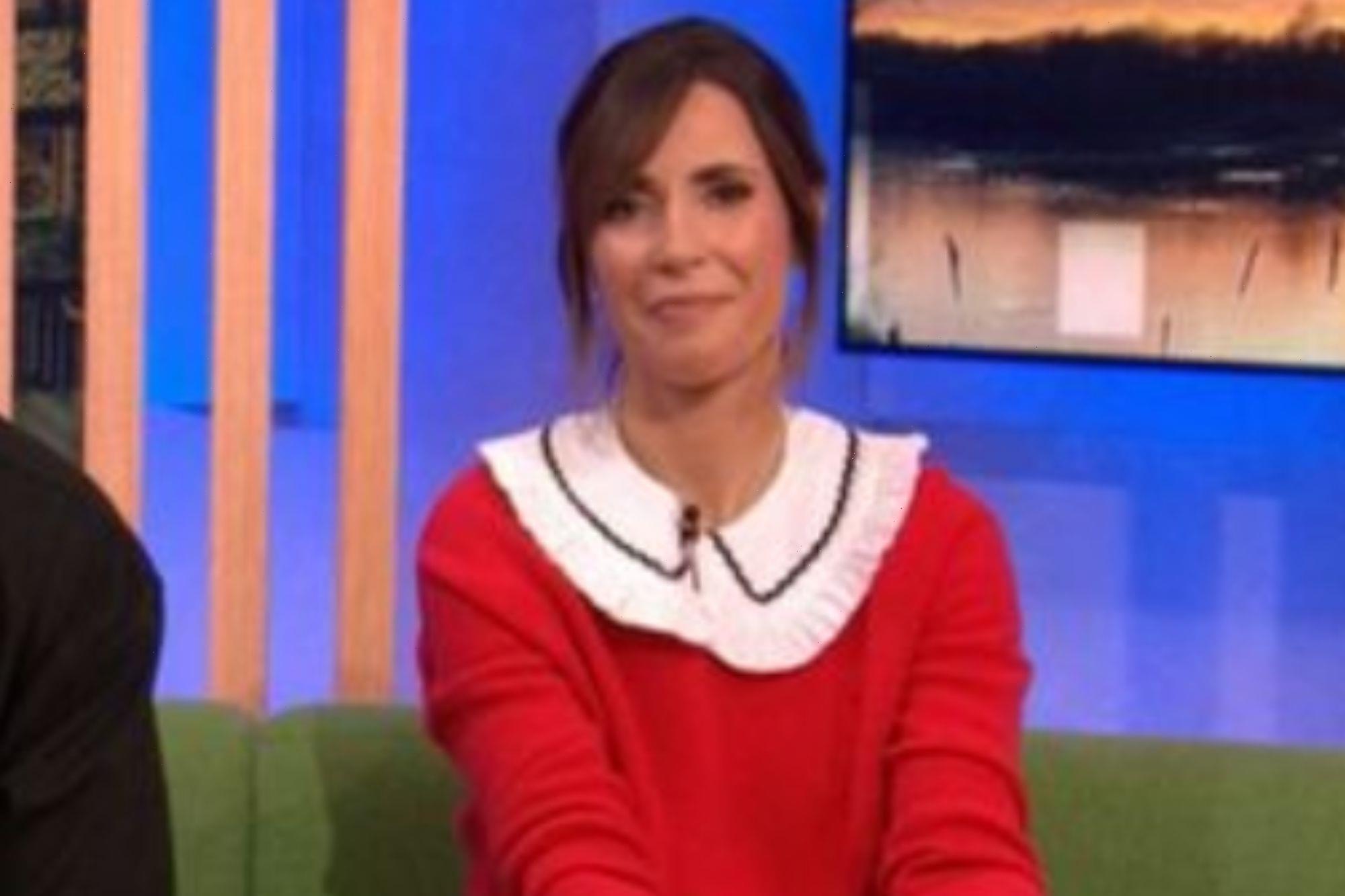 Next post The One Show fans seriously distracted by Alex Jones' striking outfit – but can you spot why? | The Sun