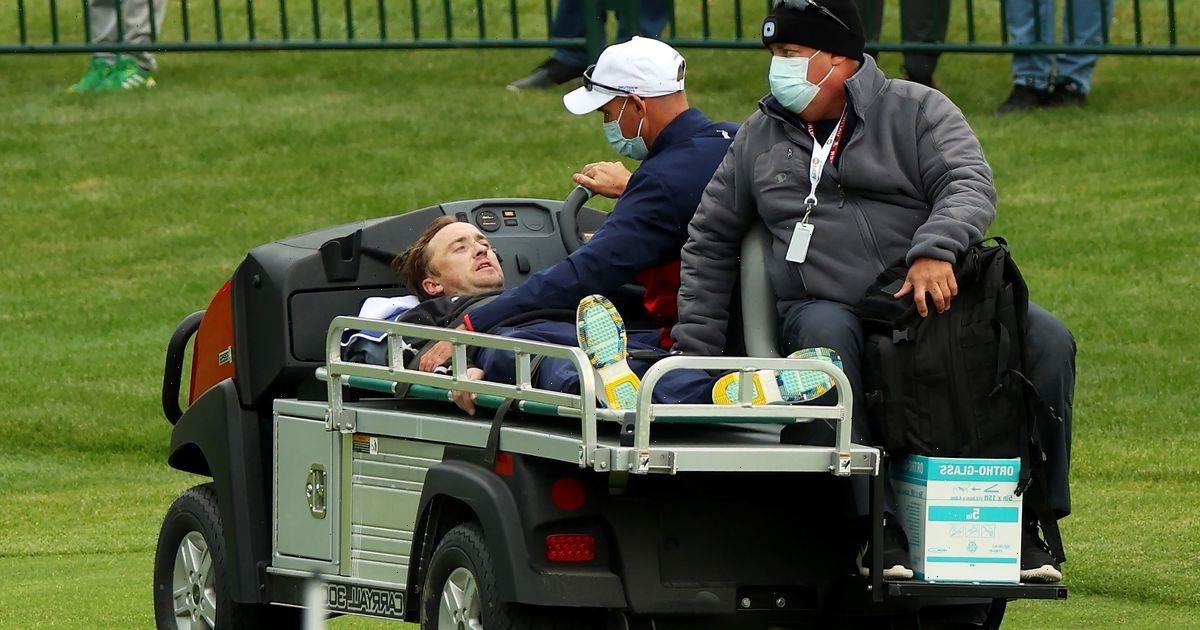 Tom Felton was rushed to hospital after collapsing while taking part in a celebrity golf tournament on Thursday.

Pictures show Tom surrounded by onlookers before being transported away from the green on a small cart. Getexclusive celebrity stories and fabulous photoshoots straight to your inbox with OK!'s daily newsletter . You can sign up at the top of the page.

They said in an official statement: "In today's Ryder Cup Celebrity Match, actor and musician Tom Felton experienced a medical incident on the course while participating for Europe.

"He was transported to a local hospital for treatment. No further details are available."

Fans of the star have been wishing him well online as one tweeted: "I hope everything is okay with you! Get well soon, take care of yourself and best wishes from Germany."

Another joked about his most famous film role: "seen in the news you collapsed at the ryder cup. Get well soon or I'll tell your father about this draco".

A third simply put: "wishing you a speedy recovery."

Tom is yet to update any of his social media accounts, leaving his current condition unknown.

On Wednesday, the Potter star celebrated his 34th birthday and posted a selfie on Instagram.

Tom captioned the post: "33 years done – good lord it’s been so much fun getting here – yet, somehow, I still feel the best is yet to come – thank you all for your love , support & sense of humour – let’s keep a good thing going – to the next 33 xx."

The star made his acting debut in the 1997 feature The Borrowers, before becoming a household name in 2001 after appearing in Harry Potter and the Philosopher’s Stone at 14 years old.

As the Covid-19 pandemic pushed countries to lockdown, a virtual Harry Potter cast reunion was organised by Tom in 2020. Tom hosted the virtual reunion with his former co-stars as they discussed their time together on set and what they’ve been up to since.

Harry Potter himself, Daniel Radcliffe, said of his possible plans for a 2021 celebration for the franchise: "My first thoughts are that this is but a mere preview of the nostalgia we'll be immersed in next year when it hits 20 years since the first film was released."