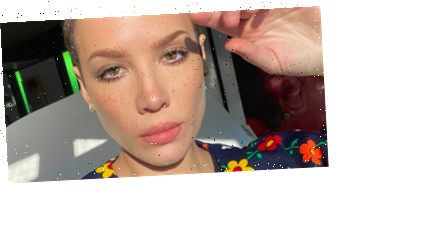 Halsey just went ahead and shut down speculation about whether or not her pregnancy was planned, hopping on Instagram to say that yep—it was. But also it doesn’t matter if it wasn’t? And ultimately it’s no one’s business but hers?!

Hopping on Instagram Stories, Halsey wrote “Why is it ok to speculate and pass judgement about fertility and conception? My pregnancy was 100% planned, and I tried very hard for this bb. But I would be just as happy even if it were another way.”

Halsey announced that she and her partner Alev Aydin are expecting back in January, sharing cute pics from her maternity shoot on Instagram:

A source told People at the time that “Halsey and Alev seem great. They spent the weekend together in Los Angeles. Halsey seems very excited about the baby. After the pregnancy announcement, she now wears clothes that show off her cute bump.”

The singer has also opened up about how pregnancy has “leveled” her perception of gender, saying on Instagram, “I’ve been thinking lots about my body. it’s strange to watch yourself change so quickly. I thought pregnancy would give me very strong, binary feelings about ‘womanhood’ but truly it has leveled my perception of gender entirely,. My sensitivity to my body has made me hyper aware of my humanness and that’s all. Doing a remarkable thing. And it’s grand. I hope the feeling lasts. I cook a lot, sleep even more, and read lotssss of books. I miss my family. And you guys too! bye for now.”

You love all the deets on celeb news. So do we. Let’s overanalyze them together.