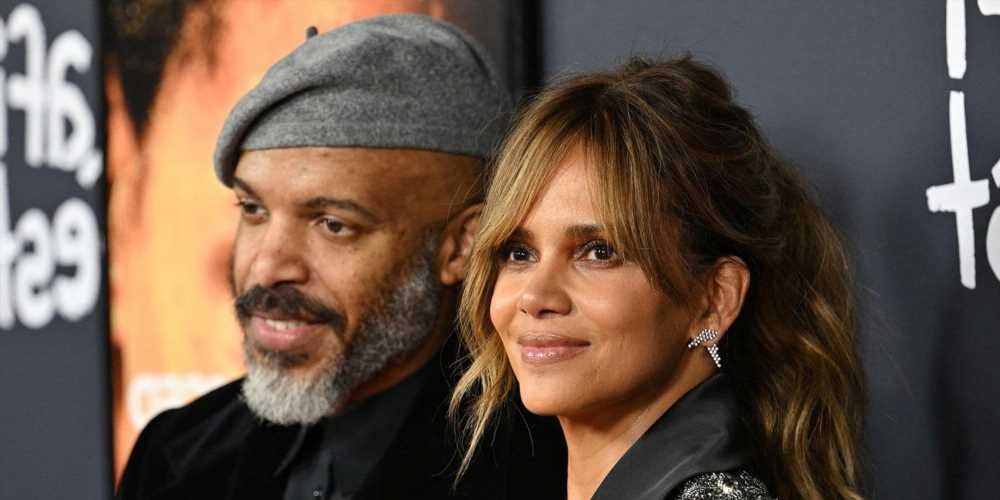 Fans can stop asking when Halle Berry and her crooner beau Van Hunt are getting married, because it's already gone down — sort of. In a new interview with Entertainment Tonight at the AFI Fest screening for Berry's new movie, Bruised, the couple shared that her 8-year-old son, Maceo, officiated an impromptu wedding for them after someone wanted to know if the two were "official."

"I would love to," Hunt told ET after being asked whether or not he would ever marry Berry. She quickly reminded him that they were, saying, "It is official."

Berry also told ET that she loved working with him on the film's soundtrack, calling him her "person."

"That was amazing, and I love working with Van. He is my person, he wrote the title song and H.E.R. sang it, 'Automatic Woman,'" she expressed. "But what I loved was getting to bring all these women together to create the first-ever hip-hop album. Like, it had blown my mind that that had never been done before, and I thought, 'Well shit, I'm gonna do it!" Berry and Hunt have been together since last fall and haven't been shy about their relationship online. And while followers will never say no to content from their favorite couple, Berry has spoken about the pressures of living her life online and facing the possibility of negativity.

"The thing I hate, and this will never stop, I know because it's the nature of the world, but I really hate the negativity that gets on there. I just really want to like, slap these trolls because it really is damaging to people," she told Essence. "It's damaging to young people and I really wish that if you really didn't have something [nice] to say, don't say it. If you've got something so negative to say about somebody, why are you on their page?"