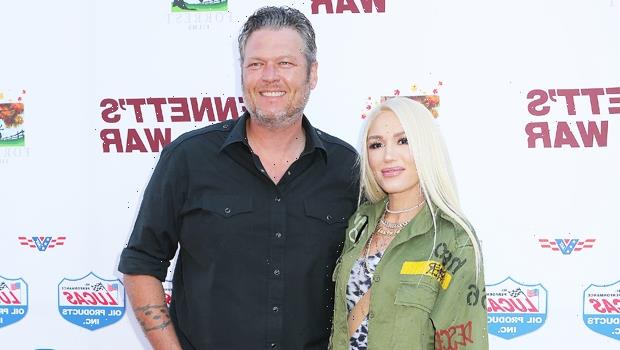 Days after Gwen Stefani sparked marriage rumors with a sparkler on her finger, she was seen again with a diamond band on her hand, hinting that she might have tied the knot with Blake Shelton.

Though Gwen Stefani was covered in jewelry on her Tuesday (June 15) solo outing in Los Angeles, the one piece that caught everyone’s eye was the diamond on her left hand. Gwen, 51, sported some serious sparkle along with her sporty look (CLICK HERE TO SEE PICS), furthering speculation that she and Blake Shelton got married in secret. While walking in L.A., the No Doubt singer rocked navy blue sweatpants from her Anaheim Hillbillies clothing line, a yellow t-shirt, and fringed white high-heel cowboy boots. Her arms, neck, and ears were covered in jewelry, but none shone brighter than the ring on her finger.

This sighting comes four days after Gwen first raised suspicion that she and Blake, 44, were about to tie the knot. “SHE’S GETTING MARRIIIEEEED,” she captioned an Instagram photo of her sipping from a glass of wine while holding a gift wrapped in white paper. The string of emojis she added to the post’s caption –  an engagement ring, a bride, a women’s gender symbol, and a face covered in hearts – suggested this was her bridal shower. 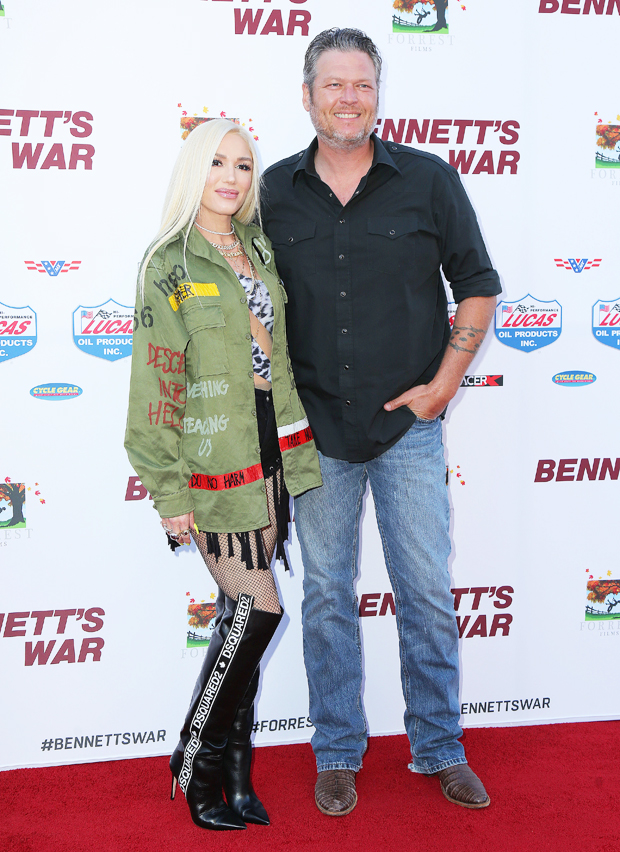 The following day, Gwen was photographed alongside Blake and her son, Apollo, 7, in Santa Monica. While Gwen’s look was the picture of blue-collar casual – torn jeans, a half-tucked polo, a trucker hat – she wore a diamond band along with her engagement ring, hinting she might have already said “I Do” when no one was looking.

Blake proposed to Gwen in October 2020 after five years of dating. “Hey @gwenstefani, thanks for saving my 2020… And the rest of my life… I love you. I heard a YES!” the country star tweeted, along with a photo of him kissing Gwen while she held up her hand (with the new engagement ring on her finger.) Blake shared details about the proposal during a December 2020 episode of The Bobby Bones Show. “The only thing I had planned was that I knew I wanted to do it in Oklahoma while all her kids were there [as well as our siblings],” he said. 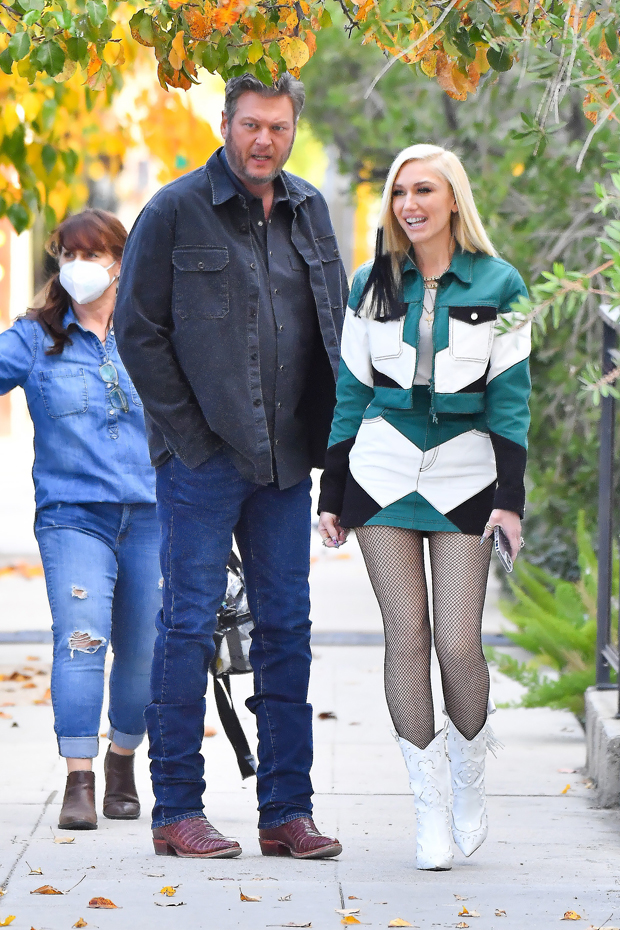 “I wanted everybody to be there in the moment,” he added. “I didn’t want to take her away or do something private away from the kids,” he revealed. “I felt like it was important for the kids to be a part of that moment, so that’s what I did.”