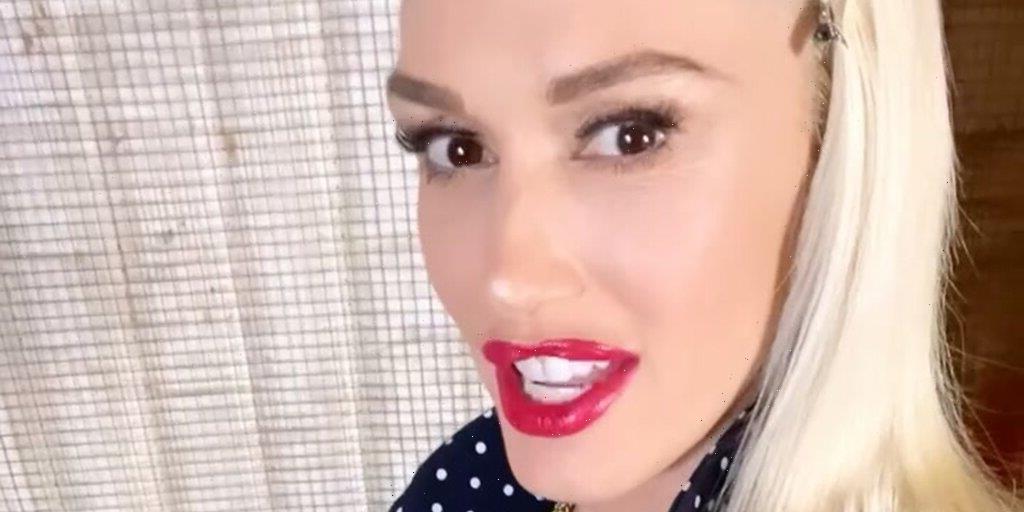 It's been 25 years since No Doubt released their single "Don't Speak," and Gwen Stefani is celebrating the milestone anniversary with an iconic fashion throwback. Posting to TikTok on Thursday, Stefani uploaded a short clip of herself wearing the same navy polkadot dress she first debuted in the song's 1996 music video.

She paired the pearl-buttoned dress designed by Marco Marco with a classic red lip and fishnets, and added a modern-day twist with an accessory that paid tribute to her fiancé Blake Shelton.

While the 2021 version of her ensemble was similar, it wasn't identical. In the original music video, Gwen performs barefoot in a garage alongside her bandmates, but this time around, she slipped on a pair of white fringed cowboy boots in a sweet nod to Shelton. "Look at that," said Gwen in her TikTok clip, as she showed off her outfit. Before panning down to her feet, she added: "Except for a little bit of Blake."

This isn't the first time Stefani revisited the iconic look. In January, she released her "Let Me Reintroduce Myself" music video, in which she took a fashion trip down memory lane, wearing outfits that singlehandedly defined her style over the years — including the famous polkadot dress.