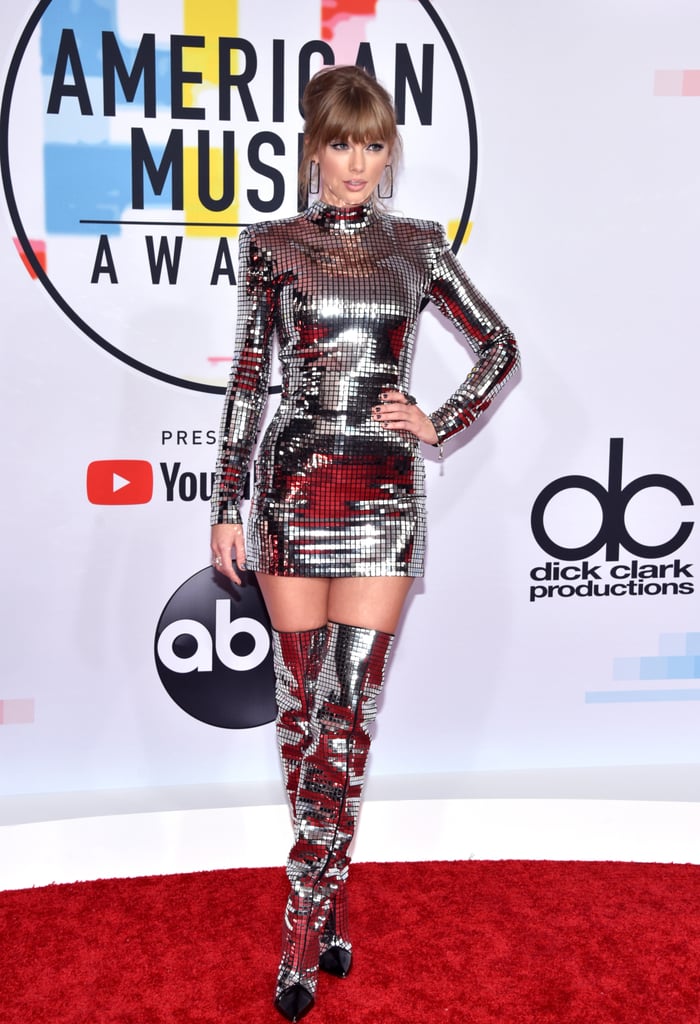 Taylor Swift did not come to play when she arrived at the American Music Awards in LA on Tuesday night. The singer took a break from her Reputation tour and nearly blinded us when she hit the red carpet in a silver minidress and matching boots. Taylor — who is nominated for four awards — is scheduled to open the show tonight with her hit “I Did Something Bad,” marking her first time hitting the AMAs stage since 2014.

Over the weekend, Taylor grabbed headlines when she finally broke her political silence on Instagram. Despite her previous decision to keep her political views private, Taylor shared a post on social media about who she plans to vote for in the upcoming midterm elections. “In the past I’ve been reluctant to publicly voice my political opinions, but due to several events in my life and in the world in the past two years, I feel very differently about that now,” she wrote. Naturally, the internet had a meltdown. Will Taylor make another political statement at the AMAs? Guess we’ll just have to wait and see.

Previous post Stan Lee Addresses Claims That His Daughter Abused Him: 'We Have Occasional Spats'