Gordon Ramsay, 51, admits wearing his 18-year-old son’s pants around the house after being ‘gutted’ when left home for Exeter University

The day when their children finally leave home and head off to university can be emotional for any parent.

But TV chef Gordon Ramsay has found a novel approach to dealing with his empty nest.

The 51-year-old admitted he was so heartbroken by his son Jack, 18, going to Exeter University that he found himself sitting in his son’s room and trying on his clothes. 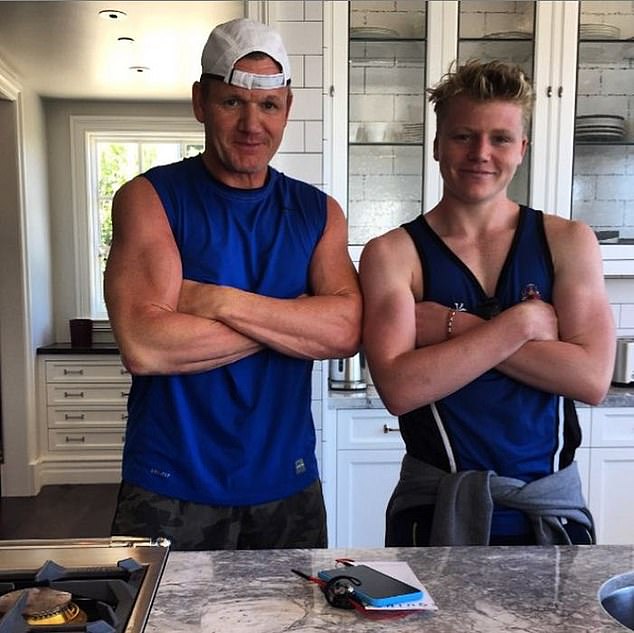 ‘I went upstairs to Jack’s bedroom last weekend and I opened the door,’ he told a US chat show. ‘His socks and pants are there – and five minutes later I am wearing them.

‘He is the same size. All mine were in the bloody wash so I thought Jack has nicked my bloody pants again. Low and behold upstairs in his drawer. So I put them on and just sat on the bed thinking, “damn bud I miss you”. Seriously.’

Jack’s twin sister Holly, who studies in London, has also left to move into university halls, leaving her father feeling ‘lost’ and ‘heartbroken’.

The star, who has four children with his wife of 22 years, Tana, 44, said he is desperately missing the pair and now hopes their youngest daughter Matilda, 16, will stay at home until she is 25. The couple’s eldest daughter Megan, 20, is studying psychology at Oxford Brookes University.